Strings are a bunch of characters within quotes.

Concatenation is a long word that means you're putting things together.

string formating is a great way to template things

Accessing characters in strings by index 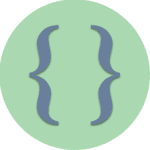 Learn Dart before you Flutter

Learn the basics of the Dart programming language

Customize your own dictionary - Python Tips

What should you do if you find a bug on a platform?