This article was first published on our open-source platform, SimpleAsWater.com. If you are interested in IPFS, Libp2p, Ethereum, Zero-knowledge Proofs, DeFi, CryptoEconomics, IPLD, Multiformats, and other Web 3.0 projects, concepts and interactive tutorials, then be sure to check out SimpleAsWater.

Before we explore how to use IPLD for the document store based interface, have you read the PART 1 of this series yet? Here's the link to PART 1 in case you want to catch up!

Getting Started with IPLD: Hands-on IPLD Tutorial in Golang: PART 1

TLDR: In PART 1, we explored the basic concepts of IPLD, how it is used in IPFS. We also scratched the surface by building a key-value based database interface on IPFS using IPLD.

In PART 2 of the series, we will directly dive into the coding and see how to enhance the functionality to build document storage (similar to MongoDB and other document databases).

If you get stuck in any part or have any queries/doubts, then feel free to reach us out on our discord channel.

Here is final shown down 😎 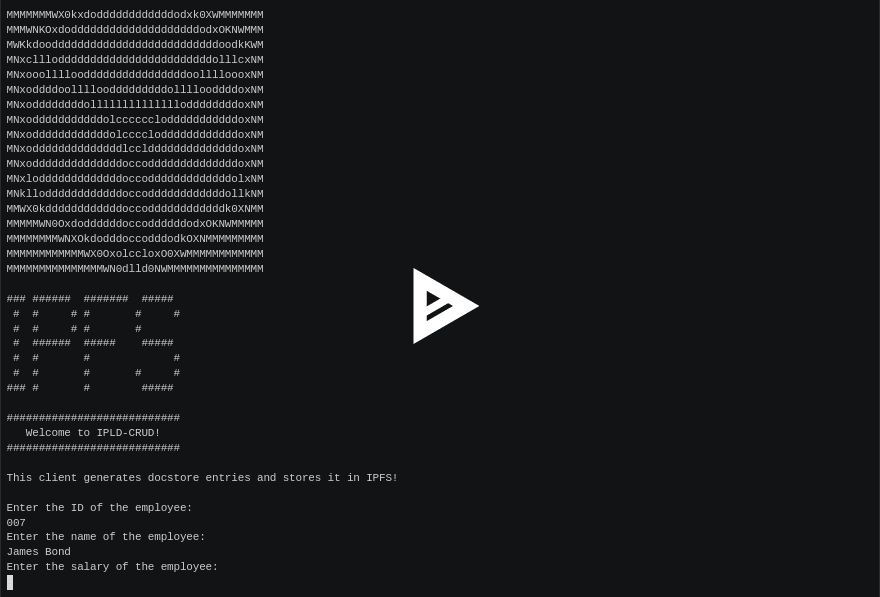 In contrast to PART 1, our data structure will be a structure which will be further mapped by a string type key. Each document entry we store is of the following format. This is very similar to how you develop schemas:

As shown above, we have defined SampleStruct, which defines three fields representing an employee's data record. This means, we can contain each employee's ID, Name and corresponding Salary amount in the structure's instances.

Changing the Way We Track Entries 🧐

Further, we need to manage this relationship in mapping by its own ID to facilitate Read or Lookup operations for each employee record. Hence, we update the current mapping as follows:

Once the object is created and the captured values are assigned, we can map the same object in the mapping by its own ID value. Once the mapping is updated, we can now write it to the Merkle DAG as follows:

If you are scratching your heading thinking what does a DAG means & what does DagPut function do, then we recommend going through the PART 1 of the series.

We have now successfully written the mapping to the IPLD DAG and a CID may be returned. Yay🎉🎉

A Change in Reading DAGs for Entries

Now, we must update our code to read the document from the mapping. In contrast to PART 1, the read operation will not be returning a mere single-value. It will be returning the whole JSON document as defined in the schema. Hence, we update the getter function by changing the return type as follows:

Now, let us call this getter/read function in main.go as follows:

We hope you had fun learning how to enhance the code to support document storage. Go crazy and build your own decentralized document database! 🤪

If you get stuck in any part or have any queries/doubts, then feel free to reach us out on our discord channel.

And here is the link to the full implementation of the code on GitHub. 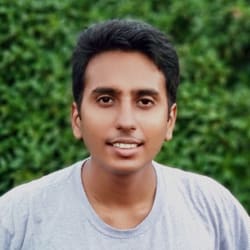 Ganesh is an expert in emerging technologies and business strategy. He has co-founded, bootstrapped, mentored several start-ups and initiatives across SaaS, eCommerce, IoT, Blockchain & AI.

He is a contributor to several open-source projects including Ethereum and IPFS. He is also a moderator at the Ethereum Research forum.

He is also the author of the Hands-on Artificial Intelligence for Blockchain book.

Vaibhav Saini is Co-founder of TowardsBlockchain, Dappkit & SimpleAsWater. You can know more about him here.

How do you implement notifications?