Warning: This is a long tutorial, (also, this is my first tutorial, so it will probably not be good :) 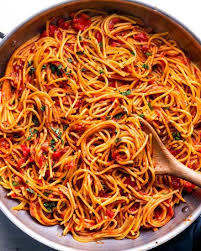 However, another way to code came up, this method was less like spaghetti and more like neat, organized breadsticks. 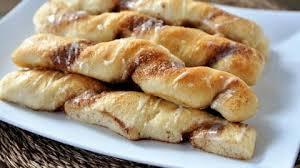 Now let's imagine that we are a kitchen making company. We are also excellent programmers, so we are writing some code to help with the kitchen making process. We need to come up with a generic template for the kitchen. We have to type (typing is important, do not copy and paste) this code in.

The __init__ method (a.k.a function) is a dunder method (double underscore). A dunder method is a type of function that allows built the class to interact with built in functions, however this __init__ method is important because it allows . self tells python that this variable is part of the GenericKitchen class (more on this later).

Get Inventory is a function that inherits from self and therefore inherits all the variables from self. kitchenWidth and kitchenHeight are local variables, meaning that they cannot be used outside of the function.

To call a class, type:

You might be wondering, why did python print I have been inited on the screen if you didn't call the function. Well, the reason why is because the __init__ method is a dunder method, it's function is to do something when the class is called. It looks similar to,

Why, because list is a class. The list's __init__ method generates a list and returns it to the variable number.

Self is a very important concept to understand (understand yourself too :)

self is the container for all the variables shared by the class. For example:

What is happening is that with each class definition, self is defined with it. self then becomes the container for everything declared in the class that is shared among the class. When printName takes the argument self, it takes all of the variables and functions associated with self such as self.age and self.setAge. When we pass a class to a variable, what is happening is that self gets passed along with it, self will then equal the variablename

Classes are important to know to both model things, and for cleaner code. Breadstick Code is better than Spaghetti Code (I just made Breadstick Code Up). Classes are defined using class ClassName. self is where all the instances of the class are contained.

Tomi Adenekan
It was my idea to use your idea
Klog 1: Cleaning up messes
#python #opensource
Introducing Klarg v0.0.1
#python #showdev
The Way of the DEVELOPAH
#python #codequality #productivity

Once suspended, tominekan will not be able to comment or publish posts until their suspension is removed.

Once unsuspended, tominekan will be able to comment and publish posts again.

Once unpublished, all posts by tominekan will become hidden and only accessible to themselves.

If tominekan is not suspended, they can still re-publish their posts from their dashboard.

Once unpublished, this post will become invisible to the public and only accessible to Tomi Adenekan.

Thanks for keeping DEV Community 👩‍💻👨‍💻 safe. Here is what you can do to flag tominekan:

Unflagging tominekan will restore default visibility to their posts.