What is version control?

Version control is what helps developers track and manage changes in a project's code. As a software project grows, it becomes that more crucial to have quality version control.

Once the developer's portion of the code is working properly, he or she is able to merge it back to the main source code to make it official.

Git is the most widely used modern distributed version control system. It is an open source project that was developed in 2005 by Linus Torvalds. Linus also created the Linux operating system kernel. A number of software projects, including open source, rely on Git for version control. This means the entire codebase and history is available on every developer's computer, which allows for easy branching and merging.

Git focuses on file content and is not fooled by the names of the files, unlike other version control software. Git has also been designed with the integrity of managed source code as a top priority.

Though Git can be said to be difficult to learn, Git is a very well supported open source project that is widely adopted and attractive for countless of reasons. It has the functionality, performance, security, and flexibility that most teams and individual developers need. It is a tool with power to increase any developer's development speed.

GitHub is a company that offers a cloud-based Git repository hosting service. This makes it easier for software teams and individuals to use Git. The GitHub service was developed in 2007 and launched in 2008 by Tom Preston-Werner, Chris Wanstrath, P.J Hyett, and Scott Chacon. GitHub, Inc. was originally a flat organization with no middle managers.

With GitHub's user-friendly interface, Git became user to use. Anyone is able to sign up, host a public repository for free and even make use of their GitHub pages. Students get the GitHub Student Developer Pack with their edu emails with many discounts and perks from various companies while they are a student. Using Git couldn't get easier.

Check out these other amazing articles by @ericawanja and @aleksandrhovhannisyan 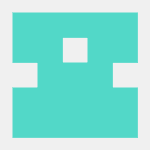 Git and GitHub for beginners 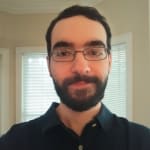 Getting Started with Jekyll and GitHub Pages: Your First Website

How to Use Developer Checklists to Increase Your Confidence

10 Things I Wish I'd Known When Starting My Coding Journey