Have you wanted to share your git commit chart on your personal website? It's a lot easier than you think!!

Thanks to people such as Jason Long and people on StackOverflow, there are countless of answers! Jason uses obelisk.js, which is a a JavaScript library for building isometric pixel objects. You can create bricks, cube, pyramids, etc. within the HTML5 canvas.

Here, yoshi389111 creates and updates a very detailed graph of git commits and uses GitHub actions. You're able to see a beautiful chart of your most used languages, the number of forks, etc. So much detail and you also get a various of style to choose from! 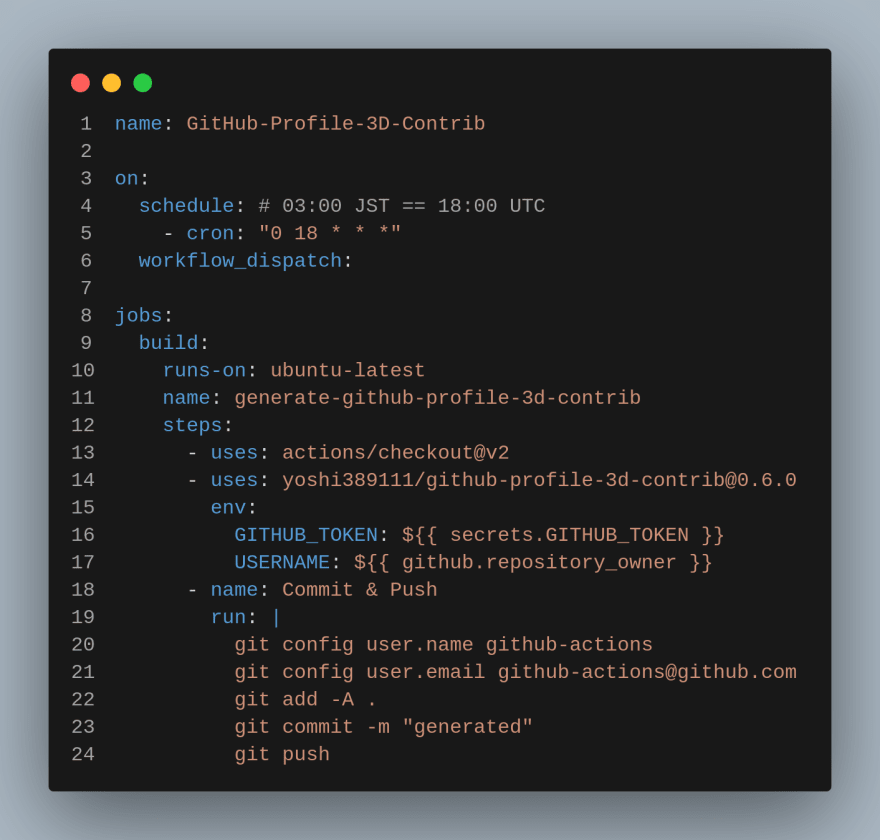 This is how the graphs will appear in your repository once you have run the git action. 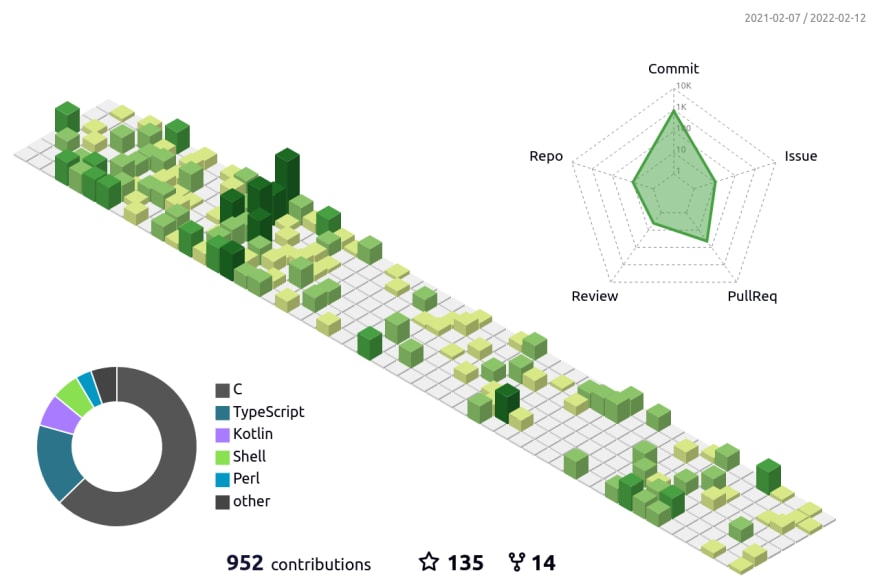 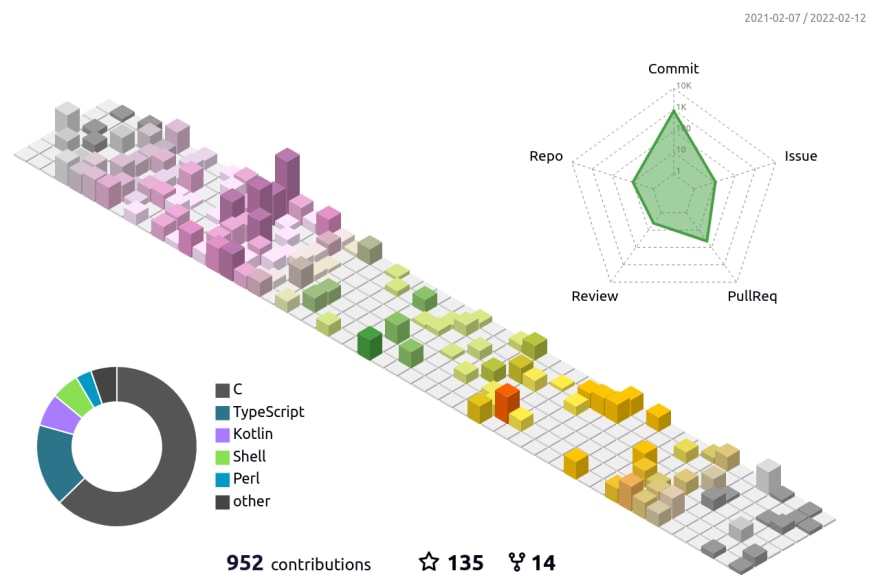 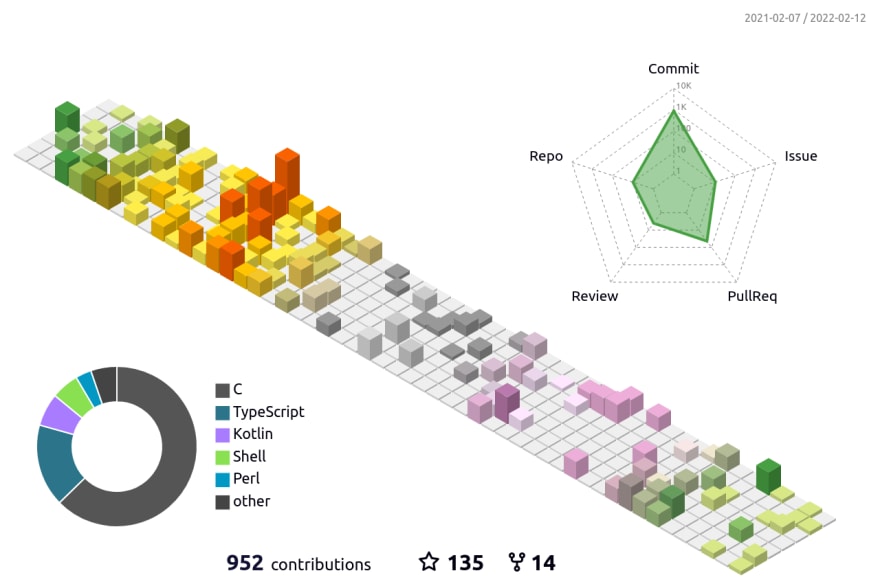 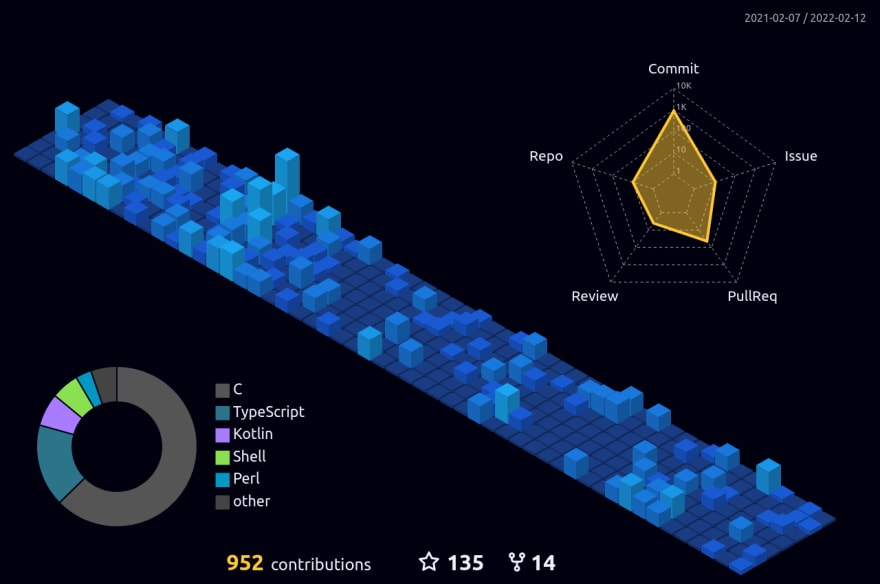 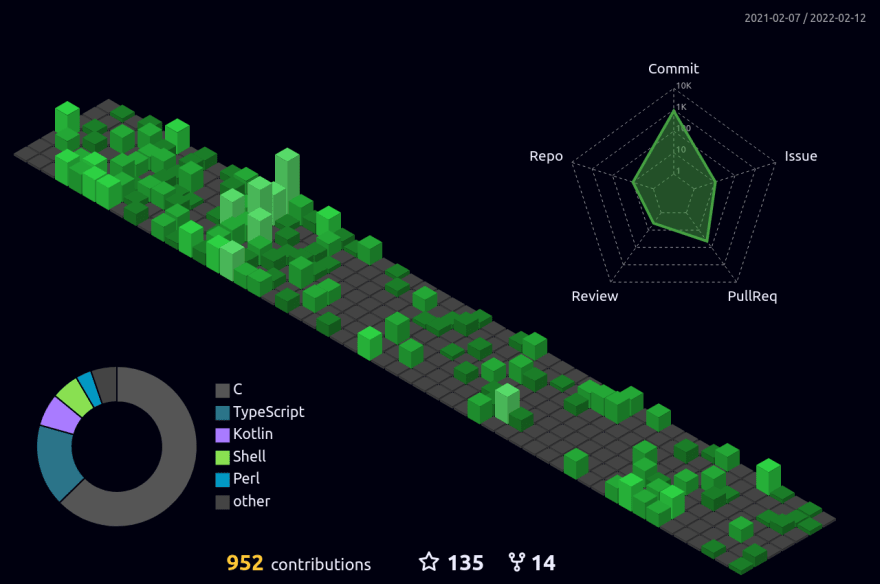 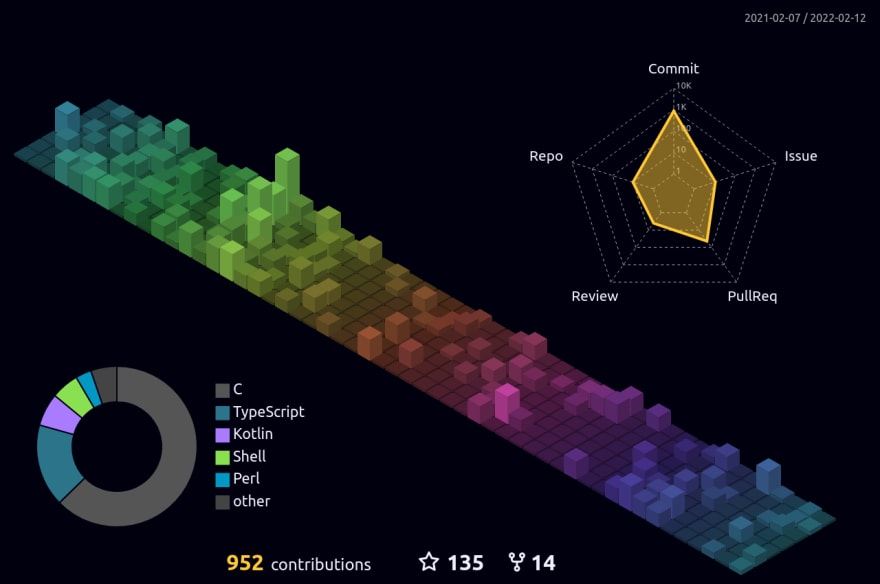 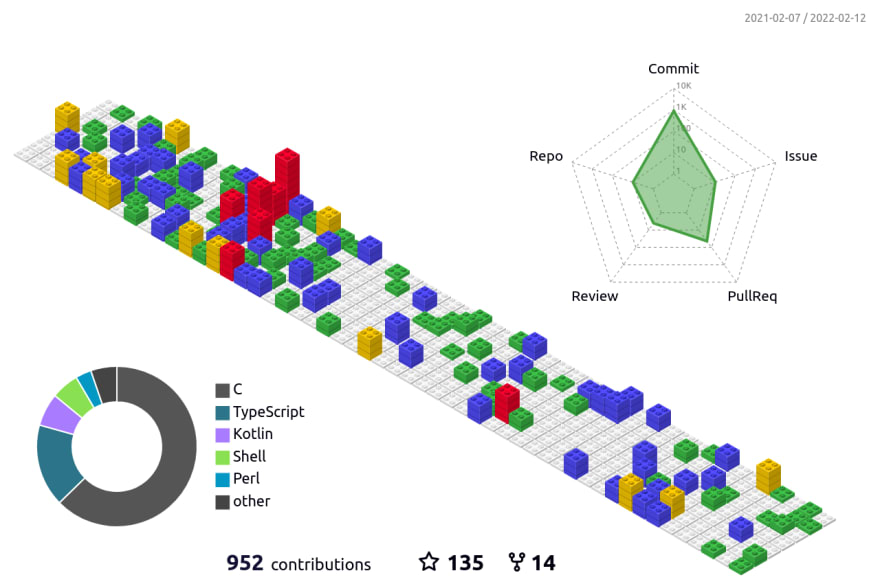 Can beginners make a simple but meaningful contribution? Some unconventional advice #hacktoberfest

Extending Emmet and VS Code — and discovering 415 CSS properties