Hello readers! Welcome to the week 1 devlog of my multiplayer game using Rust and the Bevy game engine. In this post, I will talk about my progress for the first week. This isn't the beginning of the project, but rather my first devlog. Without further ado, let's get into it!

Please note that you are more than welcome to comment on my code. Hints on how to make it more efficient, performant, etc. are greatly appreciated.

I have just started the networking between the client and the server, and I already have had to fix two small but impactful and hard to find bugs (one was hiding in plain sight but I was too stupid to see it). But first, we have to take a look at how the networking in managed on both the client and server side. They both make use of threads to read and write to each other via TCP. They also use the std::sync::Mutex class wrapped in a std::sync::Arc to safely manage mutable references to the packet queues (more on them later).

Because of how the Bevy engine works, to get our packets to be read by the game, we need to pass them as resources to our App (Bevy uses the ECS architectural pattern). These resources can then be used by the systems that run on every time the game updates. These resources typically are tuple structs, because Bevy needs every different resource to be a different struct. We use a VecDeque object to make a queue for the packets, because it allows us to push data to the end of the queue, and then pop the front of it. Hence, we declare the queues as

These create a way for our handle_packets to process and write packets.

Here, we get the first packet (which is a String read from the TcpStream) in the queue and deserialize it using the serde_json crate. This parses it into a Value object, which represents JSON data. We then get the "packet-type" field from the JSON object, and if it exists, we use a simple match statement to handle the packet. You can also see that in the declaration of the function (functions represent systems in Bevy) that we tell Bevy to get the QueueIn and QueueOut resources, which is where the packets are located. We also need to drop() the MutexGuard (which gives us control over the queue) at the end of the function to let the rest of the code access it.

To read the packets from the server and to send the packets to it, we have too very basic threads that are spawned in input.rs and out.rs:

We are using a 1024 character buffer, which should be more than enough for the packets we will receive. One thing to note, and which caused a lot of headaches, is that we need to remove every \0 (whitespace) character. This happens because the buffer is always larger than the packet, which causes it to add unnecessary characters to the end of the String. This causes serde_json to fail to parse the packet.

On the server side, we use a similar technique with the packet queues. However, here, they are managed by a Game struct which owns and operates on them (a Game represents a duel between two players). There isn't much to see here, since it's more of a simplified version of the client side, and we don't use Bevy for the server.

I haven't started coding the gameplay yet, but I've established a way to communicate the Card (or Troop, haven't decided on the name) data over the network. On both the client and the server, we have a game module, which contains the file card.rs. In this file, we define the structs that represent our Card data:

As you can see, we have two Card structs and two enums. The Card struct defines the troops' stats, including their abilities, which are defined in the CardAbility enum (more abilities will be added later). This will be useful when we need to code the game logic and check a troop's properties. The CardType struct does not yet serve a specific purpose, but I still included it. Finally, the CardEntity struct represents a troop that is on the game board. It needs an additional hp (health points) property.

That concludes the brief coding progress progress made during this week.

I've finally decided on my color palette, and made this simple 8x skeleton pixel art, which I hope will be in the game at some point. I'm truly a beginner when it comes to art, however. 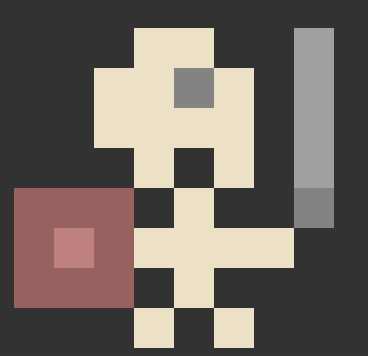 It's time for the meme of the week: 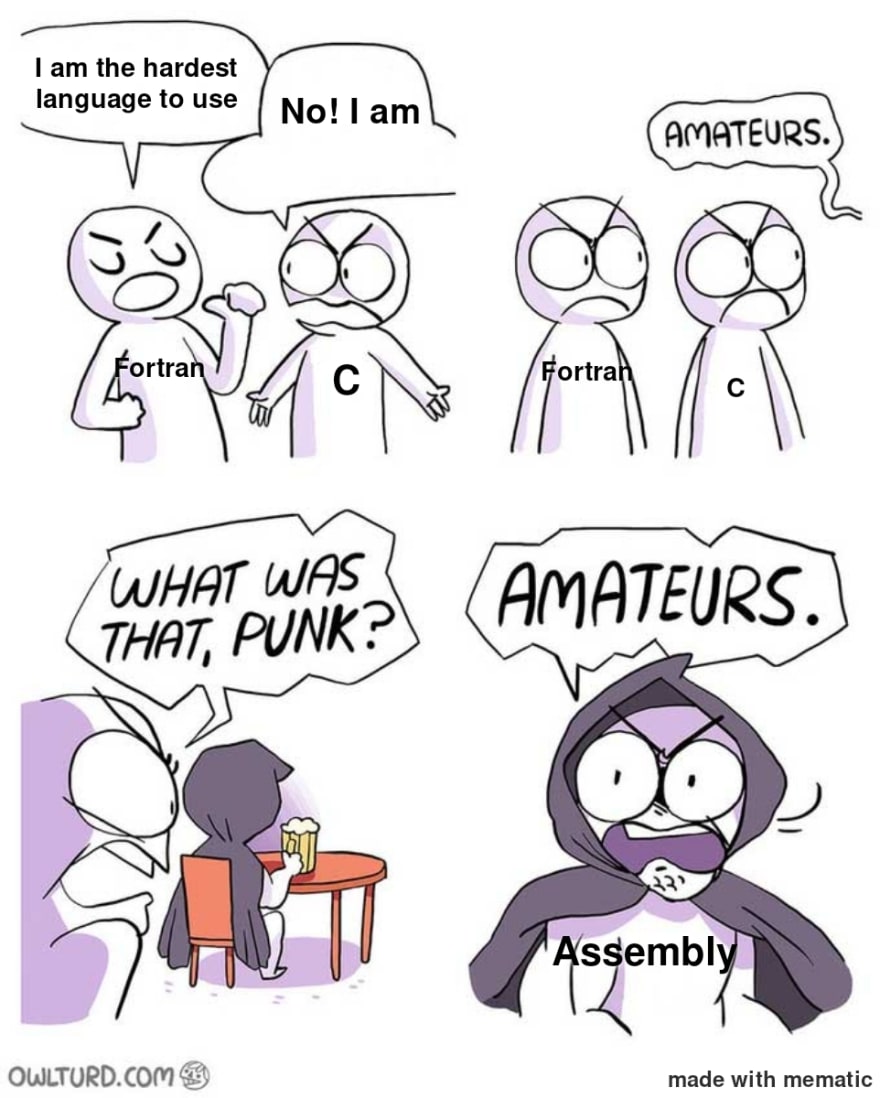 If you made it this far, thank you very much for reading. This has been the week #1 of my multiplayer game devlog. I hope to continue this series and post updates every week.