Linear Regression is basically a used type of predictive analysis and one of the most simple algorithms in machine learning. It attempts to measure the relationship between variables by fitting a linear equation to observed data. For example, when the mobile phone's age increases, the price will go down. So, one variable is an explanatory variable (Age). Or otherwise, we can say it's an independent variable. And the other one is considered to be the dependent variable (Price).

From that example, we can say the future price of the mobile phone using that observed data. Here is a table of the example data.

In this case, we see that a negative relationship between mobile phone age and price. Why do I say that, when the mobile phone's age increases, the price will decrease.

Another example is when experience increases, so do the salary. It's a positive relationship.

We're trying to predict the mobile phone's future prices given the age like this. 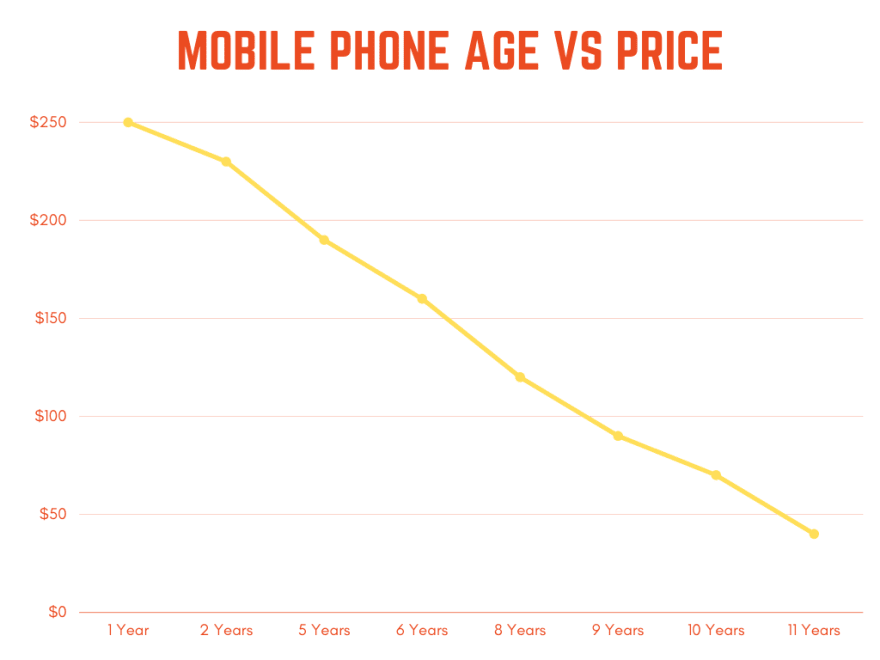 The question is what is the price after 7 years?. Let's put a point there to see how much it is. 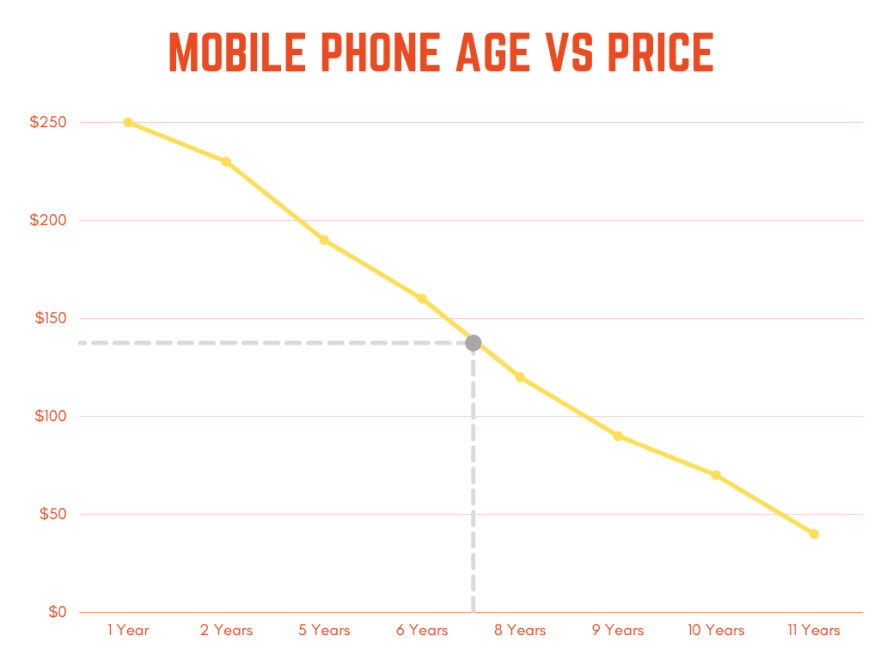 It's a little bit lower than one hundred and fifty usd. So, Now see the mathematical side behind simple linear regression. The formula is y = mx + b. I know you're a little bit familiar with this formula. because mostly we all learned this in school.

And m and b are given by the following formula.

Okay, now we can assign those values to that formulas and get the value of m and b. 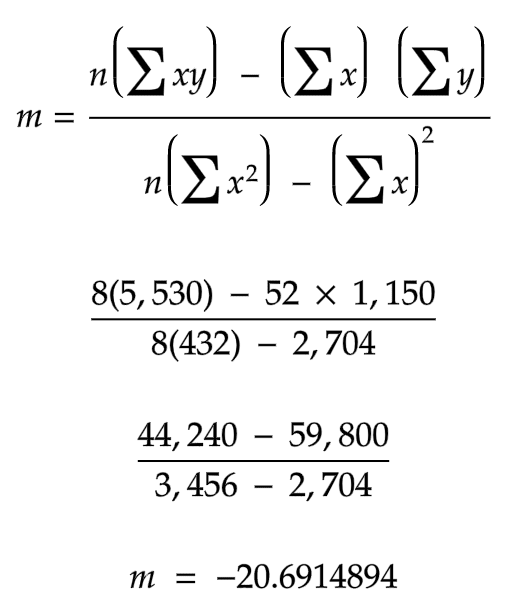 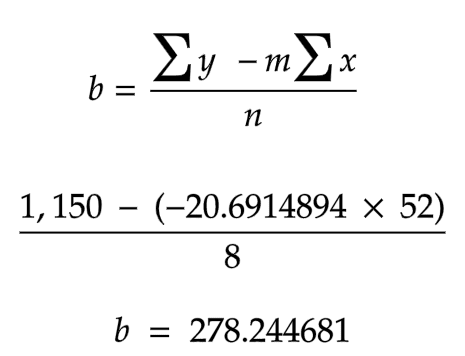 First, We have to save that data set into a csv file. To do that, create a new csv file as mobiledata.csv and add those data like this. 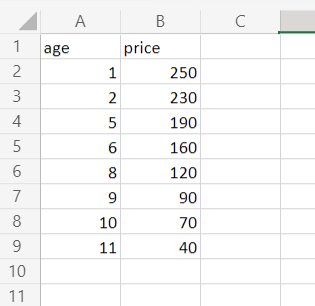 Create a chart and put the points there 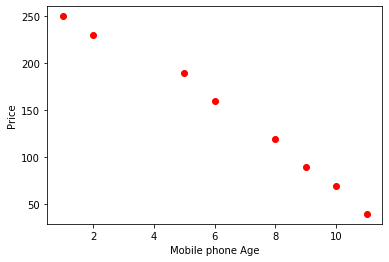 Get the age values as x and price values as y. We need to convert those values to a numpy array.

We can find the best fit line for this data set if we want. And get the values of m (Slope) and b (Intercept). 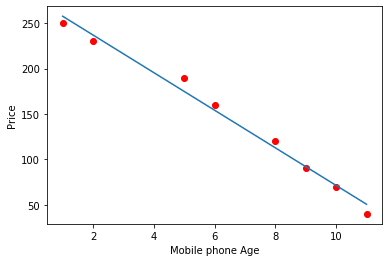 Finally, predict the mobile phone price after 7 years using the model. The model object is defined as model. Predict the price to see whether it's equal to the previously calculated value or not. To do that, We need to convert x value (7) to a numpy array and two-dimensional array.

You'll see the price after predict using the model is exactly the same as the previously calculated value that We using the formula.

You can check the values of m and b by executing the variable in the notebook.

Getting Started with Fast-Api 🏎️ and Docker🐳