In this post, We'll be settings up a Django project to deploy on Heroku. Heroku is an almost free platform for users to deploy their python, node js, and other framework-based applications.

1. First, I would recommend making a copy of your project or use a separate git branch.

2. Make sure the python virtual environment is activated.

3. You have to create a text file called requirements.txt at the root of the project to add all dependencies with their versions.

So to do that, you can manually type the dependency list and the versions you used for your Django project.
or
Try the freeze command on your terminal at the project root directory

In my case, the example of the requirements.txt file. 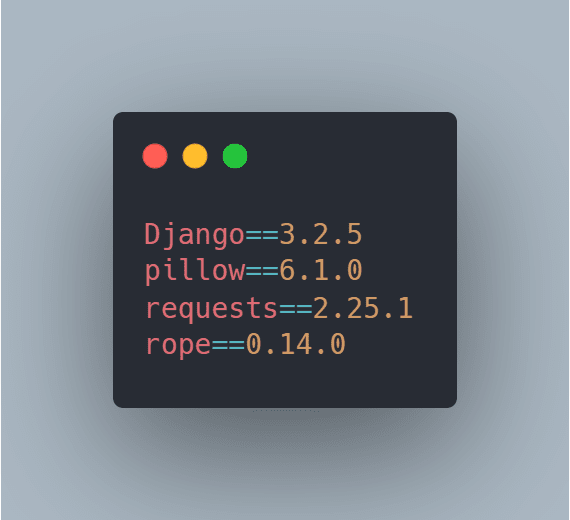 Sometimes, if you have installed huge python libraries on your computer, this might be a change. That means the requirements.txt file will have every library that you installed on the computer. Also, mostly the Django project doesn't need those other libraries. So there's a way to fix this problem that I would recommend. You have to install a simple library called pipreqs.

Okay, then open your terminal and run this command.

After the process, you can see it will output.

Okay, In my case, now the requirements.txt file contains I used dependencies in the project only. You will have your own dependency list. 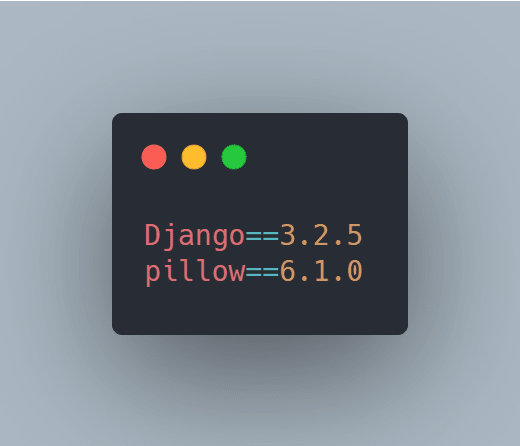 4. Add this code line in the settings.py file.

7. In this step, you have to configure Django-Heroku.

Make a file called Procfile at the root of the project. (do not add any file extension like .txt .py). The file name must be only Procfile).

This file is used to explicitly declare your application’s process types and entry points. It is located at the root of your project.

Okay, then you have to install two more libraries. This Procfile requires Gunicorn, the production web server that Heroku recommend for Django applications.

In the settings.py import django_heroku top of the file.

Also, add this code line bottom of the settings.py file to activate django-heroku. 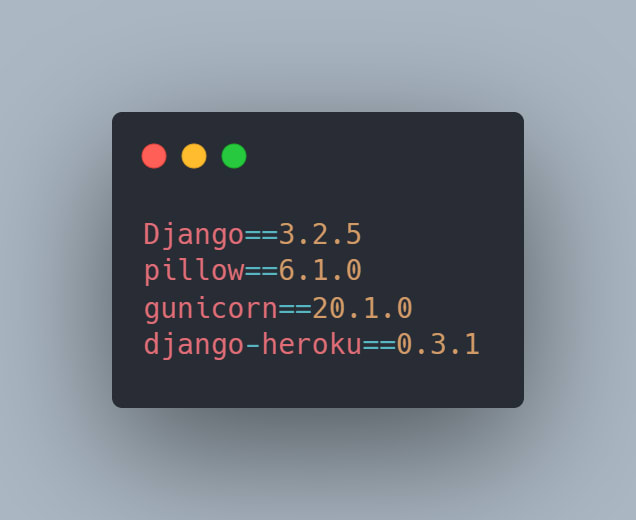 8. Finally, run those commands one by one in the terminal on the project root directory.

You can see your project will open after the successful deployment. But if you used SQLite database on the project, it will show the missing database error . Run database migration to fix the issue.

Now your project is live on Heroku🎉

If this not working or getting some other errors, Close your terminal and re-open it. Then change these code lines in the settings.py file.

If you made those edits, then run this commands in the terminal

Hope it will work!👏🎉

The Peregrine programming language - A Python-like language that's as fast as C.