ES6 promises are great! They are integral constructs for asynchronous programming in JavaScript, ultimately replacing the old callback-based pattern that was most infamously known for bringing about deeply nested code ("callback hell").

Unfortunately, promises are not exactly the easiest concept to grasp. In this article, I will discuss the best practices I have learned over the years that helped me make the most out of asynchronous JavaScript.

Nothing is more frustrating that an unhandled promise rejection. This occurs when a promise throws an error but no Promise#catch handler exists to gracefully handle it.

When debugging a heavily concurrent application, the offending promise is incredibly difficult to find due to the cryptic (and rather intimidating) error message that follows. However, once it is found and deemed reproducible, the state of the application is often just as difficult to determine due to all the concurrency in the application itself. Overall, it is not a fun experience.

The solution, then, is simple: always attach a Promise#catch handler for promises that may reject, no matter how unlikely.

Besides, in future versions of Node.js, unhandled promise rejections will crash the Node process. There is no better time than now to make graceful error handling a habit. 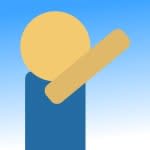 In a recent article, I explained why it is important to avoid nesting promises. In short, nested promises stray back into the territory of "callback hell". The goal of promises is to provide idiomatic standardized semantics for asynchronous programming. By nesting promises, we are vaguely returning to the verbose and rather cumbersome error-first callbacks popularized by Node.js APIs.

To keep asynchronous activity "linear", we can make use of either asynchronous functions or properly chained promises.

util.promisify is your best friend

As we transition from error-first callbacks to ES6 promises, we tend to develop the habit of "promisifying" everything.

For most cases, wrapping old callback-based APIs with the Promise constructor will suffice. A typical example is "promisifying" globalThis.setTimeout as a sleep function.

However, other external libraries may not necessarily "play nice" with promises out of the box. Certain unforeseen side effects—such as memory leaks—may occur if we are not careful. In Node.js environments, the util.promisify utility function exists to tackle this issue.

As its name suggests, util.promisify corrects and simplifies the wrapping of callback-based APIs. It assumes that the given function accepts an error-first callback as its final argument, as most Node.js APIs do. If there exists special implementation details1, library authors can also provide a "custom promisifier".

In the previous article in this series, I extensively discussed the power of scheduling multiple independent promises. Promise chains can only get us so far when it comes to efficiency due to its sequential nature. Therefore, the key to minimizing a program's "idle time" is concurrency.

Perhaps the most popular misconception about promises is the belief that promises allow the execution of "multi-threaded" JavaScript. Although the event loop gives the illusion of "parallelism", it is only that: an illusion. Under the hood, JavaScript is still single-threaded.

The event loop only enables the runtime to concurrently schedule, orchestrate, and handle events throughout the program. Loosely speaking, these "events" indeed occur in parallel, but they are still handled sequentially when the time comes.

In addition to storing information about the Promise instance itself (such as its properties and methods), the JavaScript runtime also dynamically allocates more memory to keep track of the asynchronous activity associated with each promise.

Furthermore, given the Promise API's extensive use of closures and callback functions (both of which require heap allocations of their own), a single promise surprisingly entails a considerable amount of memory. An array of promises can prove to be quite consequential in hot code paths.

As a general rule of thumb, each new instance of a Promise requires its own hefty heap allocation for storing properties, methods, closures, and asynchronous state. The less promises we use, the better off we'll be in the long run.

As discussed earlier, promises do not magically spawn new threads. Therefore, a completely synchronous executor function (for the Promise constructor) only has the effect of introducing an unnecessary layer of indirection.3

Similarly, attaching Promise#then handlers to synchronously resolved promises only has the effect of slightly deferring the execution of code.4 For this use case, one would be better off using global.setImmediate instead.

Case in point, if the executor function contains no asynchronous I/O operations, it only serves as an unnecessary layer of indirection that bears the aforementioned memory and computational overhead.

For this reason, I personally discourage myself from using Promise.resolve and Promise.reject in my projects. The main purpose of these static methods is to optimally wrap a value in a promise. Given that the resulting promise is immediately settled, one can argue that there is no need for a promise in the first place (unless for the sake of API compatibility).

There are times when multiple asynchronous operations need to be executed in series. In such cases, promise chains are the ideal abstraction for the job.

However, it must be noted that since the Promise API is meant to be chainable, each invocation of Promise#then constructs and returns a whole new Promise instance (with some of the previous state carried over). Considering the additional promises constructed by intermediate handlers, long chains have the potential to take a significant toll on both memory and CPU usage.

Whenever possible, promise chains must be kept short. An effective strategy to enforce this rule is to disallow fully synchronous Promise#then handlers except for the final handler in the chain.

In other words, all intermediate handlers must strictly be asynchronous—that is to say, they return promises. Only the final handler reserves the right to run fully synchronous code.

As demonstrated by the example above, fully synchronous intermediate handlers bring about the redundant wrapping and unwrapping of promises. This is why it is important to enforce an optimal chaining strategy. To eliminate redundancy, we can simply integrate the work of the offending intermediate handler into the succeeding handler.

If you don't need them, don't use them. It's as simple as that. If it's possible to implement an abstraction without promises, then we should always prefer that route.

Promises are not "free". They do not facilitate "parallelism" in JavaScript by themselves. They are simply a standardized abstraction for scheduling and handling asynchronous operations. If the code we write isn't inherently asynchronous, then there is no need for promises.

Unfortunately, more often than not, we do need promises for powerful applications. This is why we have to be cognizant of all the best practices, trade-offs, pitfalls, and misconceptions. At this point, it is only a matter of minimizing usage—not because promises are "evil", but because they are so easy to misuse.

But this is not where the story ends. In the next part of this series, I will extend the discussion of best practices to ES2017 asynchronous functions (async/await).

How to handle gRPC errors in NestJS

Once suspended, somedood will not be able to comment or publish posts until their suspension is removed.

Once unsuspended, somedood will be able to comment and publish posts again.

Once unpublished, all posts by somedood will become hidden and only accessible to themselves.

If somedood is not suspended, they can still re-publish their posts from their dashboard.

Once unpublished, this post will become invisible to the public and only accessible to Basti Ortiz.

Thanks for keeping DEV Community 👩‍💻👨‍💻 safe. Here is what you can do to flag somedood:

Unflagging somedood will restore default visibility to their posts.