This article was originally published on my personal blog Smakosh. 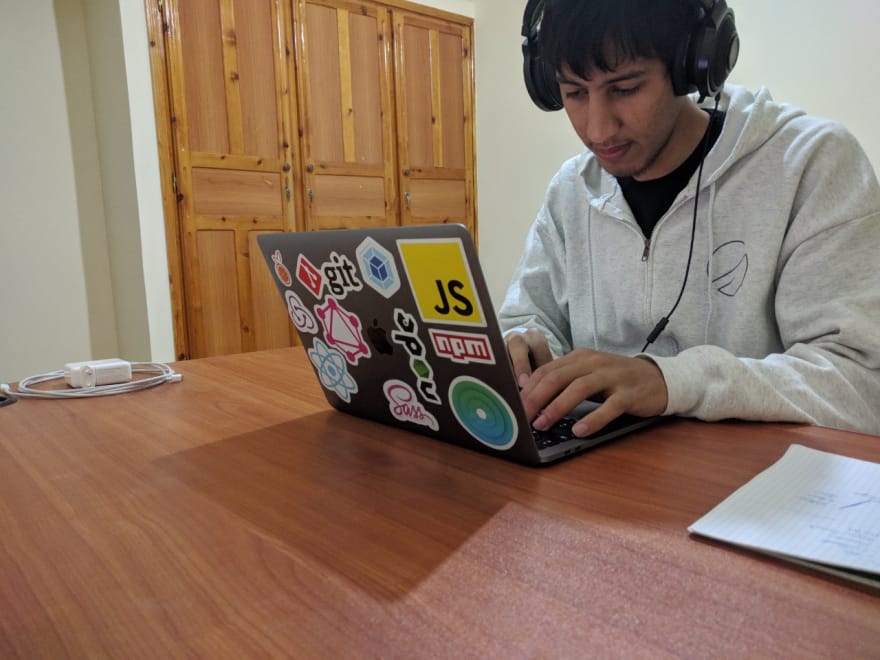 Remember the last time I shared with you my story when I declined the job offer as a front end developer then won the first prize at a hackathon which was hilarious because I got the same amount of money they offered me in 36 hours instead of 30 days & 8 hours a day of work?

Well after the event, I headed back home and the next morning I woke up to an email from a great CEO who offered me a job as a front end engineer at Obytes which I accepted due to many aspects: (keep in mind these are pre-experience aspects)

When I started my remote job, I was only coding user interfaces with plain html, sass & vanilla js, which we call “slicing the UI” as I was still learning React/react-router-dom & redux, also I was working on side projects during my free time such as:

After I got back from my trip to Istanbul, I received an email that I should contribute in the react app as well or they may take serious actions, if it wasn’t my co-worker Ismail Mechbal who taught me how to act in that situation, my whole career wouldn’t have gone this far. So I took full responsibility and convinced the team that I will start contributing.

Really thanks to my two team mates Saad and Abumalick who supported me through out that period of 3 months while contributing to the react app, as sometimes I get tasks related to landing pages built with static sites generators such as Jekyll, I spent some time looking up if there is any SSG based on node js instead of ruby, then I discovered Gatsby js.

While I was also learning Gatsby as I find it better than Jekyll & Pelican as I tried them all. I built some static sites with it.

I was also restudying Calculus, Algebra linear & digging into understanding how does a single artificial neuron work as I'm really interested in machine learning. As well as learning the basics of making a rest API with Express js & Mongoose, learned about routes, models, http requests (Post, Get, Patch & Delete), middlewares & more… . I learned to deploy it on Heroku and used Mlab to host my database there. Later on, I built my personal rest api boilerplate.

I started getting into native apps when I first tried React native, I really enjoyed it even though it wasn’t perfect but better. I made a simple video downloading/converting app for my friend.

Forgot to share that I was learning Angular 5 back then when the company was using it on the front end but they switched to React later on.

I learned linting & formatting my code using Eslint & Prettier, I didn’t liked using tachyons at the beginning but afterwards, I really liked it.

I know most of you are waiting for me to give tips on how to get a remote job but seriously, just start working on side projects specially open source ones so that your employer gets to see your code’s quality, app performance, git workflow etc.. so make sure to write clean code and be a fast learner.

As for the question, am "I enjoying my current job?" well yeah I do, I even work during weekends sometimes.