Well, this question arrives in my mind way back. When I was new to the servers and client, I always use to think how they even talk to each other and who make them talk?

Not a two-way conversation

But we have a culprit right under the nose.
Since our world is full of non-sense and unwanted species so how come software development can be spared from the attackers.

Its quite easy to give connection between client and server it's just two-way connection or conversation. I ask you something you reply to me directly.

Similarly, the client and server can put a connection session between each other and world would have been a simple place.

The attackers arrives in the first place. Now when client and server have good two-way conversation these attackers nose is right in between.

Listening them is not too risky but these attackers have started stealing the important key points from the conversations.

Read this interesting story how the person win $100,000 by finding bug in authentication process of Apple.

A lot of importance have to give to the conversation happened between the client and server.

The loss of any key-value pairs might be the vulnerable to who knows what, don't ask me I also don't know(still researching about it).

Now the world have evolved over the time

As Elon musk says -
Technology doesn't grow over the time, its the people behind it working extensively hard to make it grow

and in few years down the line in early 20s, we got the new way of having conversation between client and the server.

The concept begins in 2001 to store credit card crucial information. Before this the credit card and other financial sensitive information were stored on server itself which make them vulnerable to be stolen.

Basically before tokenization concept, the server stores the crucial information. So one attack to the server will help the attackers to stole as much information/data they want.

The user PAN card details were stored directly on the server initially but now we store only tokens and via the tokens the PAN card details are send over the conversation between client and server.

Tokens are just a hashed strings created using certain types of algorithm. Most of the tokens are just string containing no data the corresponding data related to the token is stored in the token vaults or database. Tokens and the related data can only be accessed via mapping them together in the vault.

But nowadays tokens have become more advanced and stored the additional information that is encrypted. The token have to be decoded to extract that information and it's not that simple. To decode the token one has to understand the algorithm used behind it in making.

Most of the tokens used 2-way process to decode meaning even if the attacker get the token somehow he will only be able to extract the information if he have the token creator private key also called as signature.

JSON Web Token or JWT is introduced after all other tokenization concepts but I am covering it because it's been widely accepted and used in the industry.

This is the defination given by JWT itself.

Open standard means that JWT is easy to use and incorporates in your development process. Widely accepted and kind of open-source to be used by anyone in the world.

How JWT is made

JSON Web Token it made of 3 parts. 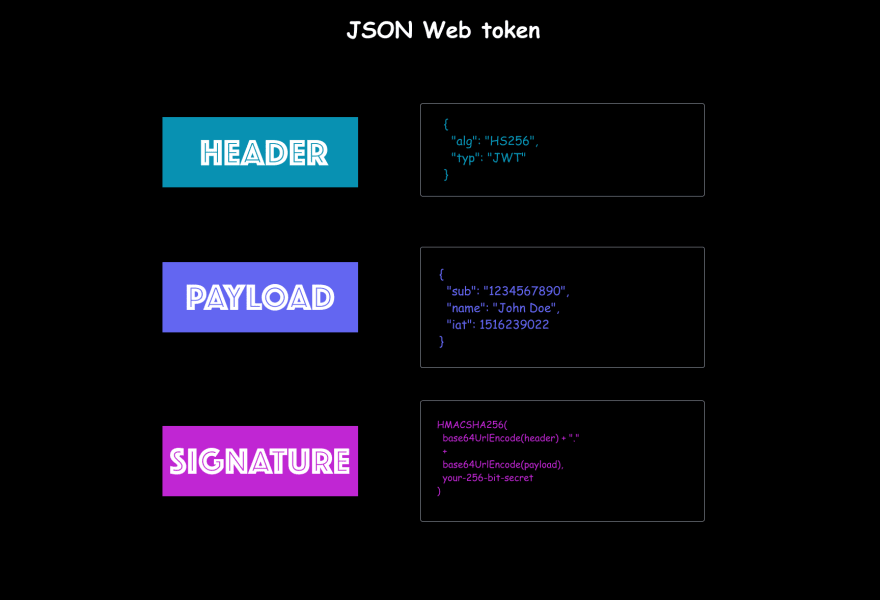 Note that - JWT sign method need the signature as the private key and the user credentials payload create the token. 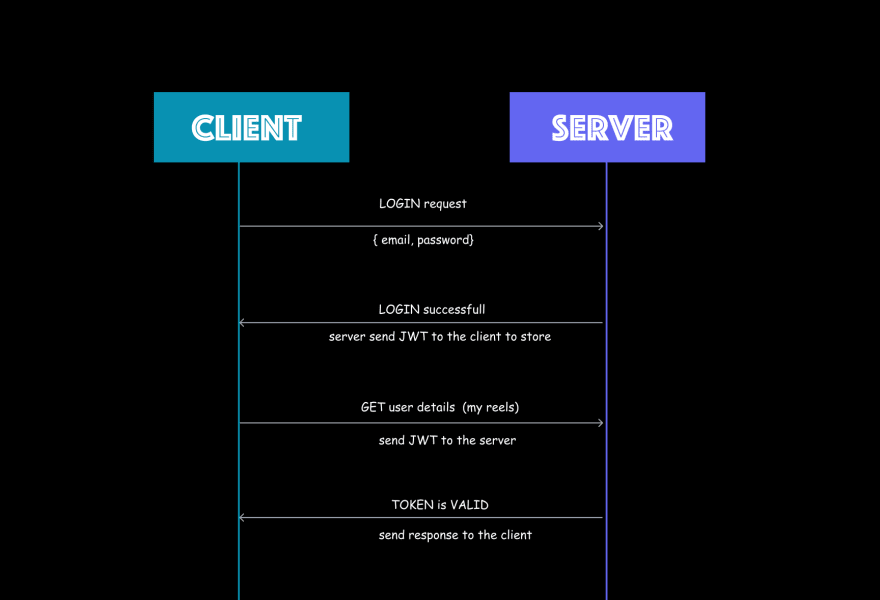 It's not a rocket science, in fact it's just few lines of code.

Here sign method has given an email and secret key to create token and lastly we have expiry date or time period.

Wait for few minutes because to understand why that email is important to create token.

When client sends back the token to the server, server will decode it or verify it.

We provide 2 way process to verify

First the token is send from the client in the headers, followed by verifying of token and lastly we cross check that token is creating using same email as passed initially.

In this way, we have added 2 way protection to the tokens.
Every crucial conversation between client and server is handled using these tokens.

In the client side we even use the tokens to manage user sessions. For example, storing tokens in the cookie and everytime user comes back to the website we check the token validity and if its expired we throw the user out of the application asking him to logged in again.

Tokenization concept is used in Authorization and Information transmission too.

It's not like JWT is the most secured and top-notch token concepts. We do have other alternatives such as

But what's important is the secutiry, community, and easy to use. JWT is quite easy to use with express.js or reactjs in both client and server side.

It's just a bunch of javascript algorithms fused together to generate hash string.

Here are the references I have read to understand tokenization, JWT and many more.
Introduction to JWT
JWT website
Tokenization

Once suspended, shreyvijayvargiya will not be able to comment or publish posts until their suspension is removed.

Once unsuspended, shreyvijayvargiya will be able to comment and publish posts again.

Once unpublished, all posts by shreyvijayvargiya will become hidden and only accessible to themselves.

If shreyvijayvargiya is not suspended, they can still re-publish their posts from their dashboard.

Once unpublished, this post will become invisible to the public and only accessible to shrey vijayvargiya.

Thanks for keeping DEV Community 👩‍💻👨‍💻 safe. Here is what you can do to flag shreyvijayvargiya:

Unflagging shreyvijayvargiya will restore default visibility to their posts.