Hey developers in today's blog we are going to learn about the basics of typescript.

This is going a be a series of blogs in which I'm gonna help you learn TypeScript in an easy way!

We are going to cover

Why should you use TS instead of JS?

As shown in the above example... this code is valid and it will run perfectly but it does not give the expected output.

These sort of silly failures are prevented by typescript.

The code in TS would be 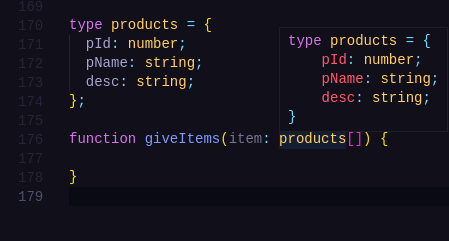 This was just the basics of typescript and in the next blog I'm gonna explain how to code in typescript (Basic data types, Arrays, Tuples, Union, Interfaces, Types and many more fun stuff!!)

Thank you so much for reading the whole blog and please share your feedback in the comment section.

Shreyas Pahune
Hey there 👋🏻, I am Shreyas Pahune a Full-Stack Web and an App developer who loves to write blogs.
All about Jamstack
#jamstack #javascript #api #markdown
An extensive guide to build your NPM package and publish it.
#javascript #npm #node #tutorial
Make your own API under 30 lines of code
#javascript #node #webdev