Hey folks, I hope you all are doing great. I've been building APIs and backends using NodeJS and ExpressJS for a while now and the one thing that I find most tedious is setting up the project.

We are going to make this whole process happen with just one command.

What are we going to build?

We are going to build a backend builder which lets us create the necessary folders, files and initialise the server with a basic get route. It will also install all the packages required for the server to work. So let's get started.

Step-2 : Setting up the project 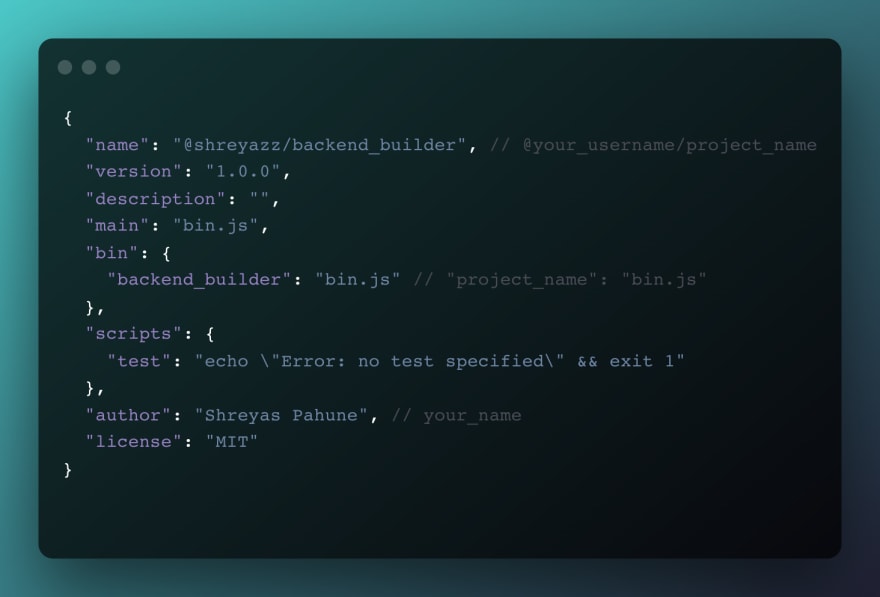 To use the package, run npx @your_username/projectname@latest

You have made your NPM package which handles the boring and tedious task of setting up a backend and you have published it as well. Thank you for reading the blog ✨.

Python for Data Analysts: A Random Use Case

A Blockchain RPC Provider That Won’t Track You

Shreyas Pahune
Hey there 👋🏻, I am Shreyas Pahune a Full-Stack Web and an App developer who loves to write blogs.
All about Jamstack
#jamstack #javascript #api #markdown
Basics of Typescript
#typescript #javascript #webdev
Make your own API under 30 lines of code
#javascript #node #webdev