The ease of MongoDB combined with the power of GraphQL: I cannot think of a better combination than this! I will be curating a series of articles for working on GraphQL + MongoDB + Django. This is the first part of that series.

In this article, you will learn how to-

From .csv to MongoDB Collection

Run this code directly in your terminal (not mongod console) to import a CSV file from your local. We are using mongoimport which is a tool/command that enables us to import any JSON, CSV to TSV file.

-headerline: used to keep the headers

Yet another saga of versioning mismatch. I have already played with them so you don't have to 🙂

Error when the version of graphene-django was 3.0b7 which was latest but it couldn’t import the get_default_backend package

Commands to install each library/package/driver

💡 Don’t forget to add ‘graphene-django’ and ‘graphene’ to your settings.py file

Getting a MongoDB collection’s data to Django project

Import the Document class from mongoengine library and subsequently import the fields that are required.

💡 Your can check the datatype of the field in MongoDB in MongoDB Atlas console and then import the field in your Django project. Example- The ID field in a document id always an ObjectIDField.

I have a MongoDB document vendors and the class that is accessing the document is VendorData. 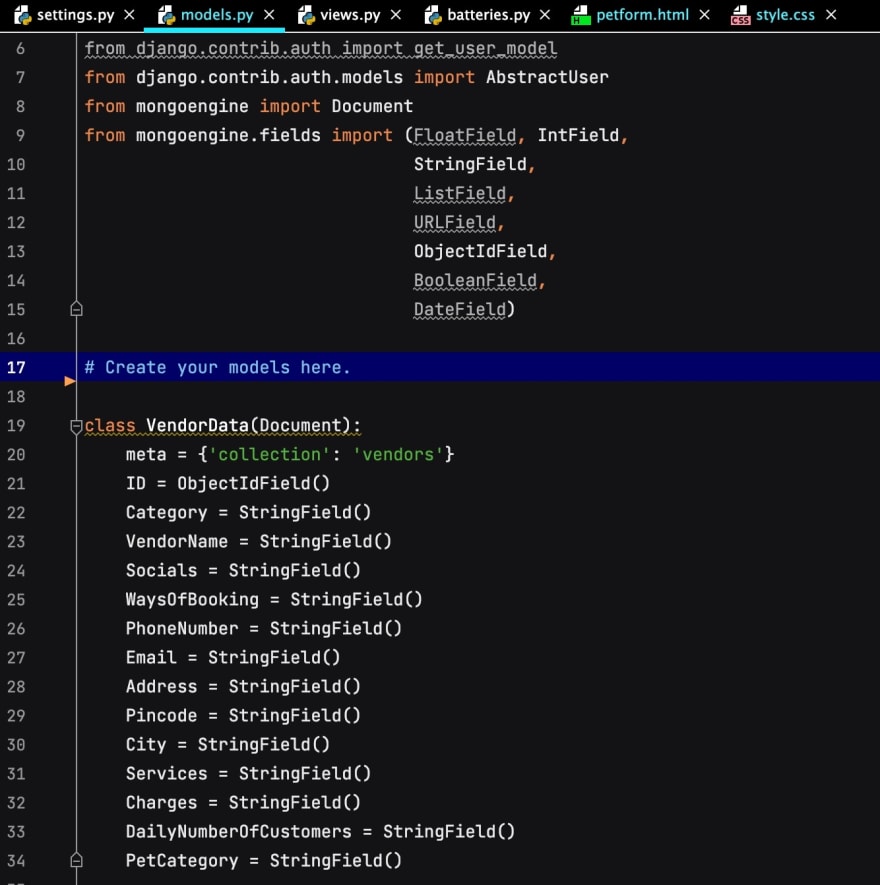 This was the first part of the series of MongoDB+Django+GraphQL tutorials. I will explain more about writing queries in Django and GraphQL in the later parts.

Once suspended, shlokabhalgat will not be able to comment or publish posts until their suspension is removed.

Once unsuspended, shlokabhalgat will be able to comment and publish posts again.

Once unpublished, all posts by shlokabhalgat will become hidden and only accessible to themselves.

If shlokabhalgat is not suspended, they can still re-publish their posts from their dashboard.

Once unpublished, this post will become invisible to the public and only accessible to shlokabhalgat.

Thanks for keeping DEV Community safe. Here is what you can do to flag shlokabhalgat:

Unflagging shlokabhalgat will restore default visibility to their posts.