A Pod is the basic execution unit of a Kubernetes application–the smallest and simplest unit in the Kubernetes object model that you create or deploy.

Then we will have to specify some identifiers for the Pod that we are creating. These are called metadata. The metadata object holds the name for the pod and any labels to identify the pod.

We need to define the containers that will run in the Pod. A pod can contain one or more containers inside. We can define them in spec object.

This is more similar to the Docker definition except the keywords differ. But all it does is get the busybox image from the repository and run the specified command. It also names the container to hello-world-container when running the image. 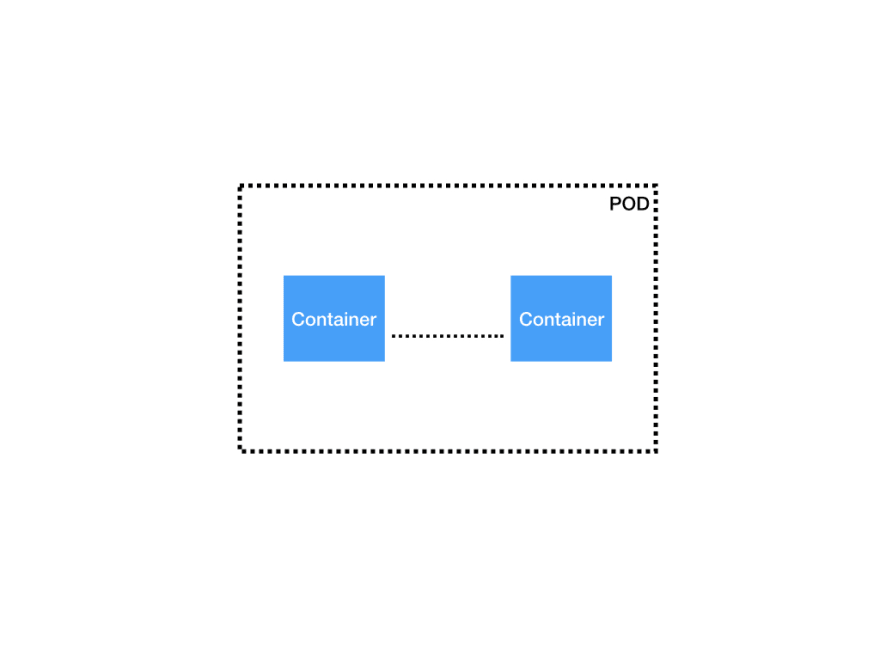 But why a pod and not a container?

Sometimes we need to share the resource between two different containers. They need to connect with each other without any latencies. Making them coexist in a cohesive environment is desirable. We will add these containers in a pod. The Kubernetes also tries to schedule these containers in the same network namespace. This makes it easy for them to share and communicate easily.

These shared containers in a pod will have the following advantages:

Check out more about Pods here

The Kubernetes schedule the pods and run them inside the cluster. Sometimes we will need to run something before a container is started.

For example, we need to start the application only after the Database is started. We will use initContainers.

The above definition consists of a deployment and service. We will explore them later. But the template for the Deployment is more similar to the Pod template.

The initContainers boots up a busybox container and wait till it returns success. Once the DB is UP, the appContainers or containers is started. 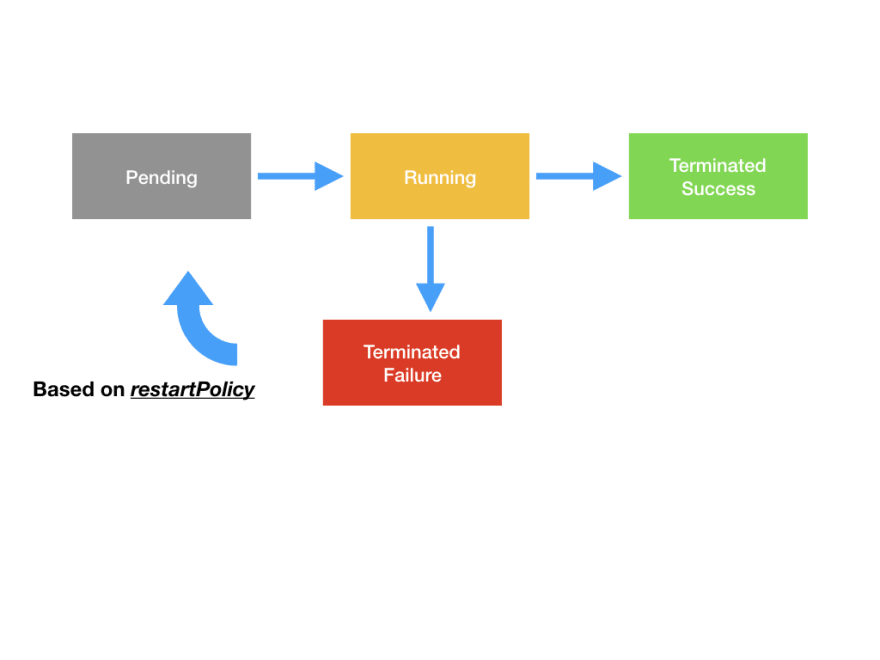 In the Kubernetes world, all containers will be terminated eventually. They are terminated either successfully or failed.

The pod which is in phase Succeeded means it is terminated successfully and the pod will never be restarted.

Sometimes, the Kubernetes master node will not be able to connect with the pods that are running. These pods are marked with Unknown phase. 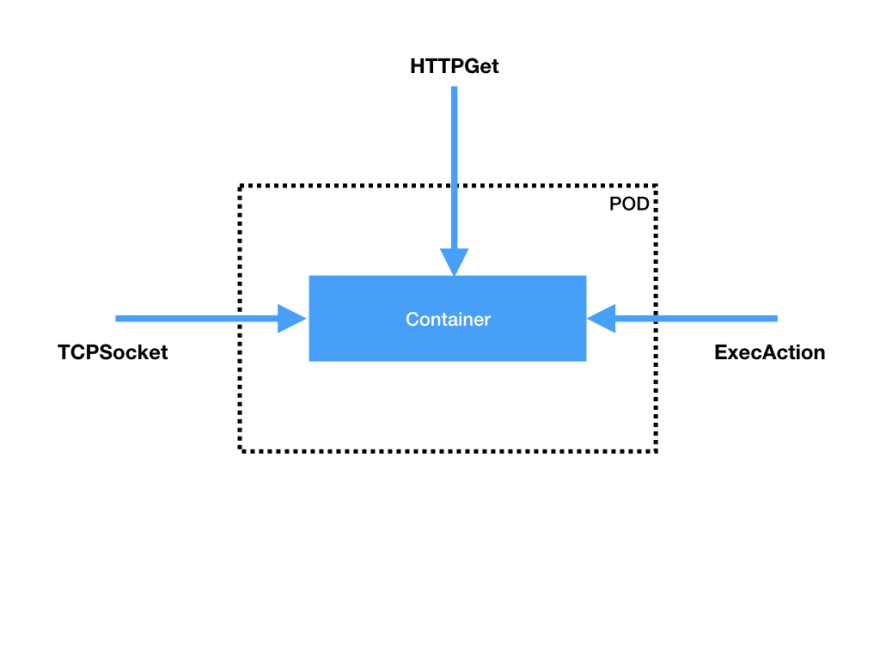 They are simple to understand. They allow us to probe by executing a command inside the container, check for TCP connection or HTTP request respectively.

The probe can result in either Success | Failure | Unknown.

But it is important to understand when to probe. For example, in the previous example with the Database. We were waiting until the Database is UP. During this time any probe to check the application is not possible. So the Kubernetes probe has to two kinds of a probe to check the running containers. They are:

Consider that your application has a health endpoint. That tells the application's health.

The above readinessProbe specifies to do an HTTPGetAction at the path specified hello-world/health. It initially waits for 20 seconds to start the probing with initialDelaySeconds. Then for every 15 seconds (periodSeconds) it probes the container for readiness.

The failureThreshold here specifies issue the state as failure only after receiving 6 consecutive failure messages.

Here the livenessProbe check the same end point as above but it only starts to check for the liveness after an initial delay of 120 seconds.

The pods has containers inside them. It is very important for us to limit the amount of memory and cpus that it can utilize.

CPU and memory are collectively referred to as compute resources, or just resources.

Here we are specifying the pod is allowed to request for 512Mi of memory and 500m which is 0.5% of total CPU available.

The limits specify the maximum memory and CPU allowed to the pod. When the memory overshoots, Kubernetes simply restart the pod based on the restartPolicy.

It is very important to give proper value here and allocate memory and CPU efficiently.

We can also define the resources at a pod or at the container level.

Hopefully, this might have given you a brief overview of Pods in Kubernetes. Head over kubernetes.io for more information on Kubernetes.

Want to understand the whole picture of Kubernetes and how it works check out this post.

Now you want to deploy a sample application on top of Kubernetes with Istio check out this post.

Create a Docker based Self Hosted GitHub runner Linux container

Once suspended, sendilkumarn will not be able to comment or publish posts until their suspension is removed.

Once unsuspended, sendilkumarn will be able to comment and publish posts again.

Once unpublished, all posts by sendilkumarn will become hidden and only accessible to themselves.

If sendilkumarn is not suspended, they can still re-publish their posts from their dashboard.

Once unpublished, this post will become invisible to the public and only accessible to Sendil Kumar N.

Thanks for keeping DEV Community safe. Here is what you can do to flag sendilkumarn:

Unflagging sendilkumarn will restore default visibility to their posts.