Past and Present of Python

Guido van Rossum created Python 0.9.0 in 1991. Guido van Rossum began working on Python in the late 1980s, as a successor to the ABC programming language. Python was designed by keeping readability in mind. The construct of Python and its approach to Object-Oriented was aimed to help programmers write clear, logical code for small and large-scale projects.

After Python 0.9.0, major Python versions were developed and released by the Python Software Foundation (starting from 2.1). There are two major Python versions, Python 2 and Python 3. From the higher level, both seem quite the same except for some syntax changes but they are quite different.

Python 2 was released in 2000 with a new number of features, such as list comprehensions and a garbage collection system. Whereas, Python 3 was released in 2008 and was a major revision of the language that is not completely backward-compatible. As per Python Software Foundation guidelines, Python 2 was discontinued with version 2.7.18 in 2020.

The main features of Python are:

Python is easy to learn as compared to other programming languages. Anyone can remember the syntax, rules and regulations of Python very easily.

Python runs in the same manner on different platforms such as Windows, Linux, UNIX, MacOS, etc. The applications which are developed in python on one platform can execute/run on any other platform without making any changes.

In Python, code is executed line by line at a time. Unlike other languages such as C, C++, Java, etc. python does not require compilation of code. As an interpreted language, python code is easy to debug. The source code of python is converted into an immediate form called bytecode.

To learn more about the Difference between Compiled and Interpreted Language you can read this blog on GeeksForGeeks or FreeCodeCamp.

Python does not ask you to declare the type of a variable.

Python supports object-oriented approaches and concepts. We can implement OOPs features such as Encapsulation, polymorphic, inheritance, abstraction, etc. in Python.

Python provides a huge number of the in-built library. You can use any of these libraries for your application. You can download and install any third-party modules as well from the Python Package Index.

You can create Graphical User interfaces (GUI) using modules such as PyQT5, Tkinter and Kivy

According to GeeksForGeeks, we can write some Python code into C or C++ language and also we can compile that code in C/C++ language.

I know this is hard to understand but I just want to show all features. Normally, you will not use this feature.

By showing you these features, I did not want to overwhelm you. I wanted to show you this to let you know the capabilities of Python. So, in future, you will know for what purpose you can and cannot use Python.

How to Install Python

Once you have downloaded the executable python installer (with .msi) extension, open that file and follow the steps shown in the images. 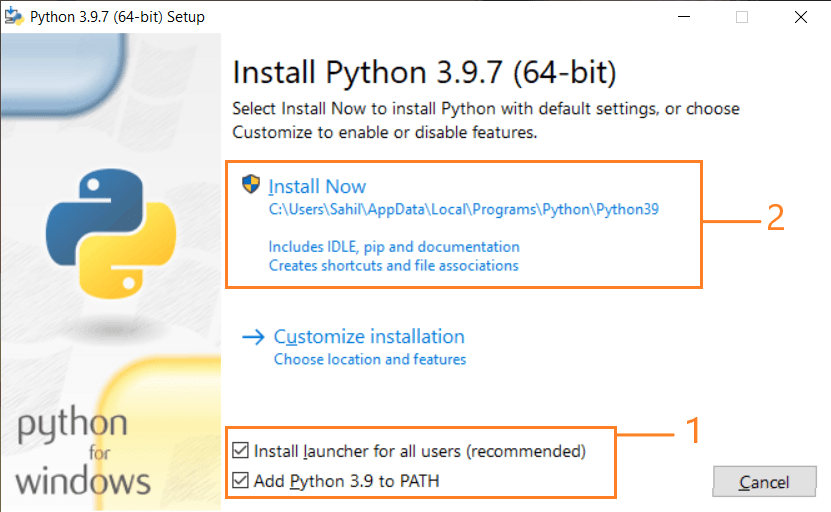 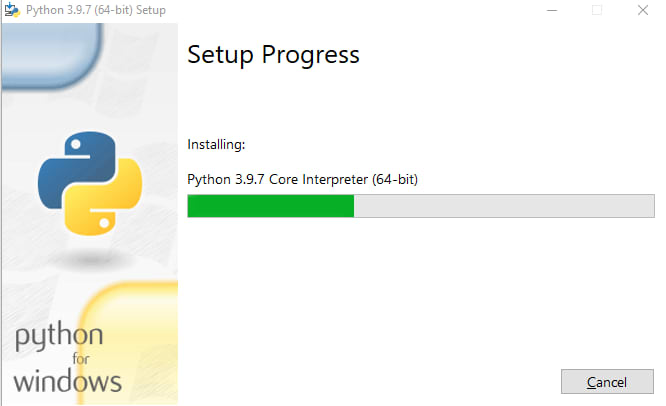 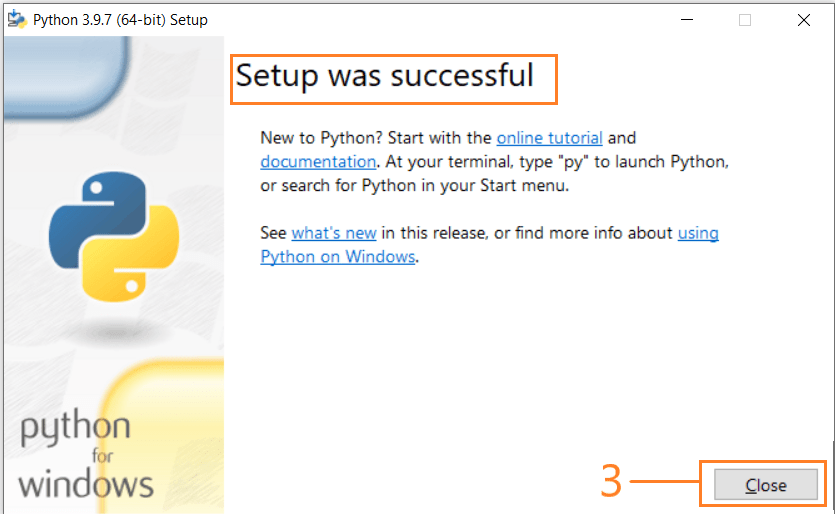 To verify the successful install. Open CMD or PowerShell and write the following commands: 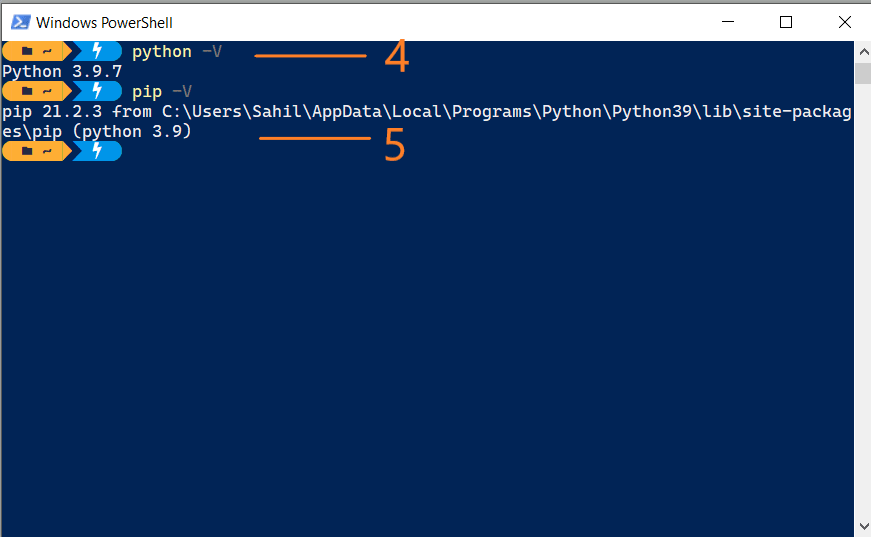 After downloading the installer, open that installer and follow the steps shown in the images. 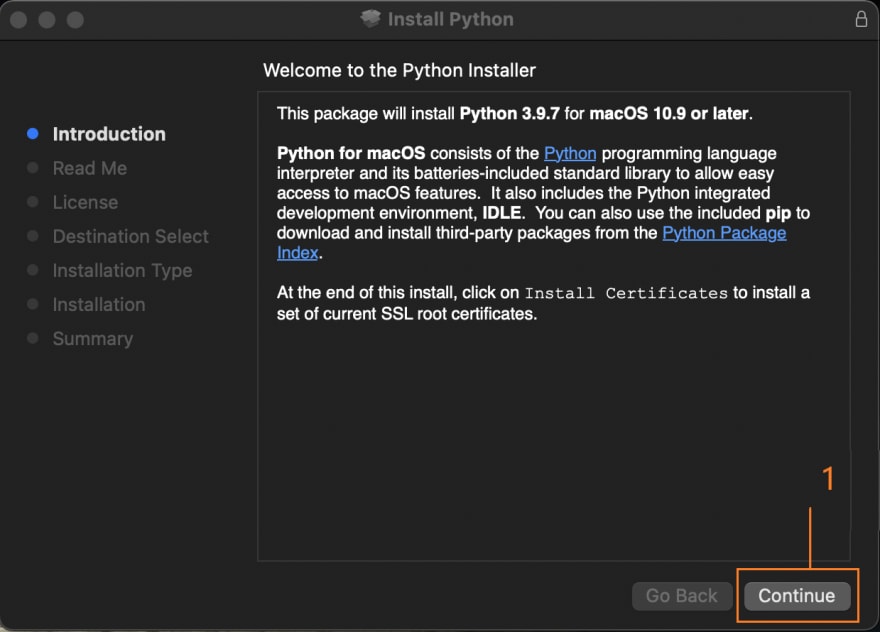 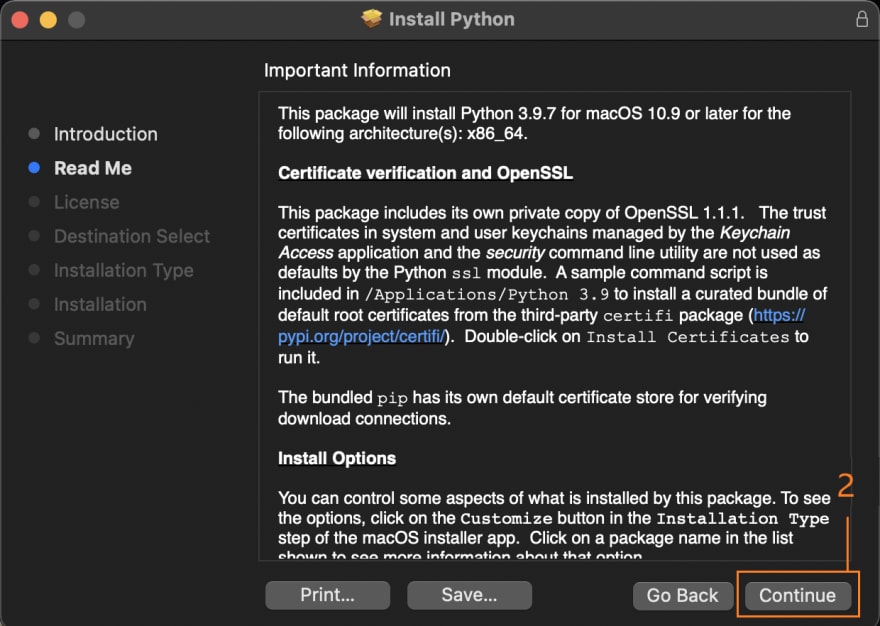 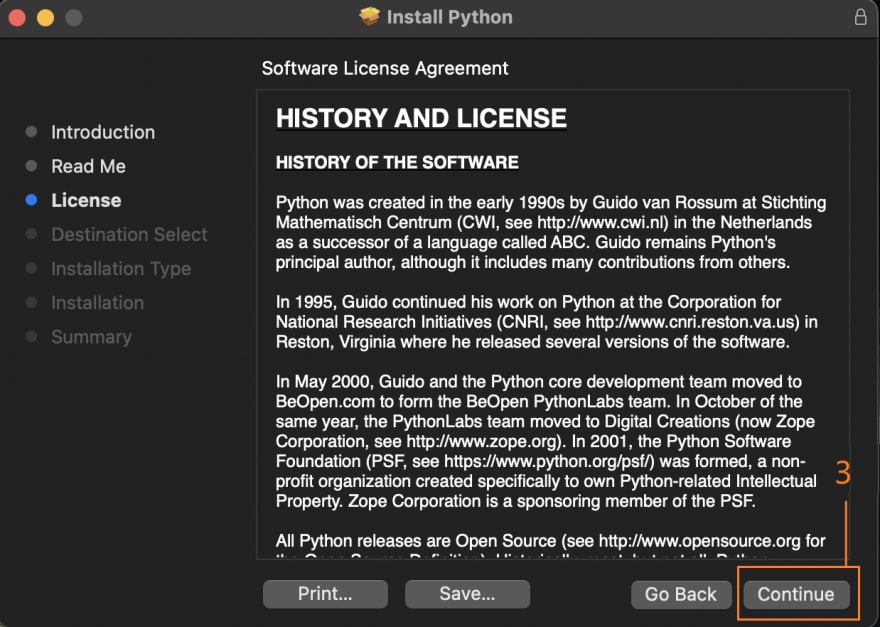 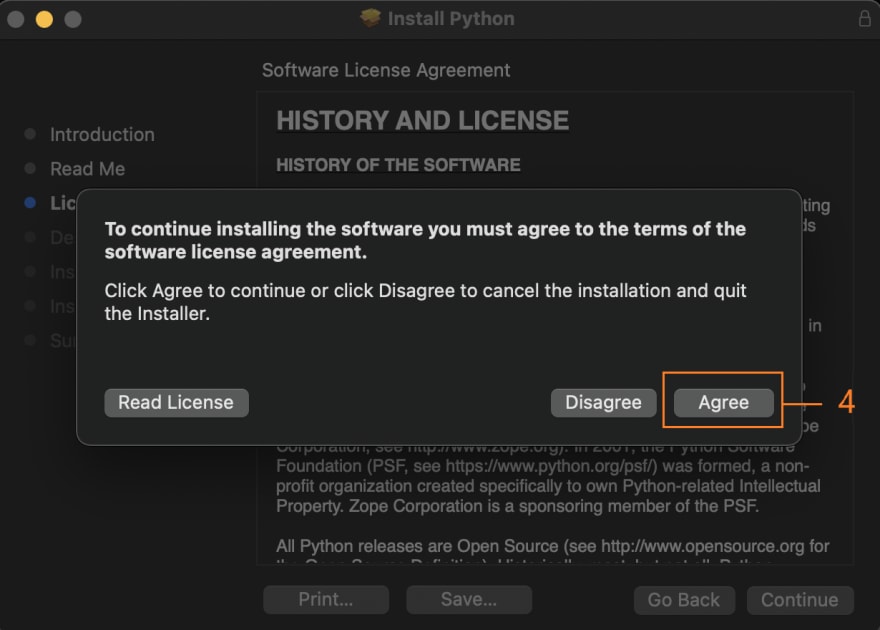 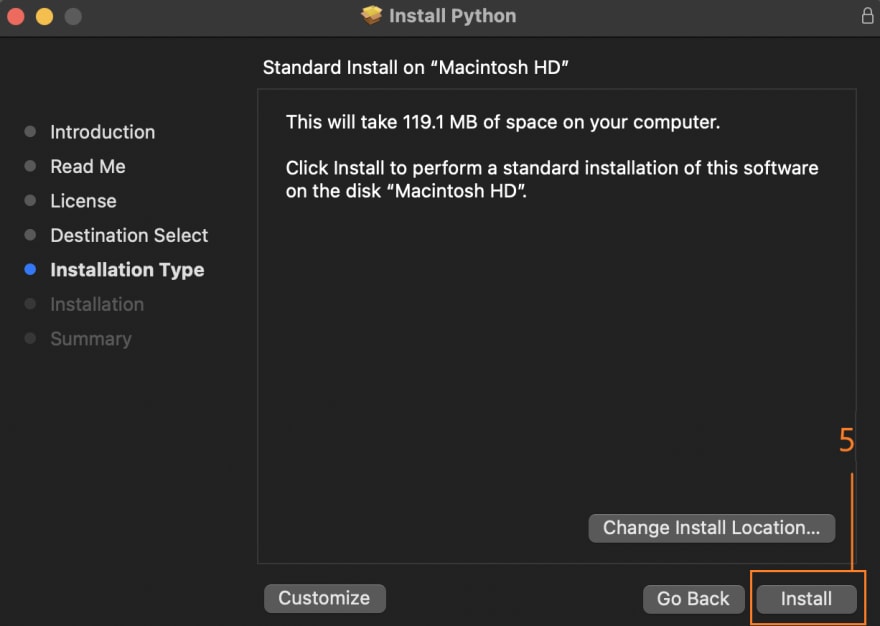 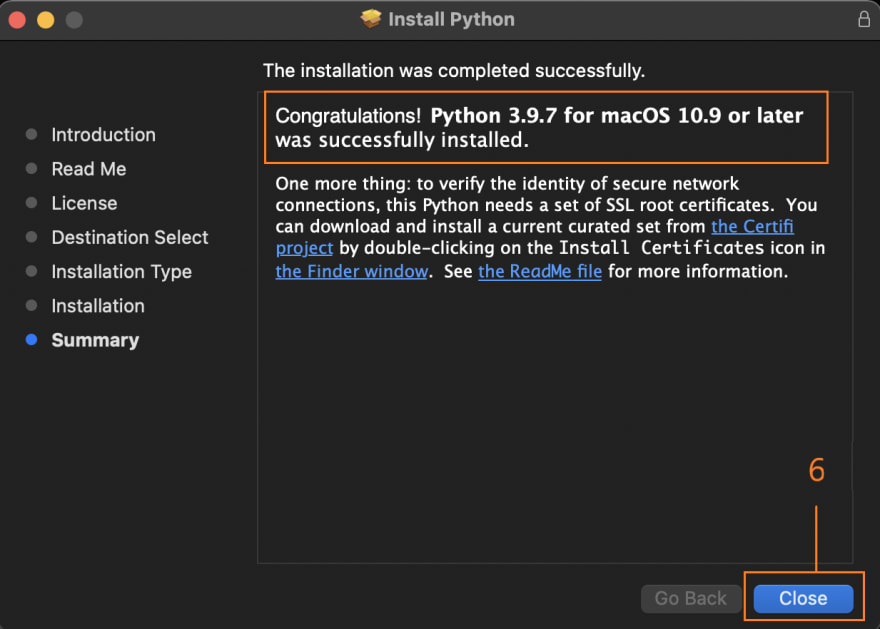 To verify the successful install, open terminal and write the following commands: 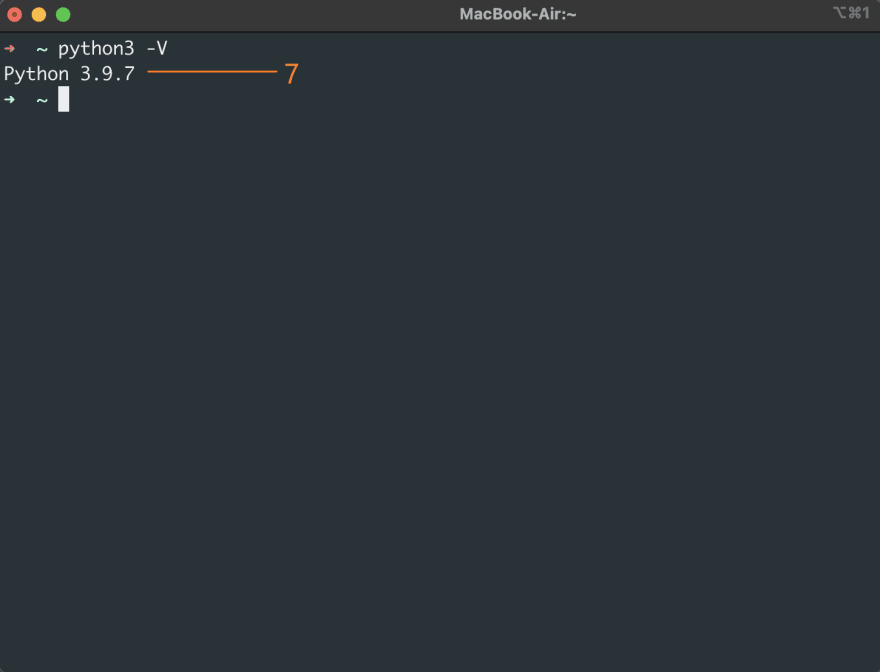 Most Debian / Ubuntu / Linux Mint operating systems come with pre-installed python3. To verify if your Ubuntu has python3 installed or not use the following command in the terminal. 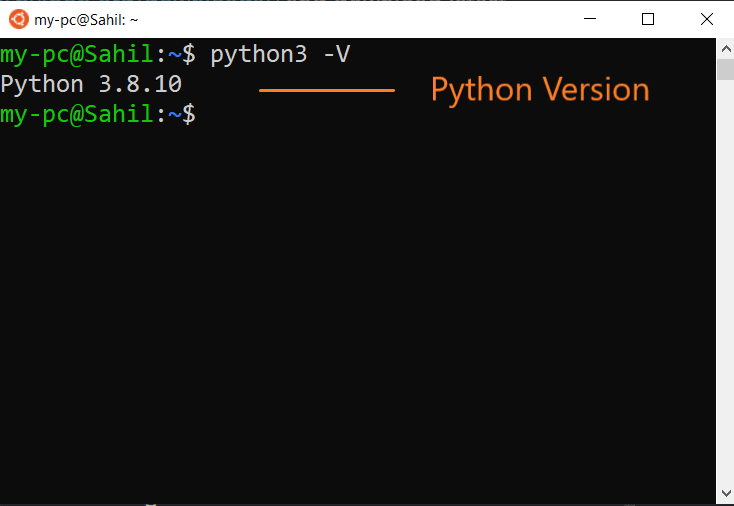 If you don't see any similar output as shown in the image then run the following command in the terminal.

To install Python 3 use:

After the installation and verification process, finally, it is time! Time to run a small piece of code in python.

We will run the old plain program to print Hello World! in Python. To write this code open any text editor or code editor and write the following code:

Now, save this file as hello.py and open any terminal in the directory where you saved this file.

If you are on windows write the following code:

On Linux-based systems and Mac, write:

You will see an output similar to what is shown in the image. 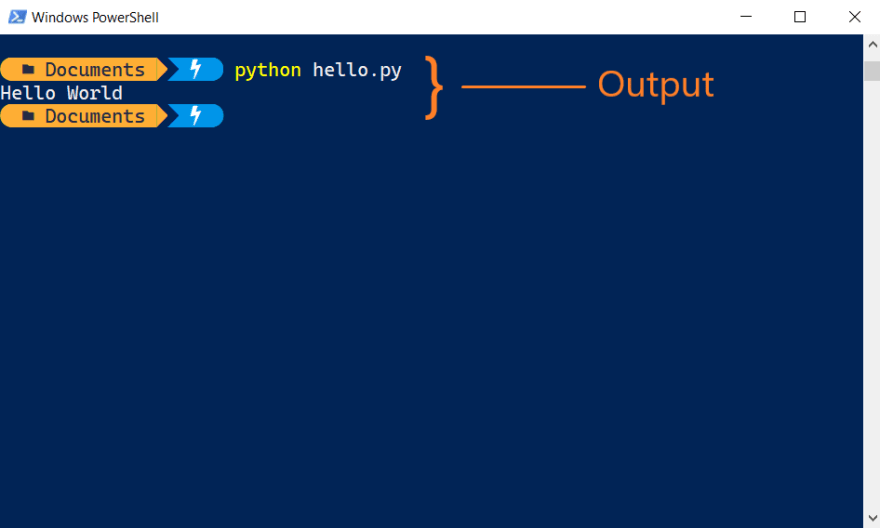 uhhfff, Finally! We are at the end of this section. I know there is a lot in here to process. The features and the installation processes and history. But this is it.

I hope you enjoyed this section and gained some insights into Python.

Make sure to share any thoughts, questions, or concerns. I would love to see them. Let me know if you need any help or want to discuss something. Reach out to me on Twitter, LinkedIn or signup for my Newsletter.

Thank you for your precious time ❤

Once suspended, sahilfruitwala will not be able to comment or publish posts until their suspension is removed.

Once unsuspended, sahilfruitwala will be able to comment and publish posts again.

Once unpublished, all posts by sahilfruitwala will become hidden and only accessible to themselves.

If sahilfruitwala is not suspended, they can still re-publish their posts from their dashboard.

Once unpublished, this post will become invisible to the public and only accessible to Sahil.

Thanks for keeping DEV Community 👩‍💻👨‍💻 safe. Here is what you can do to flag sahilfruitwala:

Unflagging sahilfruitwala will restore default visibility to their posts.