Given a string s, find the length of the longest substring without repeating characters. 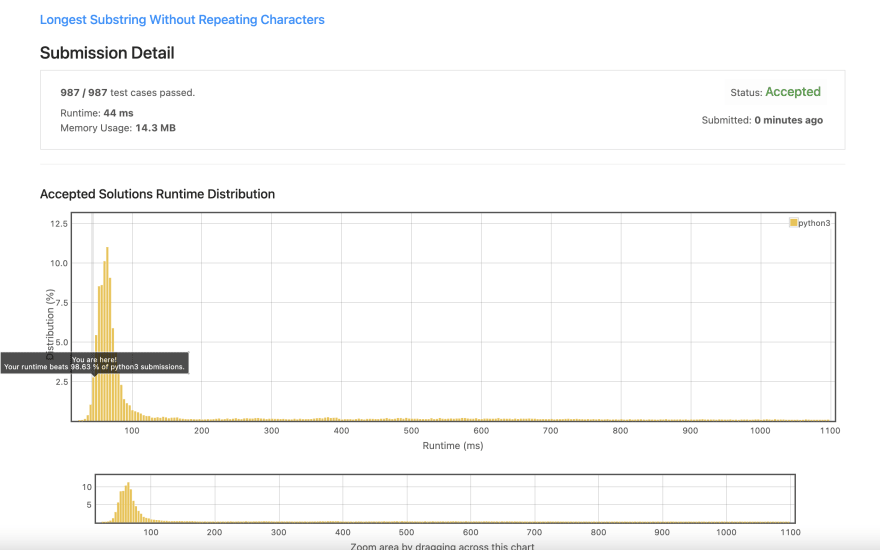 This one is the first one this week I would say was actually easy. I got it done in a few minutes. I could certainly optimise it more, particularly the memory usage but am happy to take it easy today instead.

The first step was to check if a string is one character or empty. The answer is 1 or 0 respectively in that case.

I knew I would need to create a counter for the current longest and only replace it when we encounter a longer substring.

We iterate over the string and create a new substring of characters that have not repeated. I am pretty sure we could do this without storing a separate substring. For example, we could store an index instead and compare between the current index and that. Each time we get to a new character, we check if the current substring contains it.

As long as we don't have a repeating character we increment the current_longest number if the current string is longer than that.

In the end, we return the current_longest number.

Visualizing the Color Spaces of Images with Python and MatPlotLib

Python from the word ...Go

Once suspended, ruarfff will not be able to comment or publish posts until their suspension is removed.

Once unsuspended, ruarfff will be able to comment and publish posts again.

Once unpublished, all posts by ruarfff will become hidden and only accessible to themselves.

If ruarfff is not suspended, they can still re-publish their posts from their dashboard.