Django apps are essentially individual feature sets for a website. A few examples of Django apps could be;

The possibilities are endless, but the idea is to create apps that serve one specific purpose. Then you can use that app in other Django projects. For example, your login system app can be plugged into any future Django projects that need user account creation.

Projects are a collection of apps, and they provide the configurations necessary for the apps to work with each other. As the official Django documentation puts it, "A project can contain multiple apps. An app can be in multiple projects."

There is also a Django apps website djangopackages.org. Where you can find apps that other developers have created, that you can add to your project.

First, make sure to be in the correct directory and activate your python virtual environment.

Now you should be in the same directory as manage.py. To create the app, that we'll call "app".

This should have created the app directory, and filled it with the following files.

Before you can use this new app in your project, you must register it in project/settings.py.

Getting started with this new app, we have to start with the "Hello, World!" test.

To do this we need to edit the app/views.py file, to define the index function.

Then, we have to create an app specific app/urls.py file, that will define the location of this index function.

The reason for creating this file, is to keep this a modular app, as mentioned earlier. Making it easier to edit the app when more code gets added, and plug in to future projects.

Add the following to this file.

Now you can start the server, by running the following command.

And you should see a rather plain but working index page like the one below. 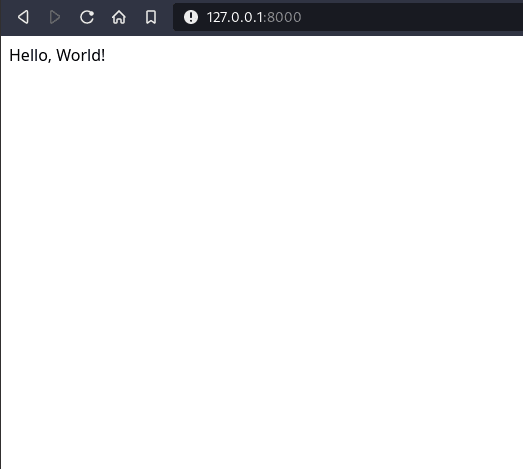 Before summarising what was covered in this article. You might have noticed there is already an "admin" app added to the project/urls.py urlpatterns.

This was created when you ran the command django-admin startproject project in the previous Django tutorial. And is technically the first user app you installed for your project.

At the moment when you visit the /admin page you'll be greeted with a login screen. But we'll go over Django super-users and project administration in the future. 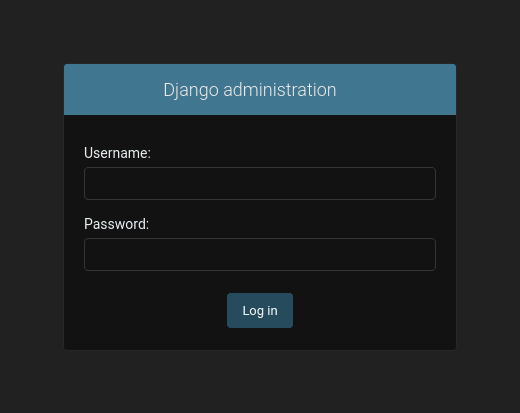 Hopefully, you have been able to follow these first few steps for creating and setting up your first Django app. If you have any questions, recommendations or found any errors with this post. Please let me know, in the comments below.

A Swiss Army Knife for JS Variables: Var or Let or Const?