This is the first blog of the series Everything About Django.

Just Install Python3 in your system along with pip.

How to setup Virtual Environment?

We will create a django project named Beginner.
Once our django is installed, we get access to django-admin which is a django administrator with which we initialize our new project.
Type in the same command prompt : django-admin startproject Beginner
This creates our new Django project.

This is our Django Project created. Let's look at the files. 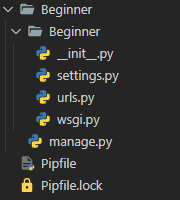 Inside our parent Beginner Folder, we have the following structure :

How to Run my Project?

Let's go to our same command prompt and go inside the Beginner folder cd Beginner and type : python manage.py runserver. This runs our django project on our system's localhost at port 8000: http://localhost:8000/
This is what our command prompt shows :

We have 17 unapplied migrations which we'll discuss in our next blog.
Let's go to the localhost url at 8000 port and test if our project runs. 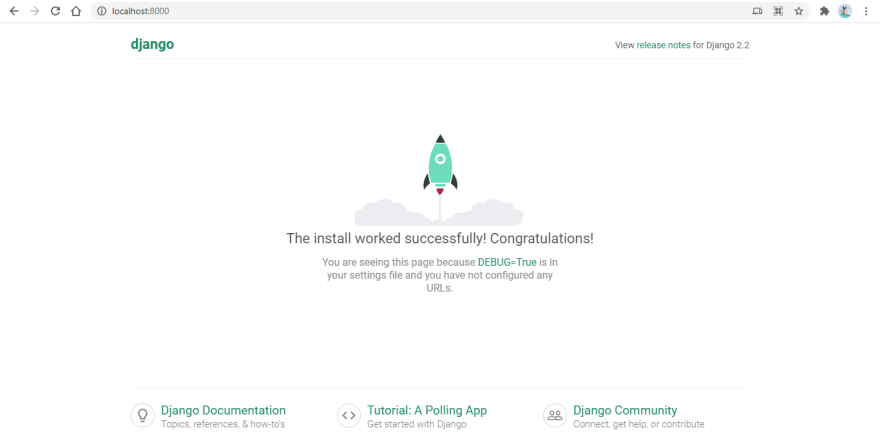 If we see this template on the screen, our project is working and properly configured. We can start working on it now.

You can find me at : My Portfolio | LinkedIn

Alternatives to SQLAlchemy for your project - Prisma case

Once suspended, priyanshupanwar will not be able to comment or publish posts until their suspension is removed.

Once unsuspended, priyanshupanwar will be able to comment and publish posts again.

Once unpublished, all posts by priyanshupanwar will become hidden and only accessible to themselves.

If priyanshupanwar is not suspended, they can still re-publish their posts from their dashboard.

Once unpublished, this post will become invisible to the public and only accessible to Priyanshu Panwar.

Thanks for keeping DEV Community safe. Here is what you can do to flag priyanshupanwar:

Unflagging priyanshupanwar will restore default visibility to their posts.