To say we've been working like crazy on Aista Magic Cloud would be the understatement of the century. The idea is to automate 80% of everything related to software development, implying the stuff you're using VS Code for today, by tapping into meta data, and create automation processes, that automagically creates software systems for you without you having to apply any effort or time.

To understand these numbers, realise that if a human being would need 6 months to create the following, having a salary of 5,000 EUROs per month, this implies 30,000 EUROs in additional profit for your employer if they chose Magic instead of human beings to create their system(s). 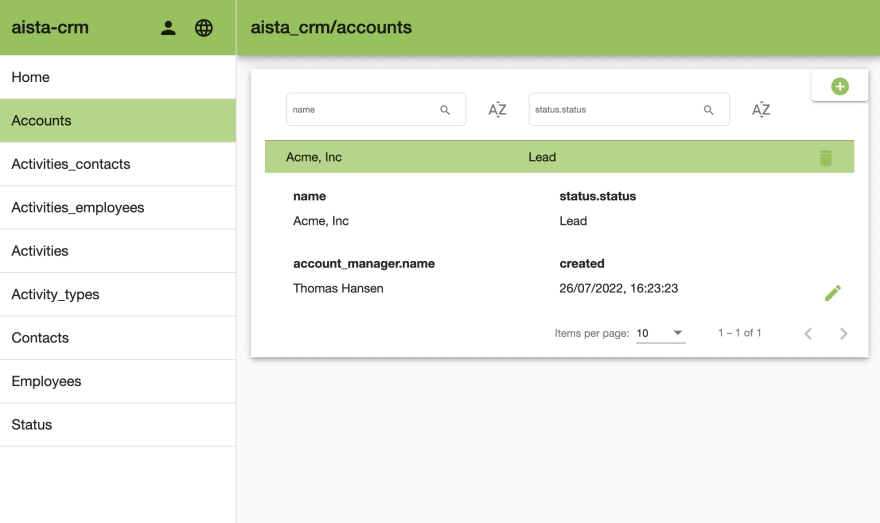 Magic of course creates 100% perfect Angular code, a 100% bullet proof Web API, takes care of authentication, authorisation, paging, sorting, filtering, foreign keys, etc, etc, etc. And as of the latest release, we have significantly increased the quality of the generated frontend code, improving the UX, and eliminating dozens of bugs.

In the following video, I am going through the entire process, starting out from our hub, creating a new backend cloudlet, downloading the CRM template database, generating a CRUD Web API, for then to generate the Angular frontend, compiling it locally on my development machine, and testing it.

There are roughly 30 million software developers on the planet. Each earning approximately 3,500 dollars per month each. Multiply these figures, and realise we collectively as a specie are using roughly 1 trillion dollars annually to simply create software. To put this number into perspective, using "the socialist argument", this implies we could feed every single starving human being on the planet, 250 times over, if we could somehow avoid this.

To use slightly less "socialist arguments", realise that if we as a company could somehow harvest 1% of the money we'd be saving the world for, I'd probably be richer than Elon Musk in a decade or so ... ;)

However, another crucial point, is that most of "the smartest people on the planet" are literally occupied copying and pasting code from StackOverflow into their own codebase, 40+ hours per week, and from an evolutionary perspective, this is simply madness if you ask me ...!!

Hence, try to imagine if 30 million of the smartest amongst us all of a sudden had 80% spare time, and what this would help us achieve as a specie in regards to innovations and great stuff that would somehow help mankind evolve. I tried communicating this argument in my Gutenberg article - However, I suspect the argument was lost for most.

When sh*t hits the fans though, I guess the final argument really is as follows ...

Regardless of how you look at it, I think it's cool. If you think it's cool, you're more than welcome to register for a free cloudlet and play with the thing ... ^_^