They were using MySQL.

The old way of storing tweets at Twitter was using temporal sharding.

In simple words, Gizzard is a middleware networking service that manages partitioning data across arbitrary backend datastores (e.g., SQL databases, Lucene, Redis or any datastorage backend we can imagine). The partitioning rules are stored in a forwarding table that maps key ranges to partitions. Each partition manages its own replication through a declarative replication tree. 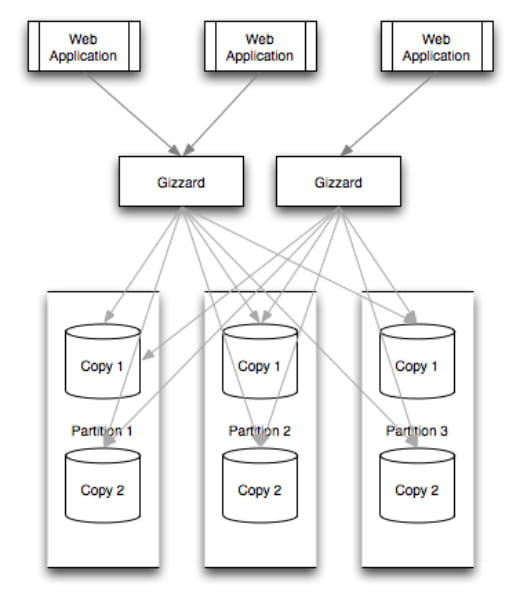 Basically, Gizzard sits “in the middle” between clients (typically, web front-ends like PHP and Ruby on Rails applications) and the many partitions and replicas of data. Sitting in the middle, all data querying and manipulation flow through Gizzard.

When ever we tweet, its stored in an internal system "T-bird" which is built on the top of Gizzard. Secondary indexes are stored in "T-flock" (Gizzard based). Unique Ids are generated using "Snowflake". FlockDB is used for ID to ID mapping. It basically stores the relationships between IDs.

Gizzard implements a tweet store that isn't perfect in the sense of load balancing, but it allows:

Once suspended, pankajtanwarbanna will not be able to comment or publish posts until their suspension is removed.

Once unsuspended, pankajtanwarbanna will be able to comment and publish posts again.

Once unpublished, all posts by pankajtanwarbanna will become hidden and only accessible to themselves.

If pankajtanwarbanna is not suspended, they can still re-publish their posts from their dashboard.