🚢 Shall we continue with sea allegories? I made an amazing picture to attract attention.

Large organizations are often quite conservative when it comes to upgrading to the latest software versions.

Of course, it is very important to be sure that everything works clearly and correctly, especially considering Helm's wide use in CI. Fear of migration is not so unfounded. We're not sailors onboard the RMS Titanic who didn't have binoculars, are we? You should turn the helm, understanding which way the ship will turn! But first things first! 🧊

Helm v2 became legacy in late 2020, but there are companies that still use version 2 in their practices these days.

There are not many short and clear summaries on the Internet about migrating to Helm v3. Well, in this note, the author will try to break everything down into points.

Backup all the existing releases! It’s important to take a backup of all the releases before starting with the migration. Though the first step of migration won’t delete Helm v2’s release information, it’s always better to take a backup. 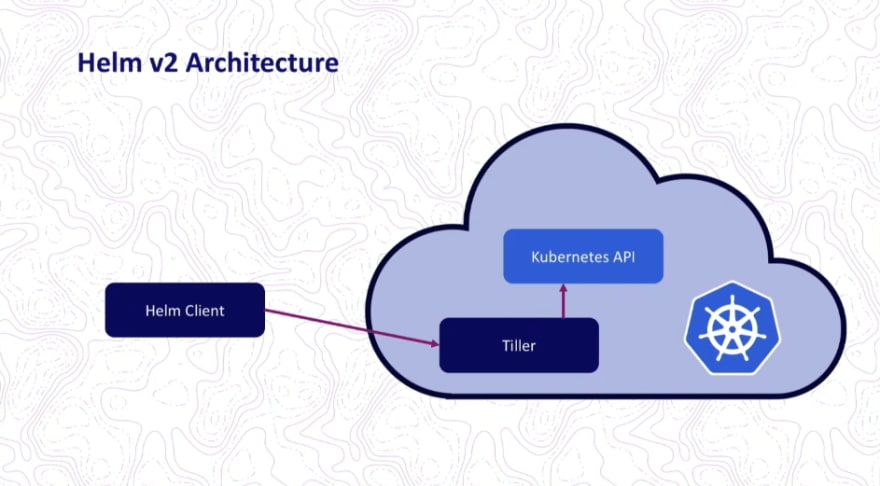 By default, Helm v2 stores its releases' data as ConfigMaps in kube-system namespace of the cluster. This command is to list Helm v2 releases:

Helm v3 changed the default release information storage to Secrets in the namespace of the release. How to list Helm v3 releases:

Using helm-backup plugin by Maor maorfr Friedman. The helm-backup is a Helm v2 plugin which can take backup of releases and also has the ability to restore them. Here is how it achieves the backup.

It finds the storage method used by Tiller, then backs up the ConfigMaps along with release names as a .tar file. While doing the restore, it first applies the ConfigMaps. Then, it tries to find the release with STATUS=DEPLOYED label, gets the manifest (YAML) for that release and then applies it.

Another way is to just backup all the ConfigMaps which hold the release information. The easiest way to do it is to run the following command:

When we install or update a chart, it creates one Helm release in the cluster. 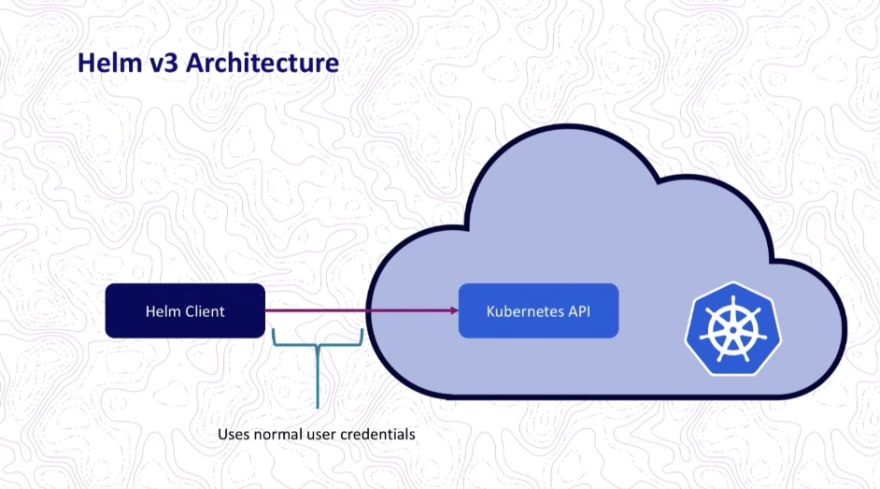 It is stored as a ConfigMap within the cluster in case of Helm v2. This makes it possible to do the rollback and keeps a history. The format in which Helm v3 stores the release information is different from v2; v3 uses Secrets predominately as a storage. The 2to3 plugin written by Martin Hickey will do the work of converting these releases to the new format.

⚠️ An important note about access to the tiller namespace for required RBAC roles. If Tillerless setup, then a service account with the proper cluster wide RBAC roles will need to be used. If not used, forbidden errors will be thrown when trying to access restricted resources.

It is good to have this list for your confidence.

⚓ Stage 3. Launching an automated migration with a bash script:

The labels and annotations [which had not been added to migrated Kubernetes objects] should be added manually:

⚠️ Example of needed labels & annotations which are valid for stage 4:

If before we relied entirely on the version 2 of Helm, then we have Tiller installed in our cluster, so we may omit --tiller-out-cluster flag. The safest way of course to start with --dry-run flag (for simulation only).

⚓ Stage 5. Checking out whether it was successful

Helm v3 now behaves similarly to kubectl. With Helm v2, you could query all releases across all namespaces simply by typing helm2 ls. With Helm v3, running helm3 list will only show releases in the default namespace, just like kubectl get pods would.

To list releases in any non-default namespace, you must supply the -n argument and the namespace, just as you would when using kubectl.

As we did not specify --delete-v2-releases flag, Helm v2 releases information was left in-tact, it can be deleted with helm3 2to3 cleanup later on.

After all, we may remove Tiller from our cluster:

Some CLI commands have been renamed in Helm v3

helm2 delete is renamed to helm3 uninstall, but the first one is still retained as an alias to helm3 uninstall. Also, in Helm v2, the --purge flag removes the release configs. In Helm v3, this feature is enabled by default. To retain the previous behavior, you can use the command helm3 uninstall --keep-history.

🔱 Note B. Check your YAMLs

When chart's Kubernetes apiVersion is set to v2 it signifies that it is using v2 schema that is introduced in Helm v3. Therefore, apiVersion: v2 is not rendered in Helm v2 because of this. If you need more compatibility, stay on v1 here.

Painless migration to you!
Happy charting!

How to Write to Workflow Job Summary from a GitHub Action

The Ultimate Guide to GitHub Backups

Once suspended, otomato_io will not be able to comment or publish posts until their suspension is removed.

Once unsuspended, otomato_io will be able to comment and publish posts again.

Once unpublished, all posts by otomato_io will become hidden and only accessible to themselves.

If otomato_io is not suspended, they can still re-publish their posts from their dashboard.

Once unpublished, this post will become invisible to the public and only accessible to Roman Belshevitz (Balashevich).

Thanks for keeping DEV Community 👩‍💻👨‍💻 safe. Here is what you can do to flag otomato_io:

Unflagging otomato_io will restore default visibility to their posts.