This past Hacktoberfest, I had a lot more planned than I could pack in a punch. I took on two game jams (one of which is still ongoing), planned out some emulator projects, and made four pull requests on some fixes to my own repos and projects. Furthermore, I recently published my first ever game (and in CHIP-8!) and made a CLI music and movie recommending app as a part of ShellHacks Miami!

Before then, I had barely considered regularly making pull requests, nor had I thought of the significance of PRs and how much they mean to open source. But thanks to this grand opportunity by Digital Ocean, I come out of this Hacktoberfest much more learned and with thoughts.

For my first pull request, I added some more... life, to spicy Asian mom bot. Aside from some slight refactoring and restructuring, I made a request for mom bot more "friendlier", and as a result, I definitely got back some positive feedback from those who requested it.

In addition, in the beginning of this month, I participated in ShellHacks 2020 hosted by Florida International University, in which I ended up successfully demoing my first completed project! There's definitely plans to turn it into a mobile app using the Kivy framework in Python, but for now, it is simple (albeit requires some authentication). I made a few more PRs on it to refactor and restructure its code, as well as some linting. Read more on this project here.

First solve at a CTF!

I just remembered this but, after having competed in CTFs for about a year with the ever so talented Kernel Sanders at UF, I actually had my first breakthrough solve at DamCTF this year! 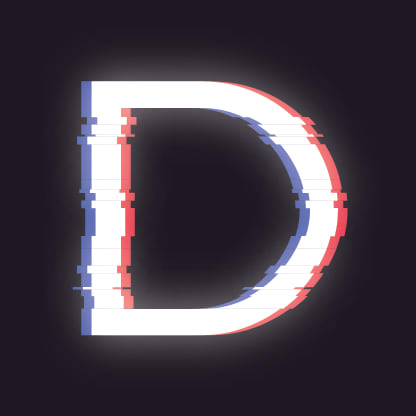 You can read my writeup on solving the Discord bot challenge here.

I stumbled upon OctoJam 7 while scouring Itch.io for some fun game jams and ideas to participate in. Initially the aesthetics lured me in, but then the more I read up on the Octo language and project, the more I wanted to create a nostalgic game of my own! And after much much debugging and help from The Internet Janitor himself along with other seasoned devs, I successfully released my first (albeit short) game on Itch (and it's open sourced too!). Octo, as I've found, is definitely fun and a great intro to what's to come for learning and working with Assembly. I'm definitely looking forward to participating in this jam next October.

As of right now, I'm currently active and running in Yuri Jam 2020 on Itch.io, and working on a VN-platformer hybrid game about two people trying to reach each other in a desolate cyberpunk world through a series of letters (and jazz music galore). Plans are to publish a two-level demo by the start of December (hopefully!). Currently I am using Godot Engine to develop this as well (yay open source!).

There isn't much progress at the moment due to school and other projects, but! I managed to implement some of the basic mechanics through some placeholders. I have high hopes that this will turn into something more in a month's time.

This has definitely been a hack-filled Hacktoberfest, as I planned it to be. I definitely have a lot more to do, and much to look forward to, but thank you again to Digital Ocean for giving me inspiration to work on publishing more towards open source on Github! I feel like I am definitely progressing more as a developer and hacker after all of this.

For more on my projects and ongoing progress, visit my Github here.

Inspect yourself before you wreck yourself

Jocelyn (she/her)
Jocelyn is a 2nd year English and Computer Science student with a thing for software and game dev, web security, cryptography, and eating noodles.
Explain "Code Smells" like I'm five
#explainlikeimfive
Planning my career development for 2021
#codenewbie #career #beginners #motivation
What was your win this week?
#discuss #weeklyretro