Stuff in My Toolbelt (6 Part Series)

This article is also available on iamdeveloper.com.

This originally was just a gist, but I thought it made sense to just convert it to a blog post.

As the stateofjs.com survey this year noted, Visual Studio Code is quickly becoming the editor of choice for many web developers.

Perhaps the most striking stat on the 2017 State of #JavaScript Survey: VS Code (@code) is by far the most popular… twitter.com/i/web/status/9…

VS Code is my editor of choice. It's great for web dev, and if you're developing with TypeScript, it's definitely the way to go. Fun fact... it's written in TypeScript. If you're interested in learning more about TypeScript, check out my blog post Consider Using TypeScript.

TypeScript is what gives VS Code its refactoring and intellisense capabilities. Here's the really cool part. You get typed intellisense even if you're not using TypeScript via Automatic Type Acquisition.

Alright, let's get to it. Here's my current Visual Studio Code setup.

VS Code has a huge array of extensions available on their marketplace. As well as extensions, in 2017, extension packs became available. tl;dr, they're a grouping of extensions.

Settings Sync is a must have extension and I recommend installing it as your first extension. With this extension, you'll be able to backup most of your settings to a private gist. From there, restoring your settings is pretty easy. It's great for backing up settings as well as synching settings, which is what I do between my work and personal laptop.

Language extensions like Go and Python (see below) when installed get all the proper tooling set up to debug for those specific languages. Here's some others. The easiest way to get started with debugging is to press F5 and VS Code will offer you debugging configurations to get set up with. 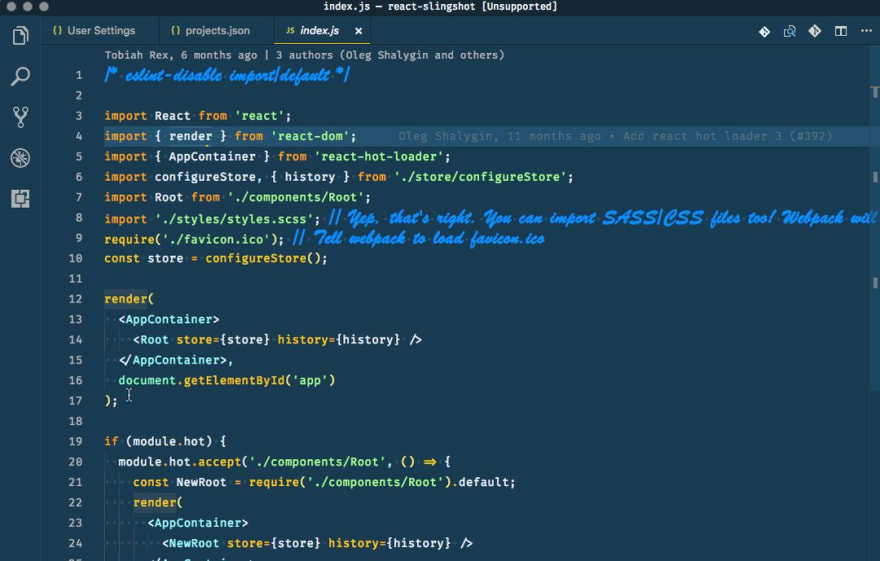 Update 2018/01/28: The Custom CSS and JS Loader can also be used to get a kind of Operator Mono look by using two fonts. See the tweet below. I did run in to some issues though. The main one was that the CSS class names had changed. Just read the whole tweet thread for all the info. 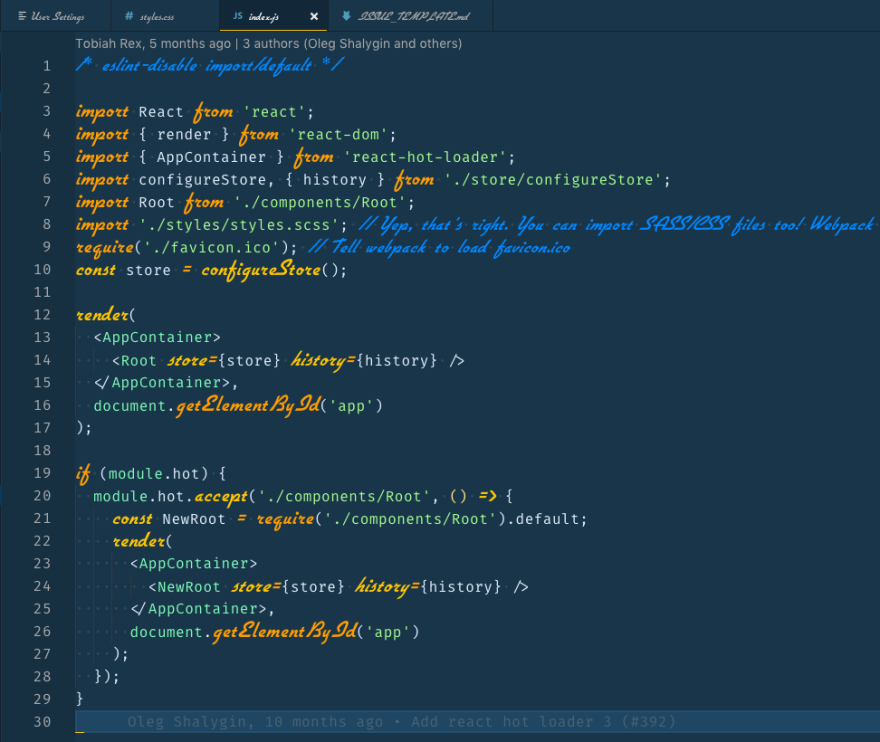 I'm currently taking the Cobalt 2 theme for a spin with the Fish Shell Fisherman Agnoster theme. 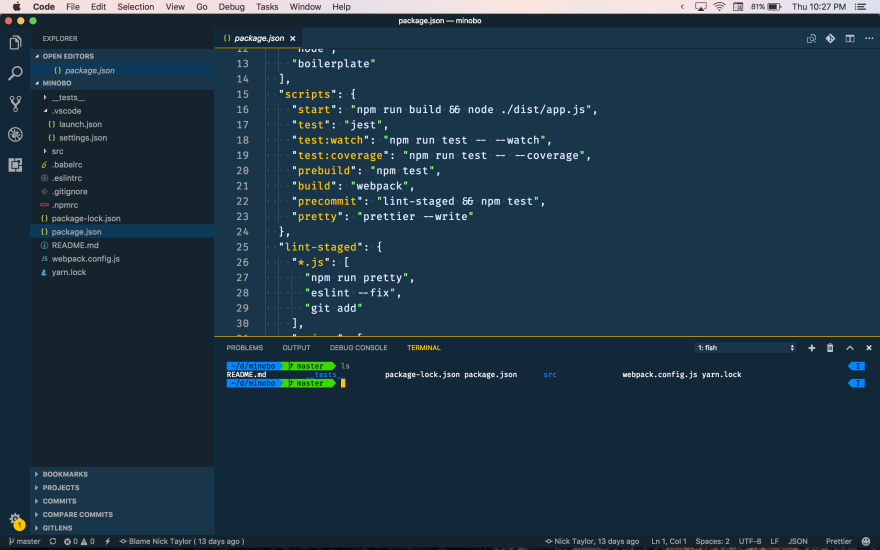 I still love using the Dracula theme with the Fish Shell Fisherman Joker theme, but thought I'd switch it up for a bit. 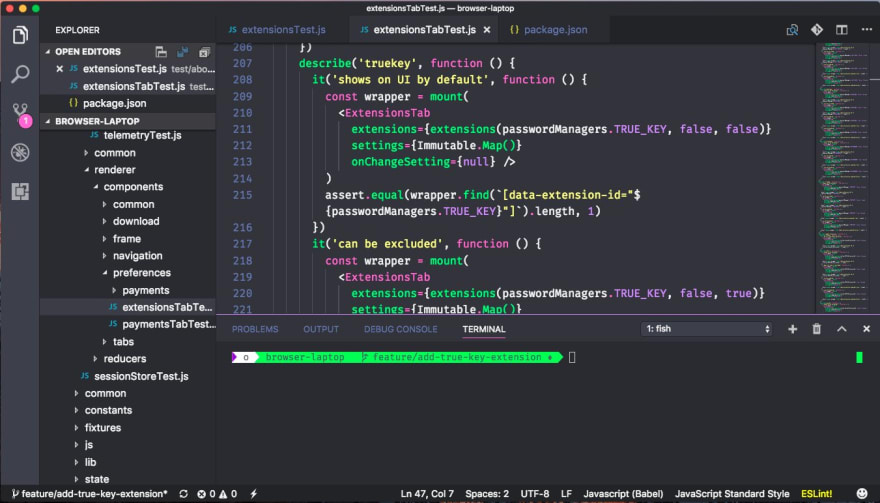 I've also used One Dark Pro, and Material theme which are great as well.

I use Fish Shell and Fisherman with the Agnoster theme right now.

I use Fira Code in VS Code. Once you've installed Fira Code, the setup in Code is quite easy.

Open your user settings and add the following:

Boom! Bob's your uncle and you now have Fira Code in all it's awesome ligatureness (is that a word?).

Also, if you're looking for great tips and tricks on Visual Studio code, check out www.vscodetips.com. One last thing that I'm really looking forward to is the availabilty of Live Share.

Stuff in My Toolbelt (6 Part Series)

Just some dev at DEV. Big fan of TypeScript, (P)React JavaScript and Node. C#/asp.net once upon a time.

I'm looking for some portfolio site inspiration! I'd love to see your favorite sites by other develop...

Boost your editor skills and rediscover your love for Regex! ❤️

40 web development tools you must know about in 2020