Continuing on with my series in sorting algorithms, next I'd like to talk about another crowd favorite: merge sort!

Merge sort is another one of the algorithms that is high on the interview study sheet, so I thought it'd be great to go over this one for anyone out there interviewing at this time.

If you've read the first post in this series, you'll be able to recognize that merge sort shares quite a few similarities with quick sort. Merge sort also follows the "divide and conquer" strategy and involves recursion.

Unlike the space complexity, the time complexity is always O(n log n), in average case run time as well as worst case. This is actually quite fast compared to quick sort.

Alright, let's break down the basic idea behind merge sort.

Essentially, merge sort has two main functionalities going on. The original array is being broken down by halves until only one value remains in each half and then the values are sorted and merged back together. 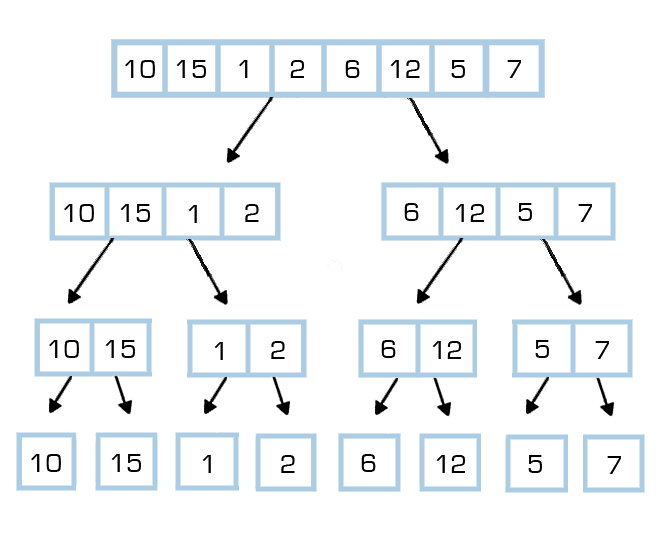 Upon merging, the value that is smaller gets chosen to be placed first into the new, correctly sorted array. This continues until both of the sorted halves are empty and all of the values have been placed into the new array. In the end, the original array can be pieced back together with correctly sorted sub arrays (or the smaller halves).

The merging function is being called multiple times, but you can see how it works at each level with the diagrams below. We are starting with the final merge, the two original sorted halves are now going to be merged together into the final original array. The two sorted arrays take turns checking which value is smaller. When they've decided, that value is put into the original array, replacing its previous value. 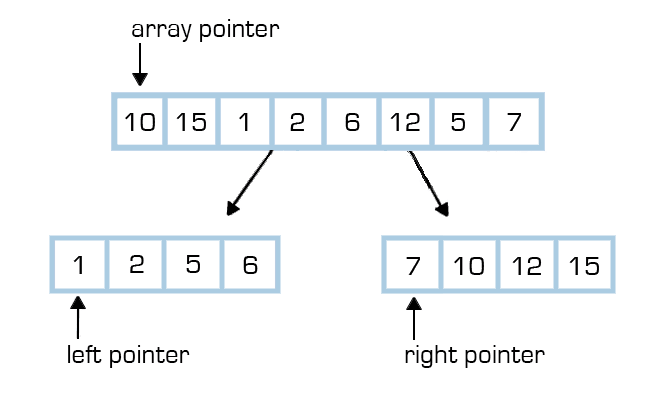 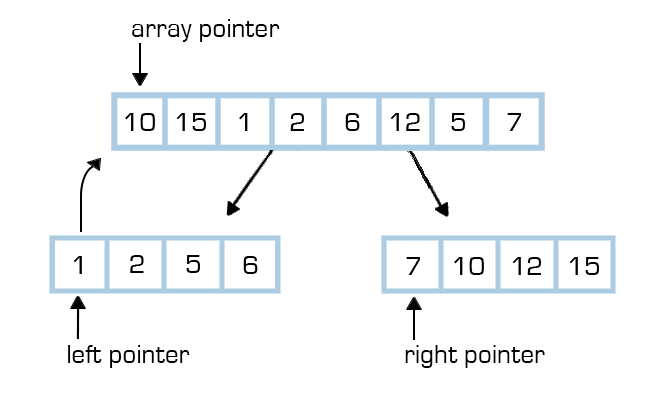 Next, we'll compare the left pointer value to the right pointer value again, and again, 2 is smaller than 10 so it will be put into the 1 index in the final array.

This continues until one of the arrays are empty or the array is correctly sorted.

This is just my implementation, so feel free to play around with it and leave your implementation in the comments! It's amazing and I love to see everyone's different ideas and knowledge come together.

Here are a few videos behind the theory and implementation of merge sort in case you'd like more explanation:

Also a bonus new resource I found for recursion:

UseState is asynchronous: Learn how to use useState and useEffect properly