GAME MODE 2020 starts next week, and we're eagerly preparing for it.

One of the chief challenges in building a game in a month is determining how everyone can work together. There's this pesky little thing called Brook's Law that we're up against:

Adding more people to a late project makes it later.

Many of the same dynamics that make this true can also slow down a project because of the size of the original team. To avoid this problem, we have to be very deliberate about how we assign tasks.

We've been planning DiamondQuest over the last couple of weeks, so we can dive right into coding on June 1st. As per our usual workflow, we've been mapping out all the design goals and features on our wiki.

During our planning meeting on Saturday, we decided to divide up features into four sectors, with two of our eight developers assigned to each sector. In talking through the features, we identified four areas:

By dividing the game tasks in this way, each component can be built in relative independence to the others, speeding up development time. We don't have to worry about developers stepping on each others' toes, and Brook's Law is averted.

Another component we needed to address was the turnaround time for code reviews. When you're trying to build a game in a month, you don't have time to review, test, and polish large changesets. Instead, we plan to make small, frequent commits.

That is, instead of building a huge thing, like the loot table, in one shot, we build a small thing that's part of it, like a "dice roll". That gets reviewed and landed in a matter of hours, and the next piece can be built on top of it. We hope that by working in this manner, the project can support the contributions of many people without slowing down.

My good buddy Wightking created the tileset for DiamondQuest. Since we're going for a 16-bit inspired platform-style game centered around mining and archaeology, we have to have cool things for the player to find.

These are just part of the lovely tileset that Wightking built for the game. You'll see more in later updates!

Elizabeth Larson has also been working on the concept art for the miner character: 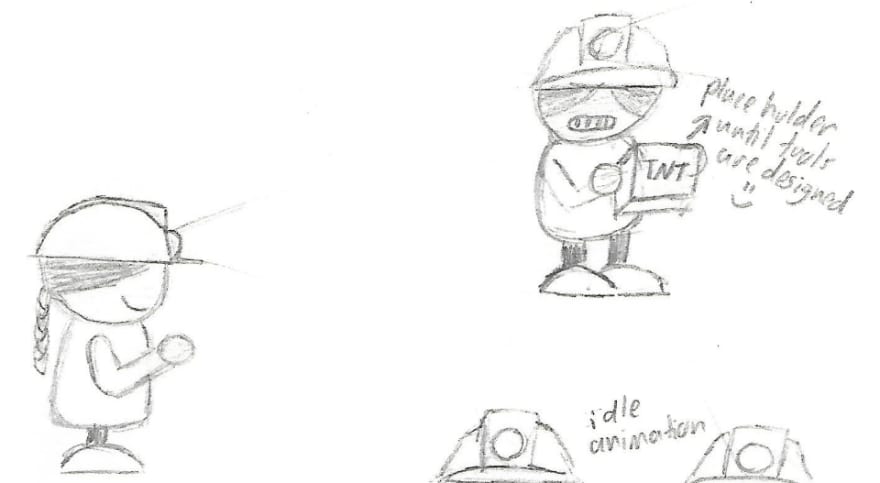 Tileset images are part of the DiamondQuest Tileset by Wightking for MousePaw Media. Licensed under Creative Commons Attribution-NonCommercial-ShareAlike 4.0

See something you like? We'd love to have your help!

Visit our website to learn more and join in the fun: mousepawmedia.com/developers/contributing

MousePaw Media seeks to further accessible education at all levels through their games, software, coding libraries, internship programs, free educational resources, and through supporting and contributing to the open-source movement.
code of conduct - report abuse

Introduction to Data Science in 5 minutes

Best Python framework for building a desktop application and GUI