And so, I began work on creating a planet generator.
At this stage, I've essentially just been following Sebastian Lague's procedural planet generator tutorial on YouTube. This was good and bad in a few respects. For instance, I was essentially just copying code into Unity, not learning the basics of how to use C# or really even just Unity for that matter. I did however learn a lot about noisemaps and terrain generation and should be able to do it myself once I properly understand the language.

The following screenshots, originally posted as comments on their relative GitHub commits, show the progression of the planet generator: 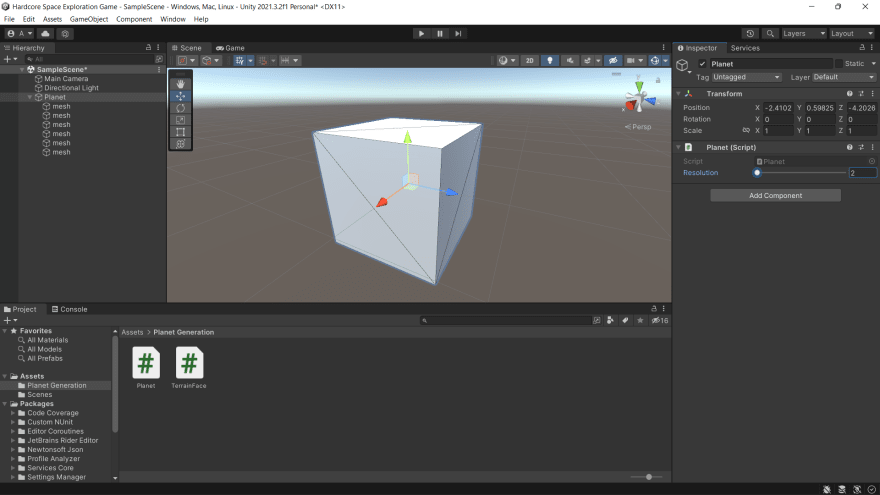 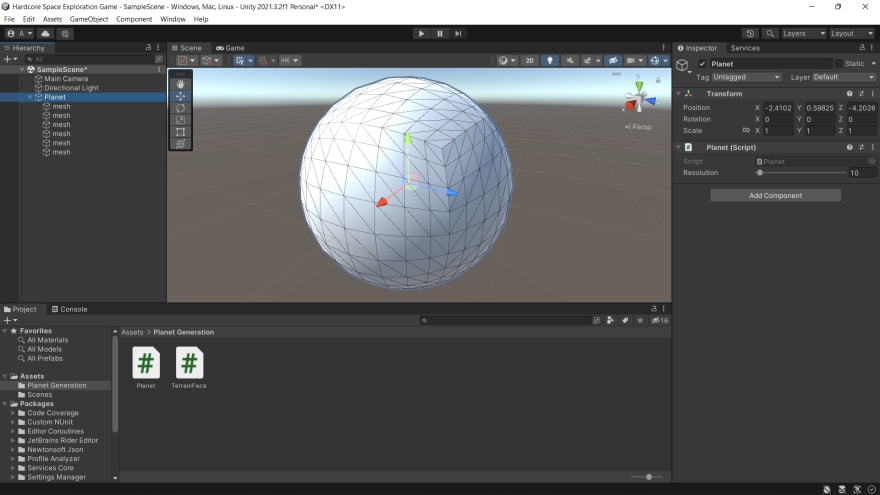 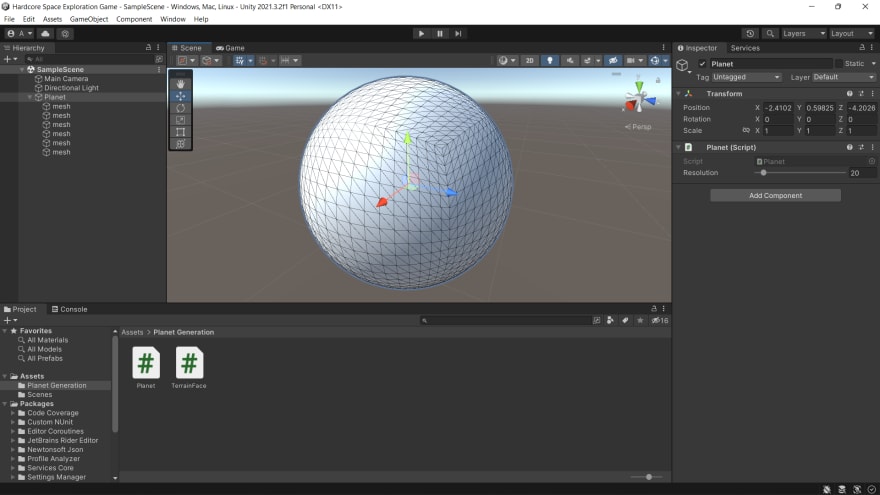 Then, colors and sizes were added. 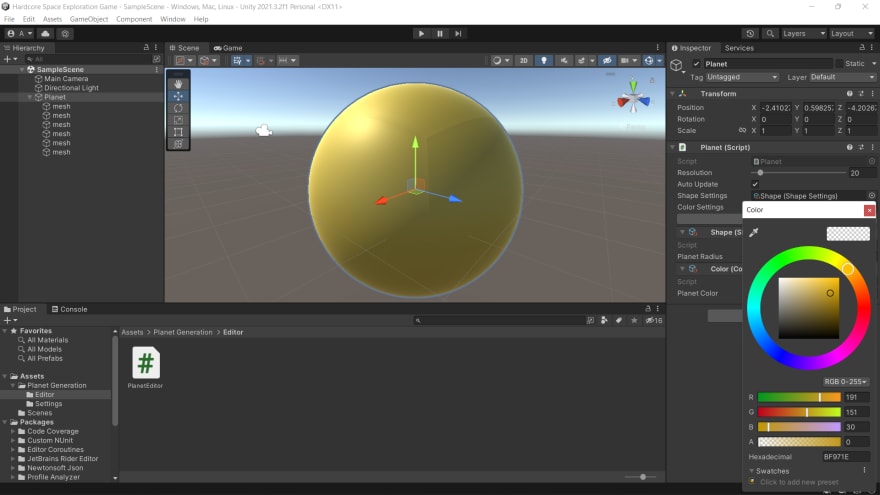 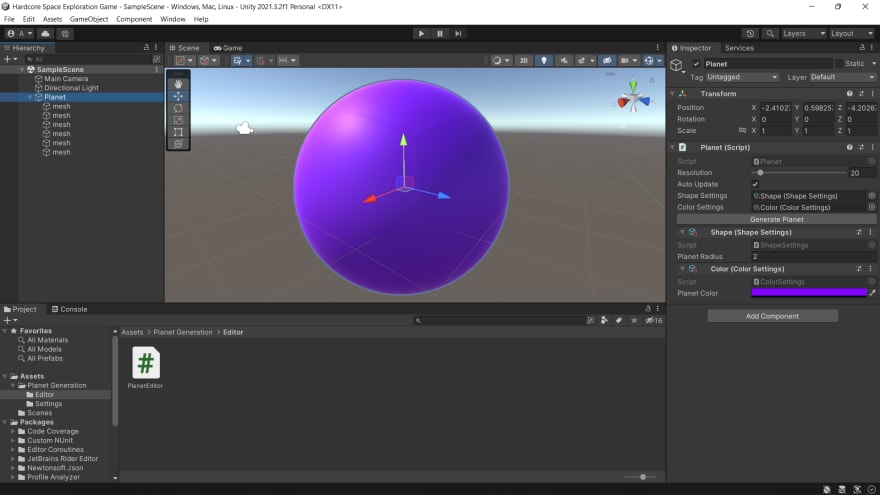 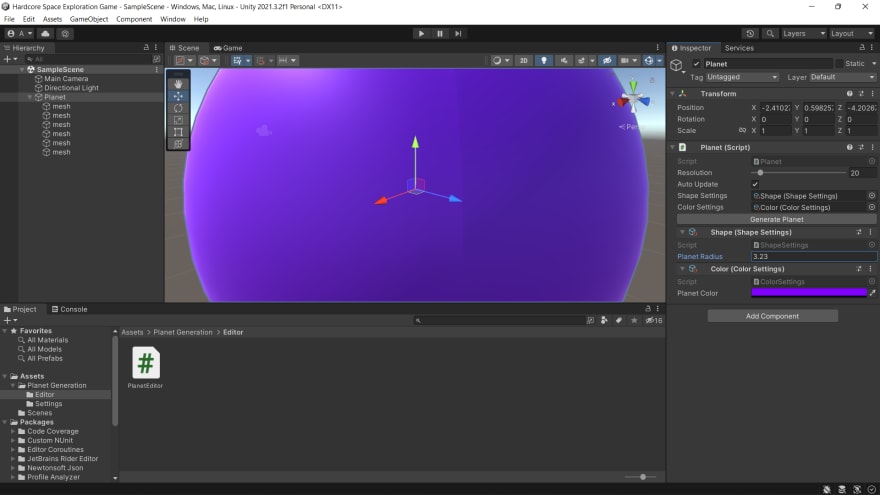 Then began work on the actual noisemaps and terrain generation. 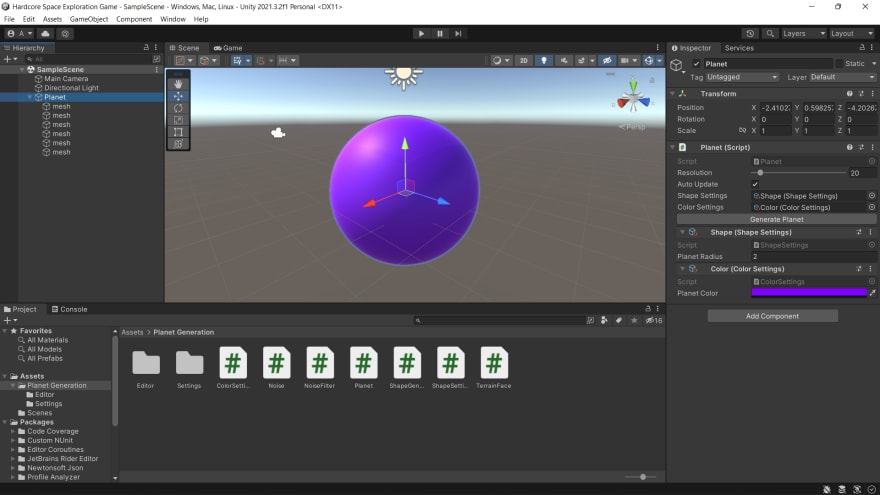 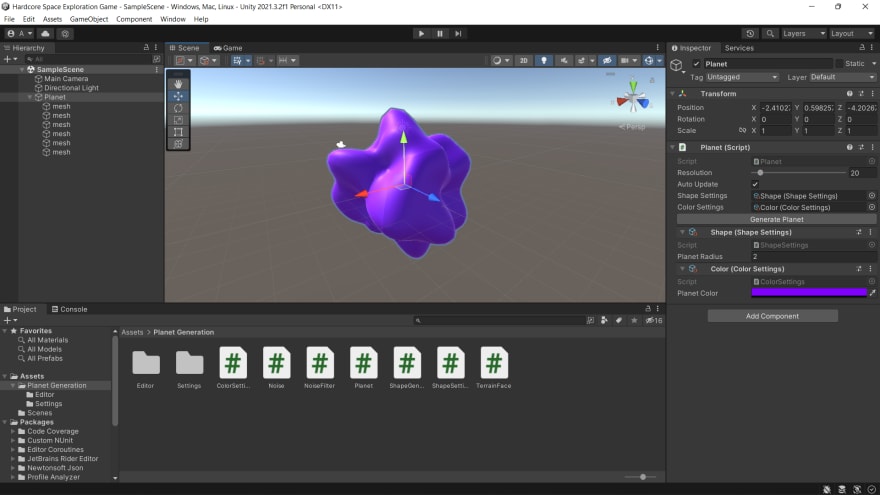 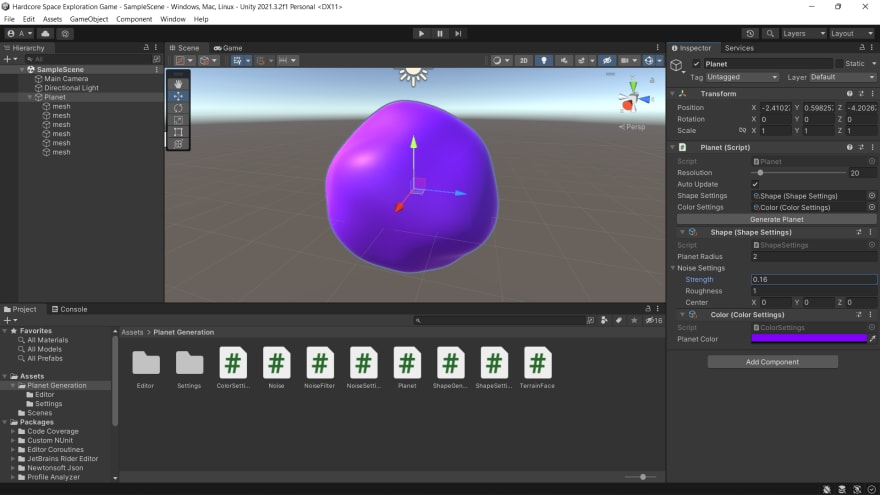 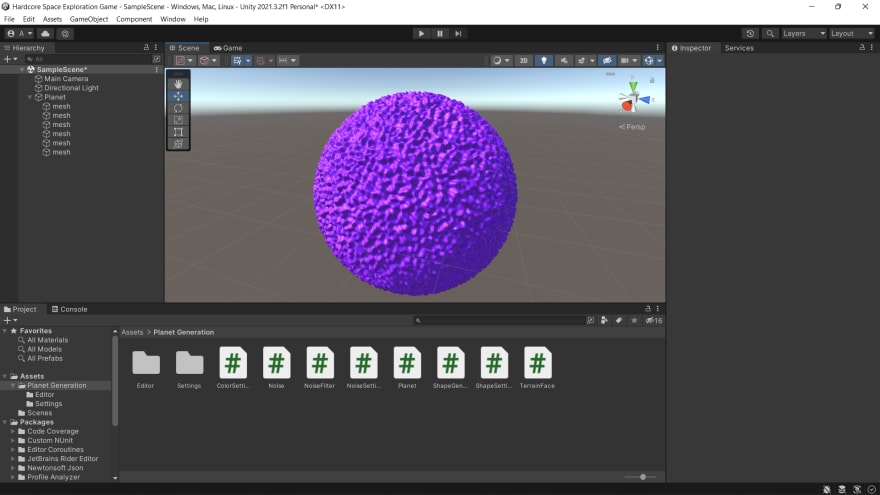 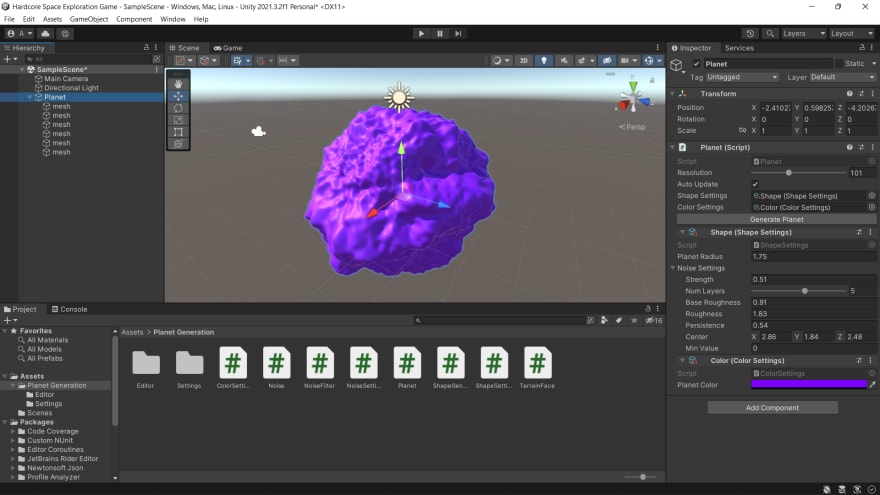 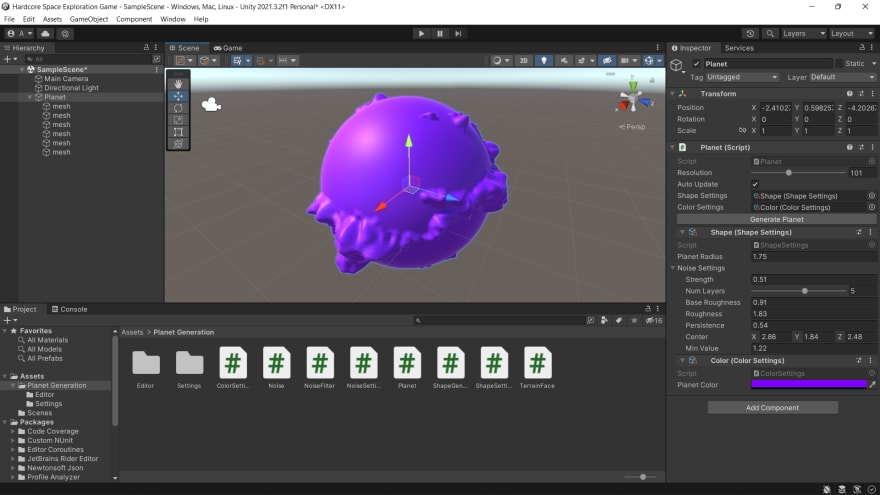 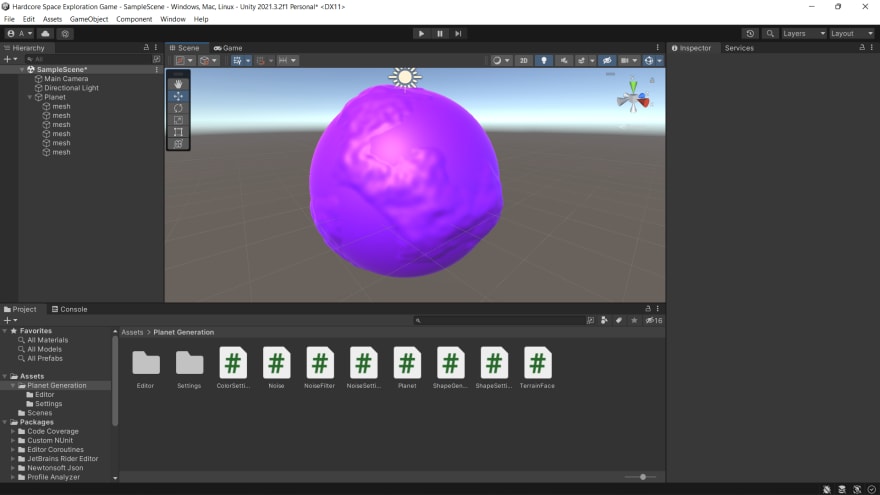 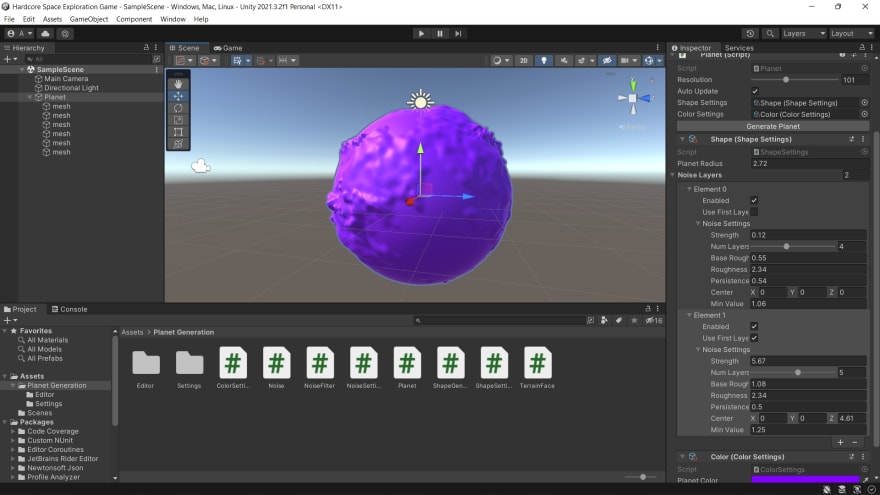 And then, filters to put on noise layers, for even more specific terrain. 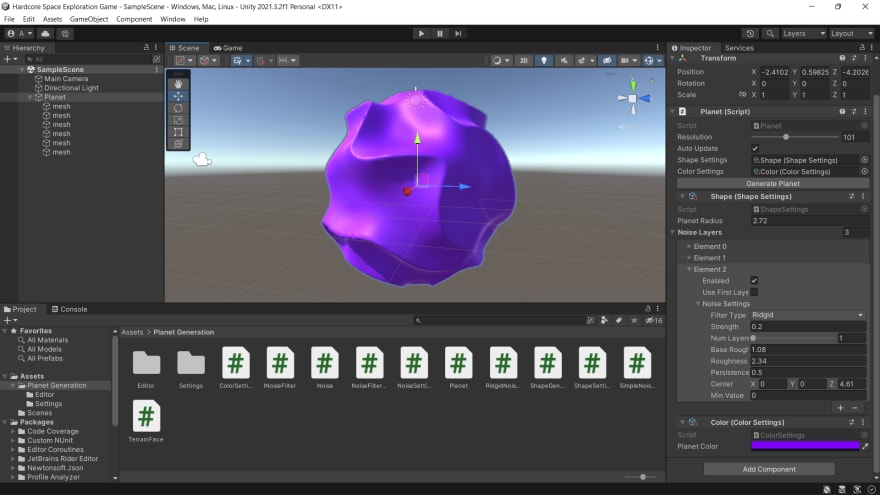 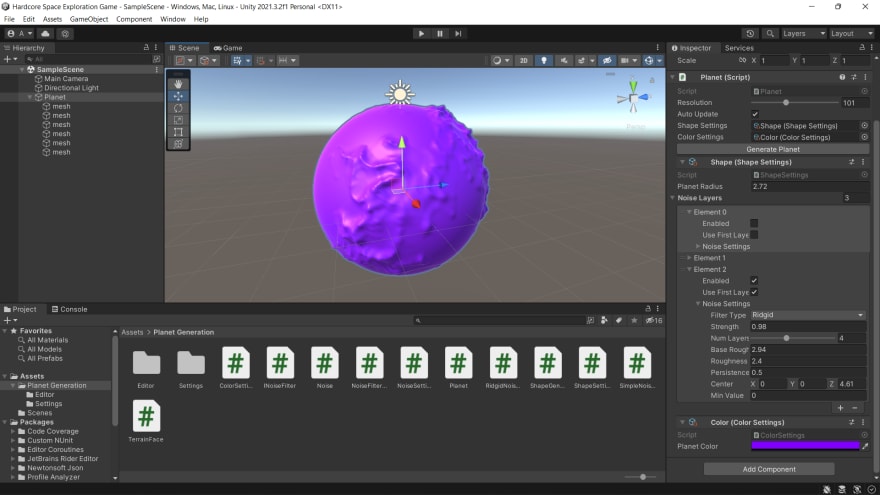 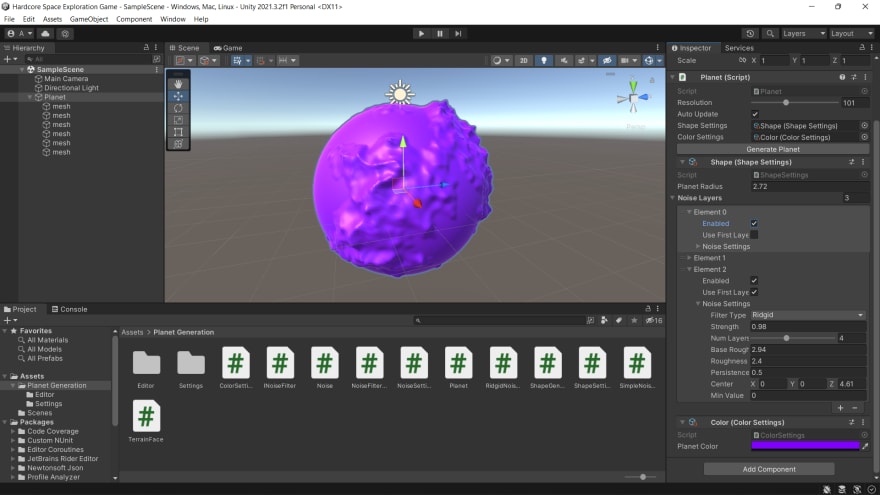 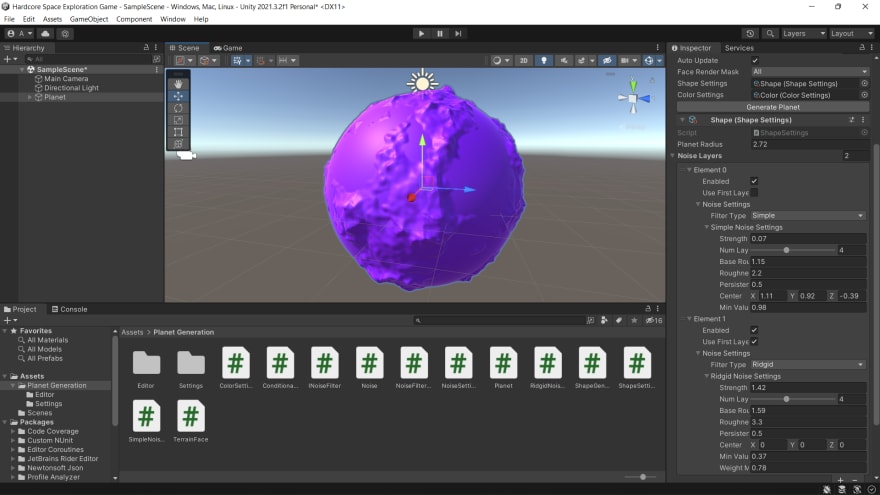 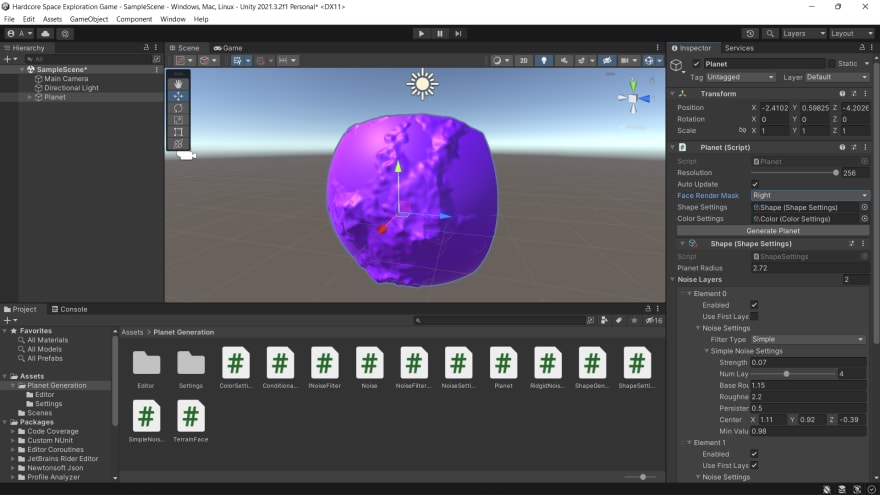 From there, I could start on shaders. 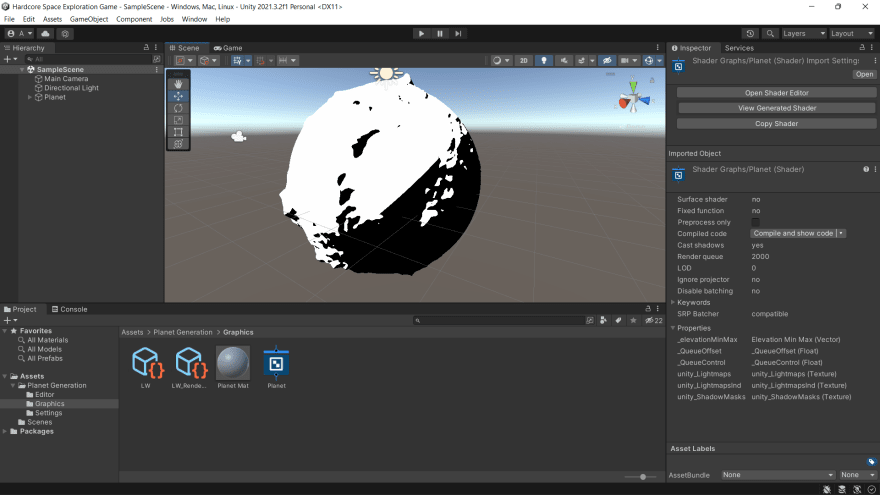 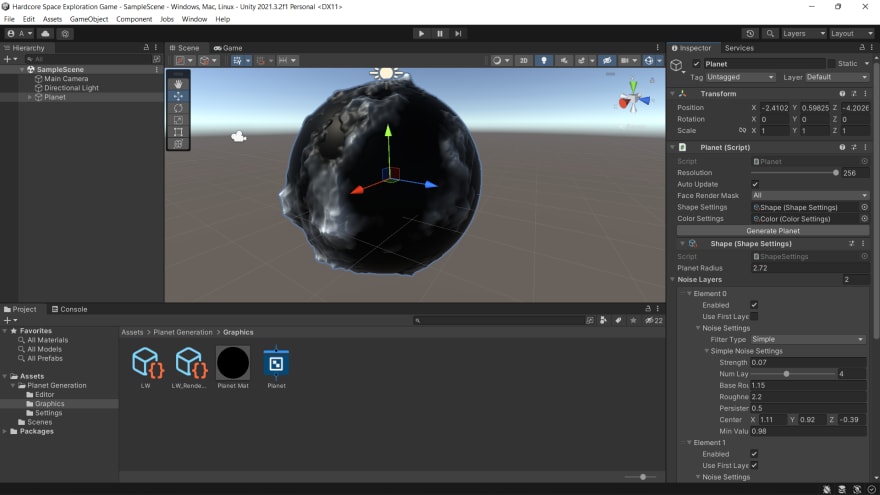 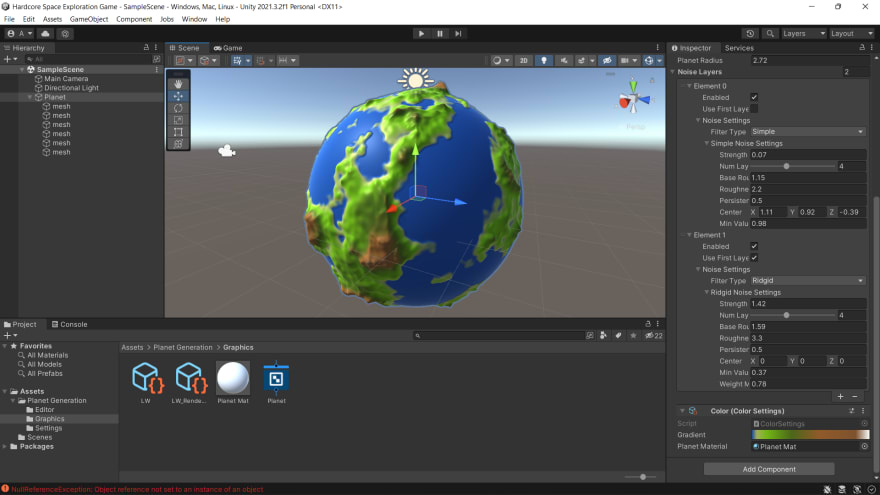 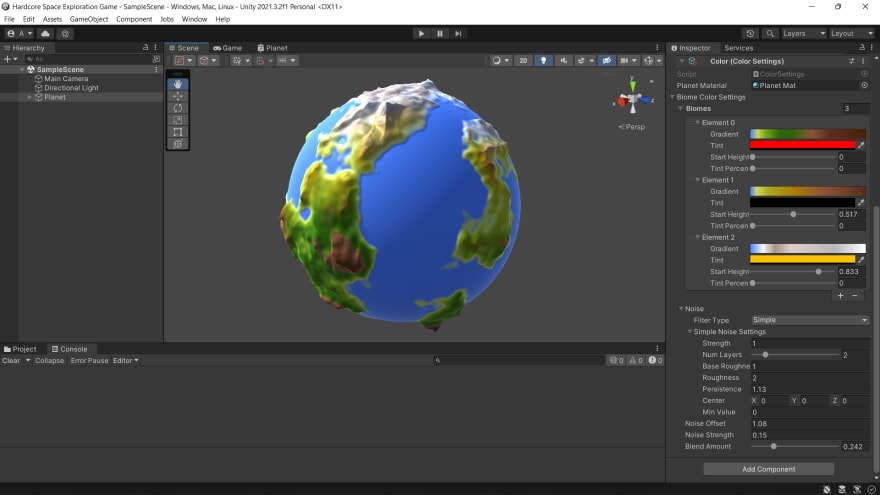 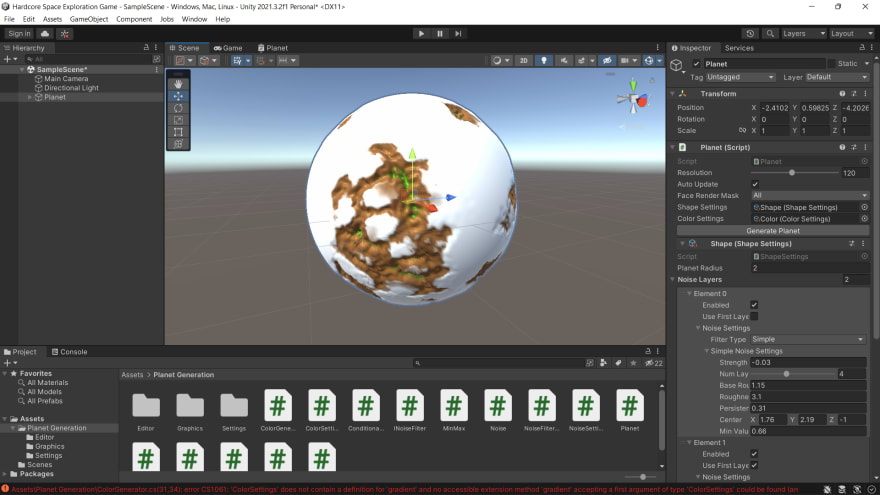 And that's that. The planet generator code was done, I had nothing left to do with it, and it was good.
But there was one big problem...

What is a Feature you Think Ecommerce Platforms are Missing Out on Implementing?

Once suspended, megallix will not be able to comment or publish posts until their suspension is removed.

Once unsuspended, megallix will be able to comment and publish posts again.

Once unpublished, all posts by megallix will become hidden and only accessible to themselves.

If megallix is not suspended, they can still re-publish their posts from their dashboard.

Once unpublished, this post will become invisible to the public and only accessible to Alexie "Mega".

Thanks for keeping DEV Community 👩‍💻👨‍💻 safe. Here is what you can do to flag megallix:

Unflagging megallix will restore default visibility to their posts.