I was gonna start a series of posts about Smalltalk, IoT, Edge Computing, Raspberry Pi, etc. But before that, I would like to answer a question that I am asked each time I present something related with these topics. *Why is Smalltalk a good fit for IoT and edge computing? Does it have unique features over other languages? How would IoT benefit from Smalltalk? *

In this post, I try to write my personal opinion about it.

In the first stages of IoT, most of the devices were very hardware-limited and would act more like a PLC or similar. There wasn’t a “real” Operating System running on the device. Instead, you would be given a language to code something for that target, compile and run it. Running Linux or Smalltalk was not a possibility back then in, what was, a very small and cheap device.

Back then, most of the “code” was just retrieving sensor data and then performing an action: open the garage door when I do X, start air conditioner if temperature is higher than Y, video record my backyard, or making my drink is always at the correct temperature. Many of those initial projects were just for fun, learning, teaching, playing, etc. 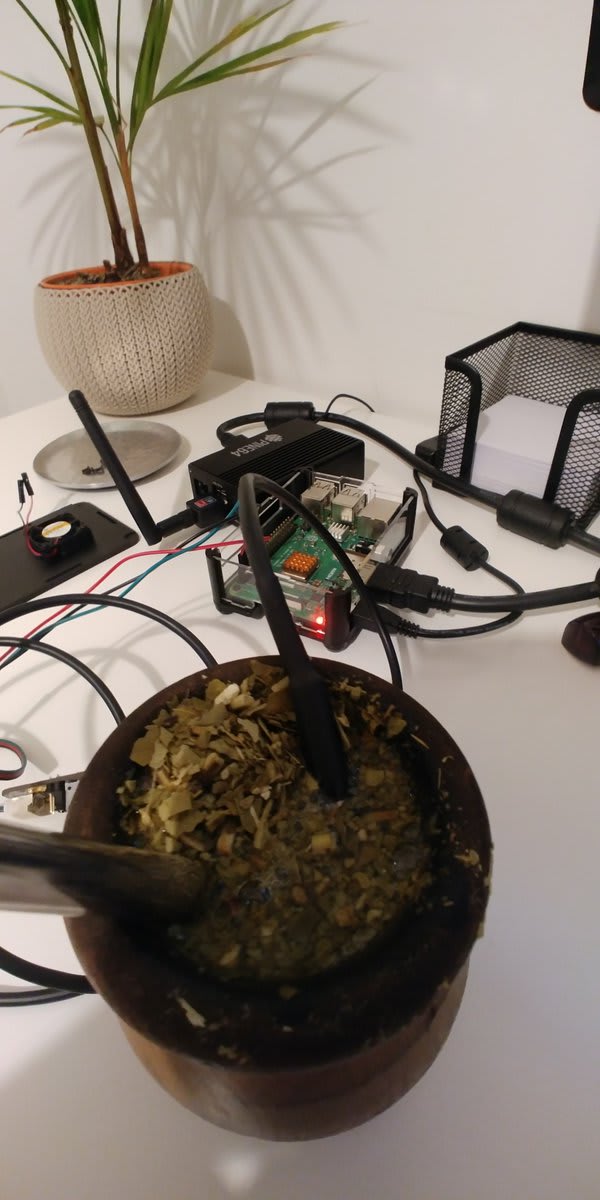 Making sure that "el #mate" (not just the water) is always at perfect temperature. Thanks to a #RaspberryPi , #VASmalltalk and libpigpiod

But things have changed in the recent years with the explosion of IoT, AI, ARM processors, Raspberry, and other pieces of the whole picture. One the biggest game changers I can think of, is the ability to run Linux. I think that was a before/after situation. Hardware getting better, cheaper and smaller at the same time.

Today, you can have a machine of 4 cores (> 1GH each core), 4 GB RAM, eMMC/microSD, HDMI, USB 3.0 and GPU that fits in your hand and costs less than 50USD. These machines (Raspberry Pi 3+, Pine64, BananaPi, ODROID-N2, and others) are so good that there are are even clusters specially made from them. See PicoCluster and MiniNodes just as an example. Or my own 2-nodes cluster :)

Anyway, the point is that, given the current hardware and software status, the original “code” that was just getting sensor data and pass it to a server started to become more and more complex. Some “computation” has been moving from the server into the “edge device”. Just just like server side rendering is moving to fat JS clients :) So suddenly, you can now be running really complex business logic in a small device.

Not only is the “code” becoming real domain apps, but these small devices are also starting to be used in industry. One easy reason is to save costs. See this Sony example.

And there’s where I believe Smalltalk is a good fit.

And that's exactly why #Smalltalk can fit there. More and more, business logic is being run on the small device. Not just sensoring data anymore. Together with unique debugging capabilities, transparent object persistency and many other features makes it a great environment twitter.com/BenedicteRios/…
Bénédicte Rios @BenedicteRios
RT @TCRblogspot: RT @SumitraMondal12: Edge computing allows data produced by internet of things (IoT) devices to be processed closer to where it is created instead of sending it across long routes to data centers or clouds. Link >> … https://t.co/rBfmafQ3bI

Why Smalltalk could be a good fit for IoT? 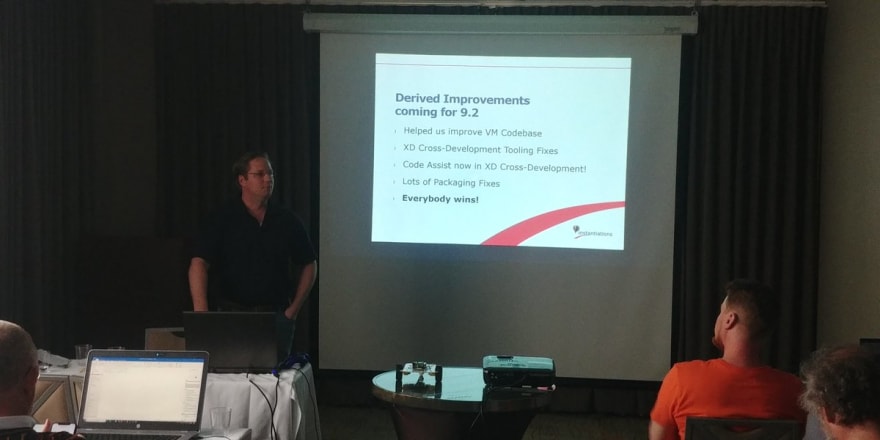 If remote debugging, minimal bootstrapped @VASmalltalk images, #GPIO wrapper, @Docker deployment ability, etc. wasn't enough for you, what about having transparent, scalable, object-oriented persistence with #GemStone? And yeah, I will likely show this at @CampSmalltalkNA twitter.com/GemTalkSystems…
GemTalk Systems @GemTalkSystems
The first ever login to #GemStone from @VASmalltalk running on #RaspberryPi is in the can, thanks to @martinezpeck and @instantiations . See it up close and personal at @CampSmalltalkNA in #Charlotte https://t.co/HXS6U7DARJ

Am I saying that Smalltalk is the best system for IoT? No. It obviously has drawbacks. Exactly the same thing for Python. There is no silver bullet. But what I want to say is that I think Smalltalk has enough unique features to be, at the very least, considered as a serious alternative when doing IoT.

There have been a few new areas over the last 40 years like web and mobile apps. Now we have IoT. Is this the computer revolution our Smalltalk father Alan Kay has been anticipating? I don’t know. But to me, it looks revolutionary enough to be prepared.