This is the fourth installment in [Android app with Hasura backend - #4] series. In the previous articles we saw how to setup a GraphQL server and download the schema and composing queries. Few of the gradle setup from previous article needed here, so refer it beforehand.

A common API call is transmitting data between client and server using a data exchange format (xml/json) both agree on. While the client and server coded independently (mostly in different language), when it comes to transmission, they use a generic format like JSON. 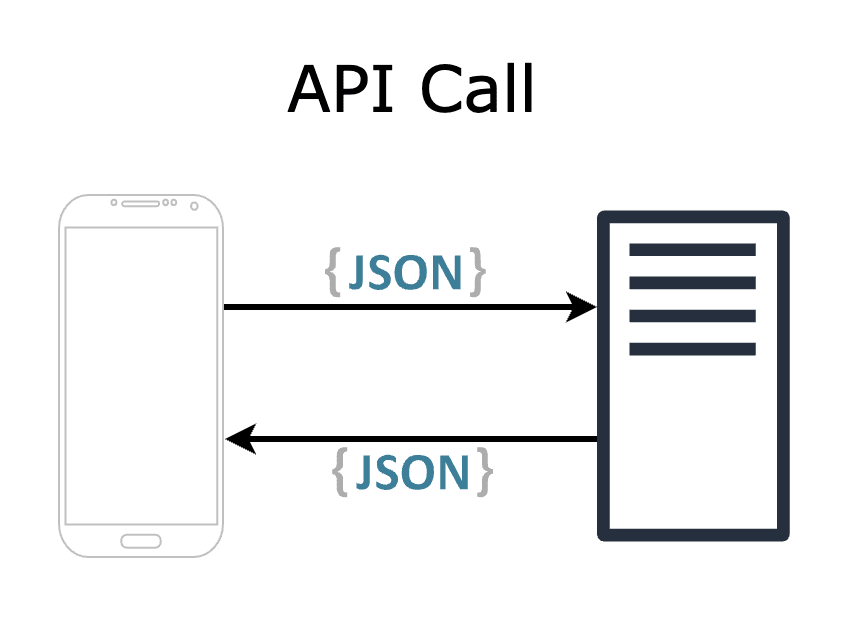 To understand JSON at the client end we parse the data to our model. However, a code like var title = json.getString("title") is not something anyone want to write. To avoid the boilerplate of writing a parser, we go with Serializer/Deserializers. Moshi, GSON, Kotlin-Serializer are few serializers used in Android ecosystem.

The above approach poses few issues

To address all these issues, GraphQL produced a solid contract-based API call model. Here, the schema file defines the input/output and available operations. Under the hood, the transmission happens in JSON (though it is not mandated by graphQL specs).

In the app/build.gradle add these lines to enable code generation.

And create a queries.graphql file under /app/src/main/graphql/com/ex2/hasura/gql/ (If you've missed the last article). Write some query as below.

That's it!! Apollo graphQL will take care of code generation. Rest of the article, I explained the mechanics and peek through the classes generated for mutation. It will give better understanding on how the query converted to a working data class. Let's go over.

Apollo plugin reads the schema.json + *.graphql files and generate classes on-demand for input and output. That means, even though we have hundred different response types defined in schema, Apollo generates only the ones needed in *.graphql files. 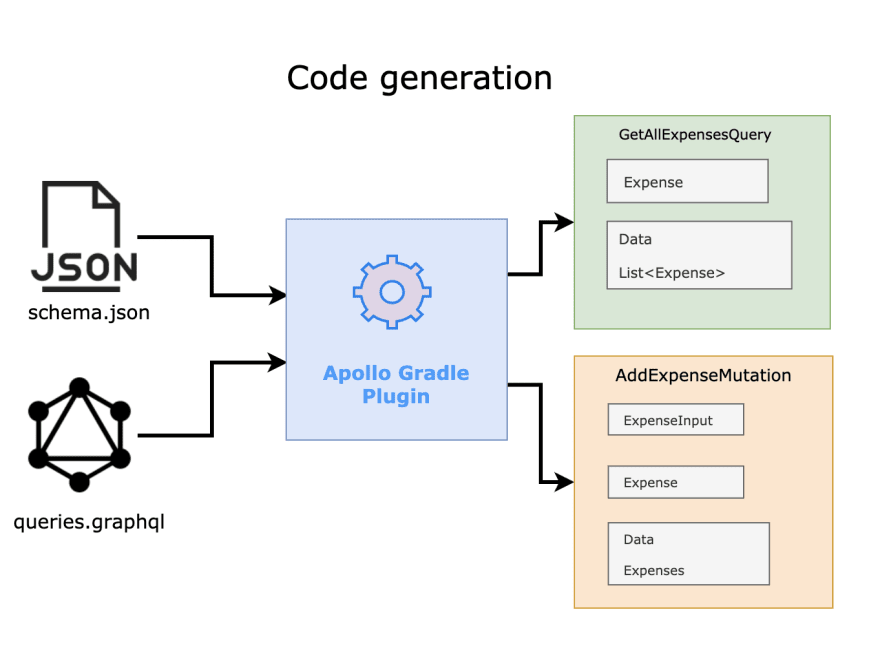 In the above diagram, the queries.graphql file contains one query and a mutation, named GetAllExpenses & AddExpense respectively. For the AddExpense mutation, the input type is already defined in schema, which is ExpenseInput. Reading through the schema and query file, gradle plugin will generate the necessary classes and parser for both use-cases.

For the above mutation, plugin will generate classes like this. These classes are generated at compile time, so there is no reflection involved here.

But the timestamp is referred as Any?!

Yes... but it is marked as custom type. With bit of setup, we can have the correct type updated in model classes.

It is not simple to define the data type in schema file and expect it to point java LocalDateTime class — other clients will break, or server send date time in a specific format. So, it requires us to provide our own date/time parser to work with it.

To keep the article short, I'm not covering it here. I'll update it after the next article where we make API call.

Now we have operations defined & models generated for us. Only thing pending is to make an API call. I'll cover it in the next article. Remember, there is lot in GraphQL that I'm not covering here. Try different queries and see how the code-gen scales with it. Learn fragments — a reusable query approach. Let's meet in next article.

Getting Started With GraphQL and Apollo-Server

How to Add Bottom Navigation in Jetpack Compose?

Once suspended, mahendranv will not be able to comment or publish posts until their suspension is removed.

Once unsuspended, mahendranv will be able to comment and publish posts again.

Once unpublished, all posts by mahendranv will become hidden and only accessible to themselves.

If mahendranv is not suspended, they can still re-publish their posts from their dashboard.

Once unpublished, this post will become invisible to the public and only accessible to Mahendran.

Thanks for keeping DEV Community safe. Here is what you can do to flag mahendranv:

Unflagging mahendranv will restore default visibility to their posts.