Driven by the need for greater digital connection, the metaverse is the next way people will interact with technology.

Since the dawn of the internet, our lives have slowly adapted to become more digital. Daily interactions that were once only available in physical spaces–grocery shopping, collaborative work, and social interactions, can now be done online. Coined as a concept term in 1992 by sci-fi writer Neal Stephenson, the Metaverse is a 3D virtual space, one that is now becoming a reality.

What is the metaverse?

The metaverse is a broad term which describes a new way in which people interact with technology. The term metaverse is akin to the term internet. Google and Yahoo exist on the internet, but they aren’t the whole internet. Much like how Facebook, now Meta, is prioritizing building platforms to exist in the Metaverse.

One of the most common technologies within the metaverse is virtual reality–a digital world that exists even when users aren’t online. Within this system, there are hub areas and communities people can join and interact with.

It’s commonplace to see the metaverse accessed using virtual reality (VR) headsets, which allows users to fully immerse themselves within the digital world. Gaming companies have shown that headsets aren’t the only way to gain access into the metaverse, as phones, computers, and video game consoles allow users equal access.

How is the metaverse currently being used?

At its current state, the metaverse is primarily a theoretical topic for what may be to come in the future. Gaming companies are pioneering the framework for what the metaverse could look like. Epic Games and Roblox being two of the leaders on this front.

Epic Games, the parent company to the popular game Fortnite, has been very vocal about their mission to pioneer a new way of accessing the internet. Fortnite is a multiplayer game in which users can navigate, experience, and build different worlds through their platform.

Since its creation in 2017, Fortnite has gone from a combat focused game to something much more expansive and interactive. The platform has shown their commitment to building up its community by hosting in-game events. Travis Scott and Ariana Grande both hosted virtual concerts in Fortnite, the former attended by 12 million people.

Alongside attending concerts, virtual merchandise or “skins” are sold to customize one’s avatar. Skins can be purchased using V-bucks, Fortnite’s equivalent to money, which can be earned in-game or purchased using real money. Fortnite has partnered with a wide variety of brands from Nike and Air Jordan, to luxury houses such as Montcler and Balenciaga, to create exclusive merchandise for players. 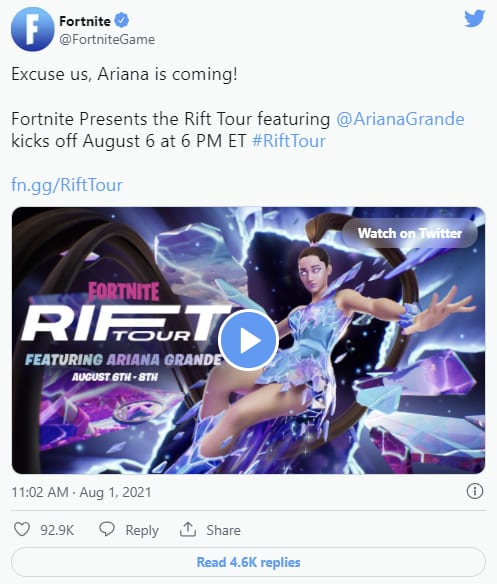 Fortnite has demonstrated the interest younger generations have in a more interactive internet experience. The popularity of their concerts, community events, and exclusive skins have shown the potential for what the Metaverse could become.

To display their commitment to the metaverse, Facebook rebranded to Meta in 2020. Meta has shown their belief in the potential of the metaverse by hiring top tier talent to work on the project, acquiring virtual reality companies, and spending billions of dollars on its newest venture.

How is AI used in the metaverse?

At its current stage and as it continues to grow, AI is an essential tool to building and maintaining features in the metaverse.

Similar to Fortnite, the game Roblox has built a growing community who can interact with one another in a virtual world. Roblox has built its base with players of all ages, many of them being children. Roblox uses machine learning to moderate game-play and ensure that players aren’t breaching community guidelines. While Roblox also uses a team of 4,000 people to help moderate the game, their AI is able to catch issues before they occur.

Roblox has also used AI to guide some of their non-player characters (NPCs) to make for a more realistic game experience. In their SEC document, Roblox has cited their commitment to using AI detailing future use cases as “complex decision-making as it integrates hardware, accelerated machine learning and artificial intelligence for a broad range of compute tasks, including control of non-player characters, improved personalization, synthetic content generation, and automation of the player experience.”

If not developing new worlds and spaces itself, AI will undoubtedly be used as a creative partner for generating virtual worlds within the metaverse. Promethean AI is a tool in which artists can use AI and voice activation to build virtual worlds–handling the mundane and non-creative process, so artists can focus on their creative work. As the metaverse continues to grow in popularity and development, tools that make world building easier and more accessible will be a large contributor for building virtual spaces.

Concerns about the metaverse

Companies on the forefront of metaverse development are pushing the narrative of a utopian oasis where people from all over the world can interact in incredible virtual spaces. Critics have a much more pessimistic view of what the metaverse could become. 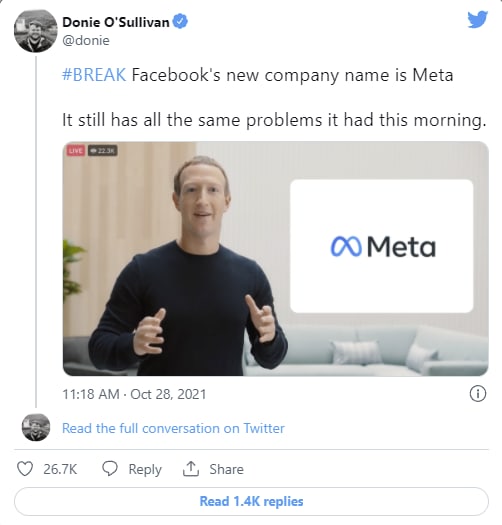 Tech companies which have ruled the 2000s have proven not to be the most ethical holders to users’ data privacy. As more of our lives turn to the internet, critics have wondered what a world where we are fully immersed in a digital space would look like. With the end goal to move part of our work and social life into the metaverse, working and social interactions would have the potential to be monitored and tracked if not for proper regulations on the technology.

One concern voiced by Tristan Harris, president and co-founder of the Center for Humane Technology, is the potential for the metaverse to increase the risk of poor mental health. A study published in the Canadian Medical Association Journal found a correlation between the rise of mobile social media and rates of suicide, depression, and self-harm amongst teens. While social media existed before the smartphone, mobile social media allowed people to become immersed in the technology throughout the entire day. In a conversation on The Megyn Kelly Show, Harris said “If you haven’t been able to stick the landing on how our existing products could be good for people, good for democracy, good for society. And instead of fixing the problems we actually have, we’re just jumping to this next thing.”

Harris, critics, and even employees of Meta have voiced their concerns about a technology that is all encompassing and 24/7. With the potential to exacerbate data privacy, poor mental health, and other issues technology has caused, it’s imperative that laws and regulation keep up with the pace that the technology is growing at. 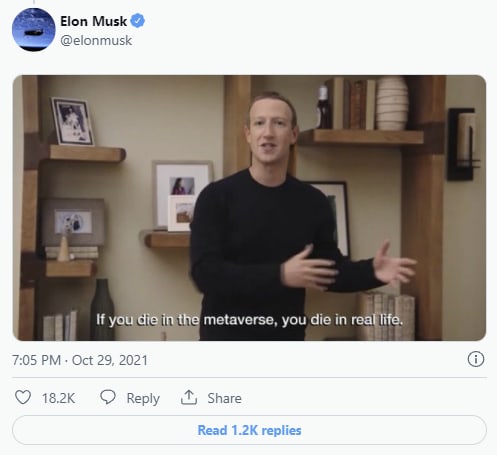 Future of the metaverse 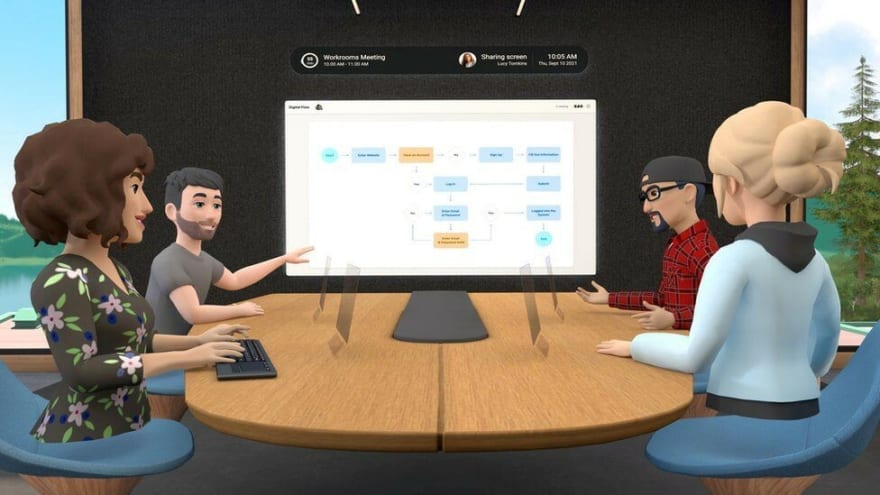 What industry leaders hope the metaverse will become is an alternate space that can replicate human interaction. The demand for this kind of technology has only risen during the Covid-19 pandemic focusing workers to adapt to working from home. Future use cases in the metaverse could be a more productive and collaborative way to execute group work that replicates an office space.

Other virtual and social events also have the potential to take place within the metaverse. Shown by the popularity of the Travis Scott and Ariana Grande concerts within Fortnite, digital events could be a popular way to enjoy entertainment in the future. On a smaller scale, social gatherings with a group of friends could also be done in the metaverse. These could take place by walking around virtual cities or going shopping for virtual goods.

The metaverse could also prove to be the next big market for e-commerce–where goods sold only exist in virtual reality. Along with video game purchases, the demand for these kinds of goods have already been shown with the popularity of NFTs. Whether it be the abstract Bored Ape Yacht Club NFT’s selling for millions of dollars or MetaBirkins fetching prices which surpass their Hermes counterparts, digital blockchain purchases have proven to be a profitable investment for the future. 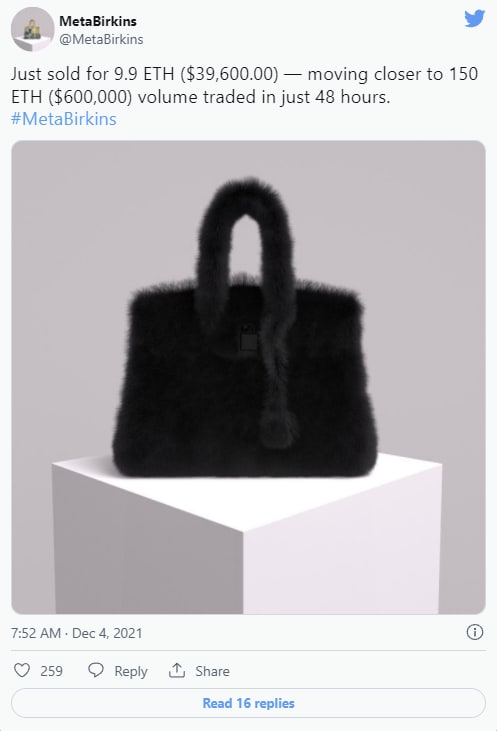 Not only can the metaverse be a place to display an NFT collection, but can also be a place to expand on the idea of unique digital tokens. While still considered a risky investment, owning digital property in the metaverse has shown to be a promising future. Owning property in the metaverse works by a few companies creating virtual worlds. These worlds are spread out onto maps which allow people to buy segments of land. Companies who operate these worlds keep a scarce amount of land available for purchase to real-world supply and demand for property. Like NFTs and cryptocurrency, these purchases and digital land data are tracked using blockchain technology.

The reality of the metaverse will likely meet in the middle of valid concerns about the dangers and industry leaders’ utopian view of its future. As companies like Meta and Microsoft invest billions of dollars into metaverse related technology and projects, it’s likely that the metaverse will be a very hot topic in years to come. Adoption of the technology won’t happen overnight and use cases will grow as the technology does.

My own chatbot by fine-tuning GPT-2

How to Build a Text Transfer AI App