This post is a sequel to my first Gatling post. I know what you're thinking, isn't the sequel always lame? Well yes, that is usually true. Here's hoping I can reverse that trend! With this post we'll get a little deeper into the nitty gritty of Gatling.

My previous post started with a general overview of performance testing, and then dove into using the Gatling Recorder to build a Gatling script. In those examples we used the Gatling bundle, but there is another way.

The Gatling bundle is a standalone tool, and is not really the tool you'll use in when leveraging Gatling in an enterprise environment. Gatling can also be used with a build tool such as Maven, sbt, or Gradle. Let's bootstrap a new Maven project by using the Maven archetype.

Bootstrapping a new project for Gatling

You can use your IDE to create a new project using an archetype, but let's just do it from the command line:

You'll be prompted to enter a groupId, artifactId, version, and package. Once you confirm your selections, a new project will be created. After that you may also need to setup your Scala SDK.

And you may also need to mark your src/test folder as Test Sources Root.

Take a look at your pom.xml file. There you will see the dependencies for Gatling. 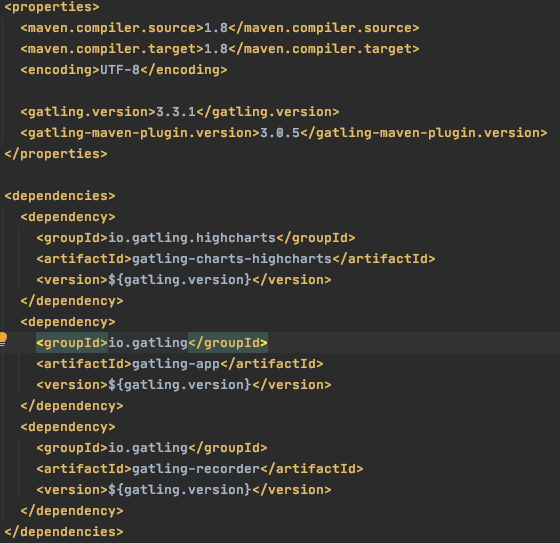 In my first post I opened the recorder from the bin folder of the Gatling bundle. With the Maven project you can open it by running src/test/resources/Recorder.scala. After a few seconds you should see the recorder utility, which can be used to record scripts. Once opened, the Recorder functionality is the same as I described previously. The Recorder utility should look like this: 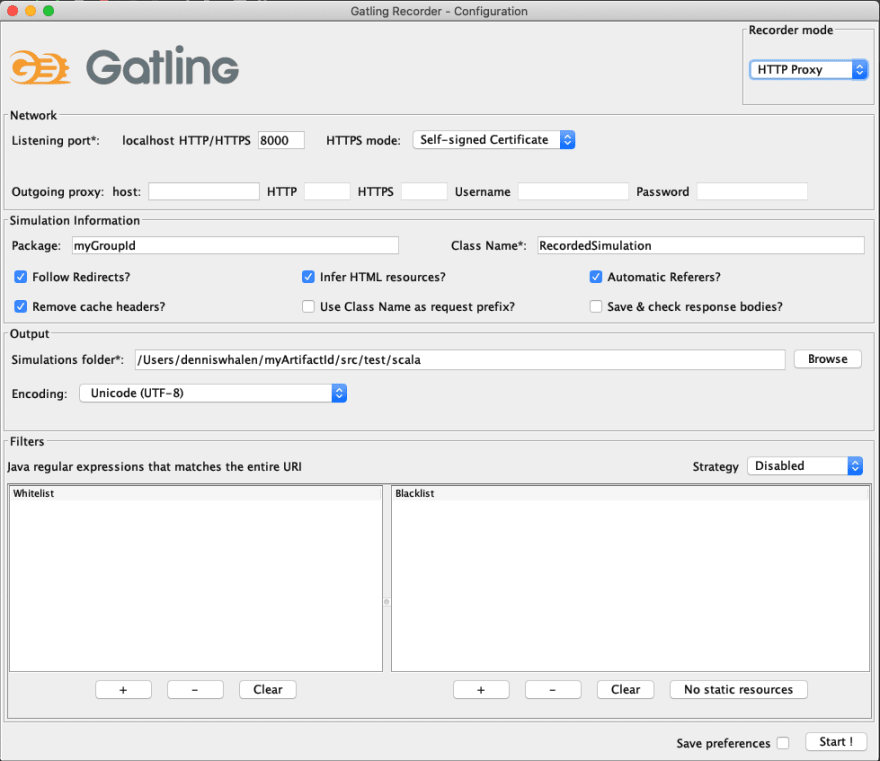 I just showed you how to run the Recorder from the Maven project. So now it's time to use the Recorder right? Sorry no, plot twist!

The Recorder can be used to generate a script that will run, but of course it's important to understand what that generated code is doing. IMHO the Recorder alone is not sufficient to get you far with Gatling. Instead of using the Recorder, let's create a script from scratch! (See the previous post for a demo of the Recorder.)

Writing your first script from scratch

And there we have it. The final product should look like this: 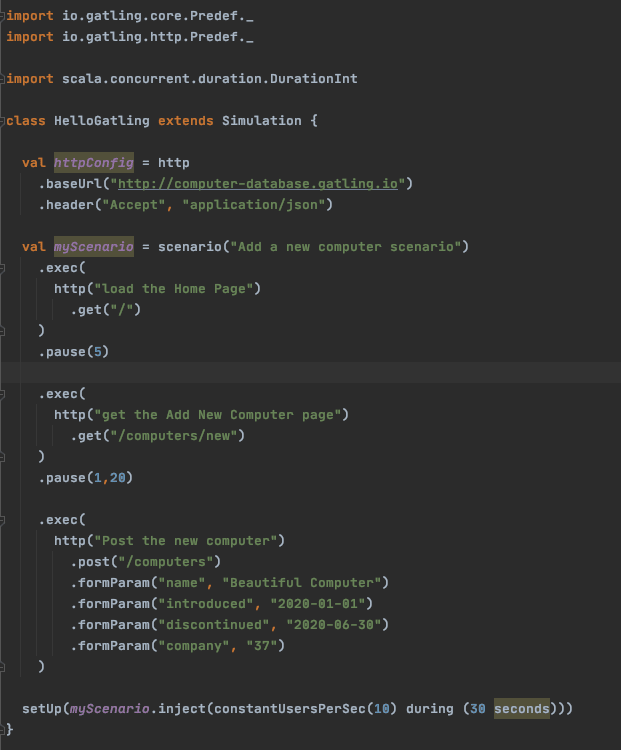 We have a couple of ways to run the script. The easiest way is likely from the command line with Maven:

Another option is to run src/test/resources/Engine.scala. This is the same utility we used in the first post when we ran Gatling from the bin folder.

Regardless of the method you choose, your newly created script should run and the results should look something like this: 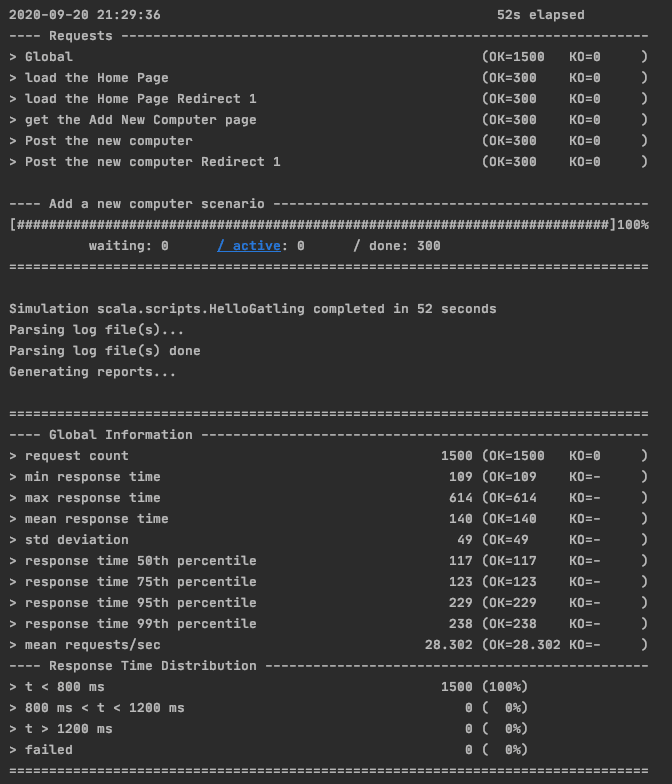 So there is your first script from scratch. It's not a whole lot different from the recorded script but hopefully you have a better understanding of how to create a new Gatling project with Maven, and some clarity on the inner workings of a script.