How to declare macros with arguments

The command is the following

You already know what is \name, but if you have forgotten it, you can check it here

args, this is the number of arguments in the command, in other words, the blanks to be filled

The arguments have an order

Let's see some examples to clarify the information 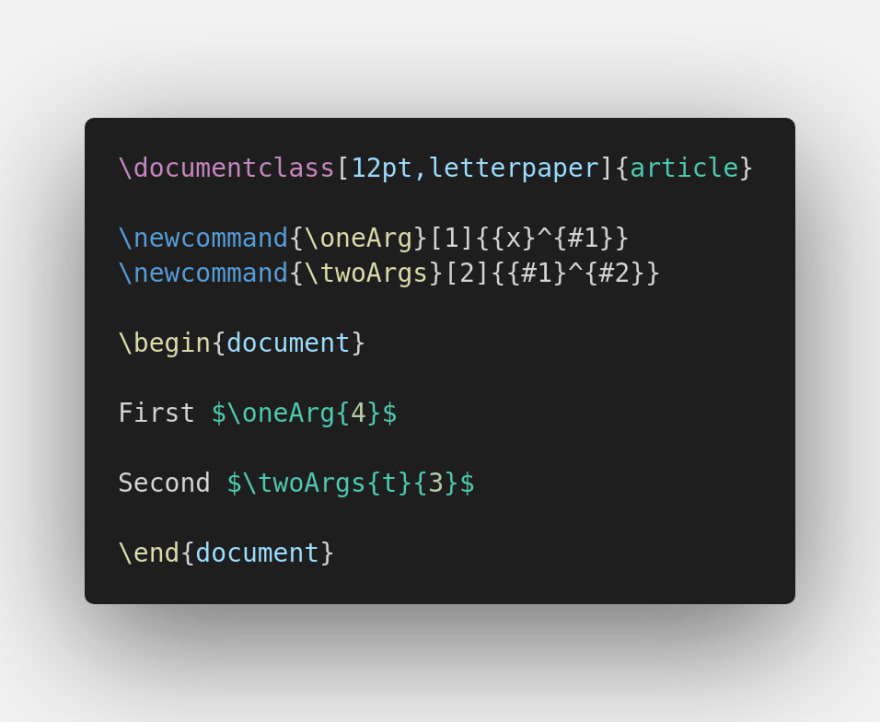 The command \oneArg has one argument (Which is declared in the square brackets) and this argument is going to be the exponent of x. Can you notice, there is a # this indicates Here is going to be my argument

But wait, do you remember that the arguments have an order while declaring them, let's check it 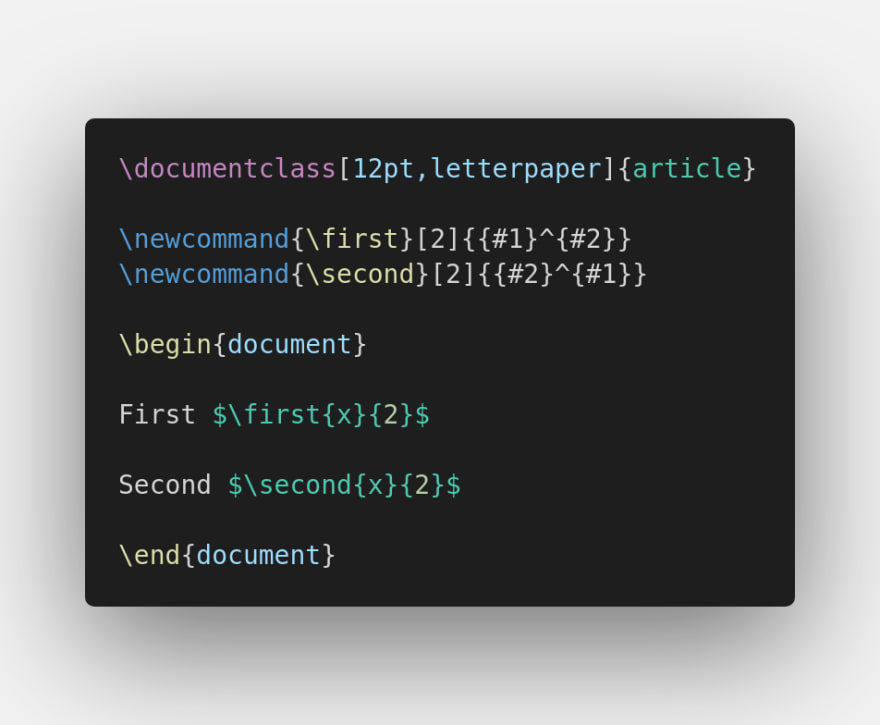 Here we have two new commands \first and \second they have two arguments, but there are a subtle difference, did you notice it? Yes The position of the arguments Let's see what is the output

Now you have grasped what have an order means

Bash Script to Send a Message in Telegram from your Terminal!

Once suspended, latexteada will not be able to comment or publish posts until their suspension is removed.

Once unsuspended, latexteada will be able to comment and publish posts again.

Once unpublished, all posts by latexteada will become hidden and only accessible to themselves.

If latexteada is not suspended, they can still re-publish their posts from their dashboard.

Once unpublished, this post will become invisible to the public and only accessible to latexteada.

Thanks for keeping DEV Community 👩‍💻👨‍💻 safe. Here is what you can do to flag latexteada:

Unflagging latexteada will restore default visibility to their posts.