In Python, although we can run some CPU-blocking tasks in a separate process, there could be question on how to integrate with other async IO tasks.

As I am working with my company about AI products, we usually wrap our microservices using async IO web framework (e.g. Sanic), to control the execution of AI model training / inferencing. 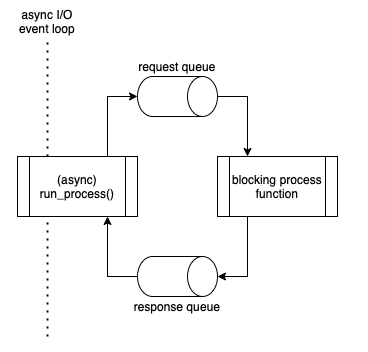 (In the coding example, the names of the queues become send_queue and receive_queue, relative to the usage of the each function itself.)