In case you missed it, last week I wrote a post about a recent side project I worked on and submitted to the DOHackathon: 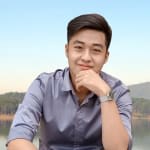 I tweeted to share it, tagging the original creator of 98.css, who was the initiator. Apparently, he would notice but surprisingly, he seemed to be amused by how I did it and asked me to blog about it. 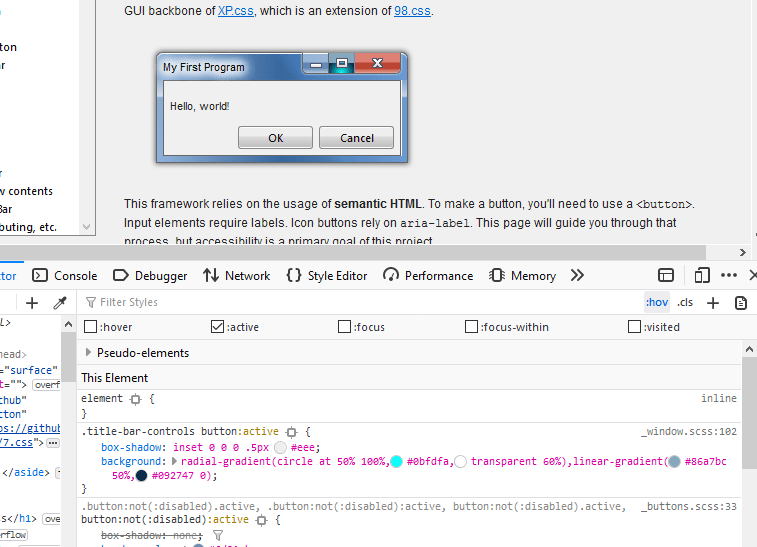 @_khangnd @adamhamdev for real how did you pull this off??? so impressed. blog about it pls

So here I am today, blogging about how I did it, and what I learned from following in his footsteps, and the awesome creator of XP.css as well. Hope this is useful to you in some ways.

I first coincidentally came across the XP.css repository of Adam as I was exploring Github. And I was totally absorbed by the uniqueness and creativity of the idea, to recreate the UI system of Windows XP on the web. Then I also got to know about 98.css which was the repo where the idea originated. And as a fellow loyal fan of Windows, I started a similar project of my own for Windows 7, from a clone of XP.css.

The way I did

After cloning XP.css to my machine, I gave my repo a new name. Some ideas were W7.css or Win7.css, but I finally decided that it should be a name as simple as its predecessors, so I went with 7.css.

From the 98.css design system that was all wrapped up in just one CSS file, Adam scaled up XP.css to an SCSS skeleton and named it the GUI framework. It was extremely easy to work with as each SCSS file acted as a UI component where I can quickly find which file I need to modify for a certain component. So, I started "upgrading" the styles from Windows XP to Windows 7. 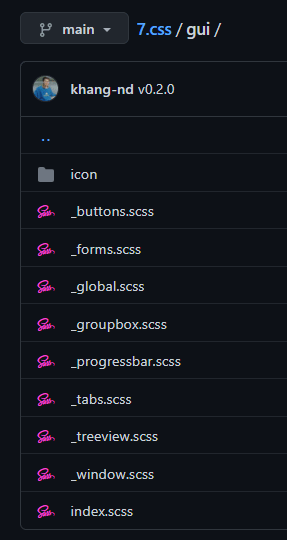 The components were all basically the same as those in the formers, only one new component that I added was the Progress Bar. However, the adaptation to Windows 7 style was quite challenging and required a lot of attention to details to make it somewhat resemble the actual UI. The key factors to recreate the design of Windows 7 (which I think was known as Skeuomorphism, a popular design trend at the time) were gradient background and box-shadow. For instance, a Windows 7 button would look like this:

Notice how the gradient cut at about halfway, from a light gray to a darker gray, and a slim white border around the edges of the button. So to recreate this, the key CSS properties used were:

For a radio button, it was quite trickier as the design was like this:

As a common method, to override the browser's default styling of radio buttons, one has to hide the actual input and have the label handle all the tough work. So in my case, I also had to use a label, with a ::before pseudo-element to create the outer circle, and an ::after to create the inner mark. Notice how there was a gray inset shadow in the outer circle, and some glowing in the upper left side of the blue inner mark. So the CSS rules and key properties used were:

The looks of a progress bar seemed a little bit similar to a button's due to some cutting gradient, so I thought at first, it would be easy to recreate:

But hell no, it was absolutely not. Look at the CSS I had to set up and you will see:

Told you... So what I did was, set up two divs, one for the outer container, the other for the inner bar (I know some might think of using the ::before pseudo-element for the inner bar, but you cannot dynamically progress it this way). Notice how both divs had the same gradient, from a lighter shade to a darker shade, only the colors are different. So to apply this flexibility, I added a background-image as the mask (with a lot of transparency) on them for the gradient, and add the respective background-colors underneath.

And how this would be a CSS recreation of the Windows 7 design if it missed the Window components? So let's take a look:

This was probably the most challenging part of all, I would not address all the things I did to put together a complete Window but just some major points that you might find interesting. If curious, please feel free to take a look at the code directly in the repo.

In principle, it was still mostly all about gradient background and box-shadow, but more advanced, as I had to use different angles of the gradient for the glassy effect of the frame. A raw look without content would then look like this: 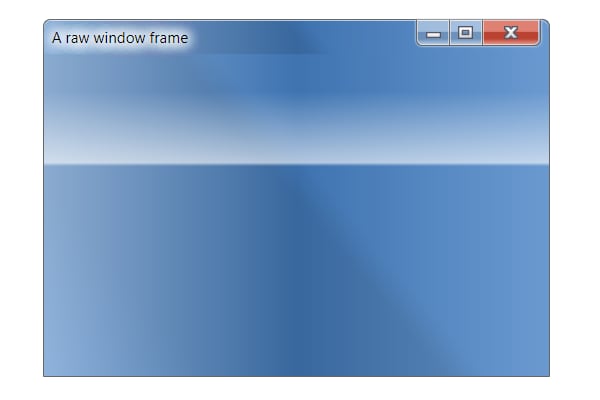 For the title bar's controls, the key factor was again, you've guessed it, the gradient background, but this time, with a combination with the radial-gradient to create the glowing effect at the bottom of the controls when they are hovered or active.

And that is some insight I could give you in the context of this article. Drop a comment if there are certain things you want to know more in detail.

The things I learned

As the first open-sourced package I have published, I got to learn quite a lot from this side project including but not limited to the following things:

That is all folks. Thank you for reading!

When a bug became a feature.

CSS in 3D: Learning to think in Cubes Instead of Boxes