DISCLAIMER: I am not the person with the issue, that will be from a person who I talked to after they made complaints in a Telegram group about their day. I do not have a complete picture, and only information from this person, so some things might be incomplete or incorrect

Below is proof I got permission to write this:

Today, I got word that a Windows 10 forced update installed itself on people's machines, might not be everyone but people will soon, or have already, deal with the update. I saw information that this update of Windows 10 might delete files. After hearing complaints from a Windows user in a Telegram group, I have a couple things to quote.

The person in question is named Dean, however, they recently complained about a Windows 10 update that started without prompt, the person saying "Windows just deleted my personal information. I've lost my Documents and my Pictures..." without prompt because this would be the cause of a bad day.

They sent a picture along with their complaints. 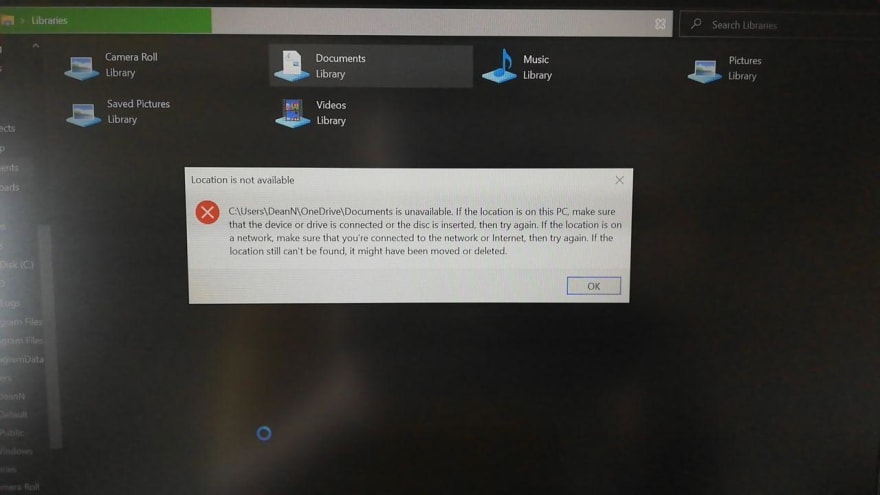 Dean has made it clear that he is furious as he lost pictures of his dog from his machine, even saying he will switch to Ubuntu after the update caused trouble.

His specifications for his hardware show no fault with Windows 10's hardware and even saying that everything else but his documents and photos is fine, but if his mom wasn't an "information hog", he would have lost memories that were close to him.

I wrote this article not as a reason to switch to Linux, but understand you should at least back up your data just in case this happens to you in the update! Keep online, in-house, and off-site backups of your data JUST IN CASE something like this happens, as it might not be an OS update that causes it!

Deploying a PowerShell module with Chocolatey

Setting Up and Configuring WSL

Once suspended, kailyons will not be able to comment or publish posts until their suspension is removed.

Once unsuspended, kailyons will be able to comment and publish posts again.

Once unpublished, all posts by kailyons will become hidden and only accessible to themselves.

If kailyons is not suspended, they can still re-publish their posts from their dashboard.

Once unpublished, this post will become invisible to the public and only accessible to Loralighte.