I have always been skeptical of Microsoft and their WSL system. I never thought it was good news that they were bringing a Linux system running as an application. I had some time to look into it, and read about it. I have many fears for the Linux community and its growth. While I understand Microsoft has a market, this is monopolistic.

We need to go back, to 1995. Netscape navigator is a year old and Microsoft released Windows 95. Microsoft prepared for Windows 98. During this time, Netscape had a market majority. Microsoft was about to introduce its new method of destroying competition. This is known as EEE or 3E.

"The Microsoft Corporation plans to ship to customers the long-delayed fourth version of its Internet Explorer browser software. The program is designed to give users almost seamless integration between the World Wide Web and the desktop display of the personal computer." - New York Times, September 1997

"...Ralph Nader met with the three top officials in the Justice Department's antitrust division in an effort to convince them that Microsoft's monopoly over personal computer operating system software is detrimental to the public." - New York Times, September 1997

Netscape and Microsoft were at war, the browser wars began, and Microsoft was trying to solidify its monopoly. If you want a better overlook of the story, I recommend The Microsoft Monopoly by The Science Elf on YouTube. The main take away from this is how Microsoft killed Netscape. The 3E method.

The 3E method is as follows:

This is easily applied to WSL and Linux. 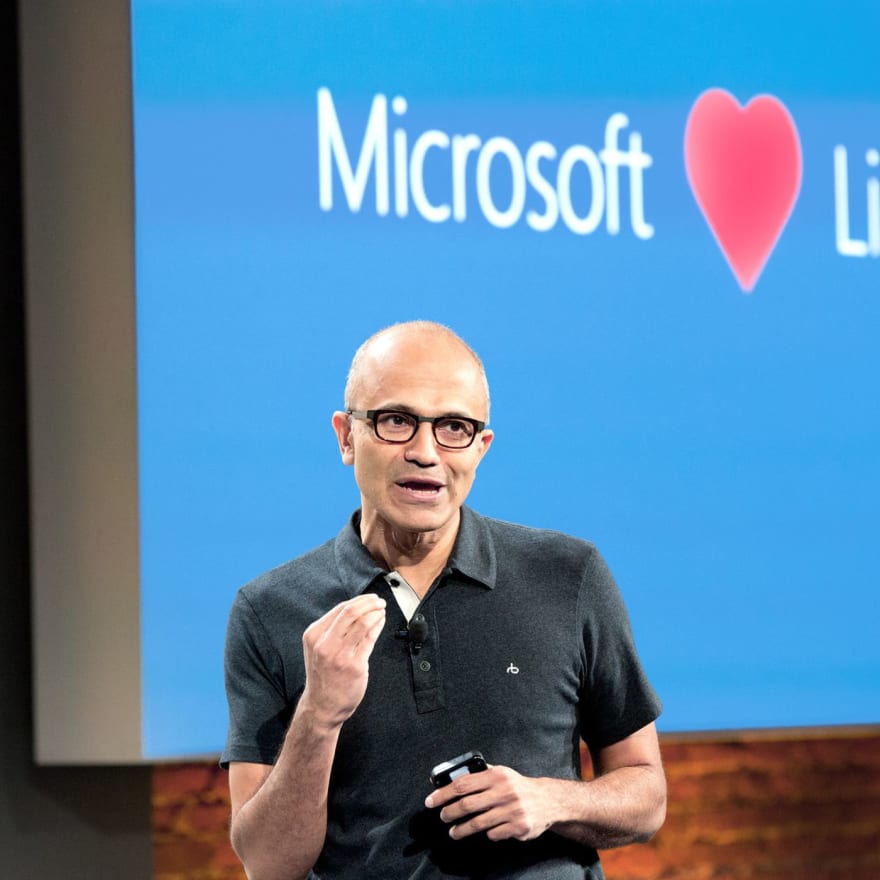 This announcement dates back to May 2015. Before Windows 10 was released. This has heavy implications, but not as much as in August 2016, when WSL first became a thing.

What is WSL? Windows Subsystem for Linux, also known as WSL is an application made by Microsoft with many major Linux partners. This being Canonical, OpenSUSE, and others I cannot name off the top of my head.

WSL embraces Linux with an application that runs a Linux system (NOT in a virtual machine) on an already installed Windows operating system. While for most this doesn't seem too bad, I wasn't fearful until recently, it does get worse.

DirectX is coming to the Windows Subsystem for Linux

DirectX is not officially supported on Linux. While supported through compatibility layers like Wine and Proton, the only place it is supported is WSL.

To explain why this is bad, let's come up with a hypothetical situation. Let's say some browsers wanted to display documents in the browser, as a feature. Microsoft wasn't excited and changed the documents encoding to make sure they would only show up in the IE browser. Now, of all options, only IE supports showing office documents. A lot like how WSL is the only Linux system supporting DirectX officially.

This wasn't a hypothetical situation. This is real. Best described in Wikipedia: In a memo to the Office product group in 1998, Bill Gates stated: "One thing we have got to change in our strategy — allowing Office documents to be rendered very well by other people's browsers is one of the most destructive things we could do to the company. We have to stop putting any effort into this and make sure that Office documents very well depends on PROPRIETARY IE capabilities. Anything else is suicide for our platform. This is a case where Office has to avoid doing something to destroy [sic] Windows."

You can watch about it here (opinionated video): Microsoft "Extends" with Proprietary DirectX 12 API Support, or read about it here (from Microsoft's wording): DirectX is coming to the Windows Subsystem for Linux

While not happening yet, it is already taking into effect. One Tweet I saw, when someone retweeted someone else switching to Linux, I saw this reply.

The harm from 3E against Linux through WSL is proving itself. Microsoft is attempting to kill Linux. This is what they want. Their history, their timing, their actions show they have embraced Linux, and they are extending Linux. Next they are going to try to extinguish Linux, at least for enthusiasts on the Desktop by nearly if not completely halting the growth of Linux.

Possible issues with the 3E reasoning

I admit, Microsoft actively trying to kill Linux is a weak argument. Especially right now. I wanted to express my fears but I understand there are holes that make the argument difficult. For instance, Edge is coming to/is on Linux. Same with VSCode, and them actually making open-source apps.

Will this work out? I hope not. However right now it is too early to tell the outcome. Don't blame anyone but Microsoft if WSL kills desktop Linux. Even Canonical, who actively develops for WSL as far as I can tell. Canonical either knows the consequences and wants to protect themselves before it's too late, or don't even know at all and thinks WSL is a good pushing point for Linux on the desktop (the answer is unknown). Microsoft has a monopolistic past and has done the 3E system multiple times.

Am I right? No. Am I wrong? Also no. I had fears, and of course to express them, I had to follow my bias. I know I didn't give the other side a voice, but if you want to express what is wrong with my reasoning or fears, kindly post them. I might not read them all, or reply to them all, but I want the other side to speak and give their side, and maybe with enough inspiration, I might counteract my own article.

Always do your own research and don't listen to only one person on the internet.

ASDF or how to manage multiple runtime versions.