Today I'm going to write about a very underrated technique that allows you to display ESLint errors more visually in Github! We are going to use a Github Action by Andrew Taylor which can inline-display the ESLint errors on pull requests.

Let's see how the Action is advertised: 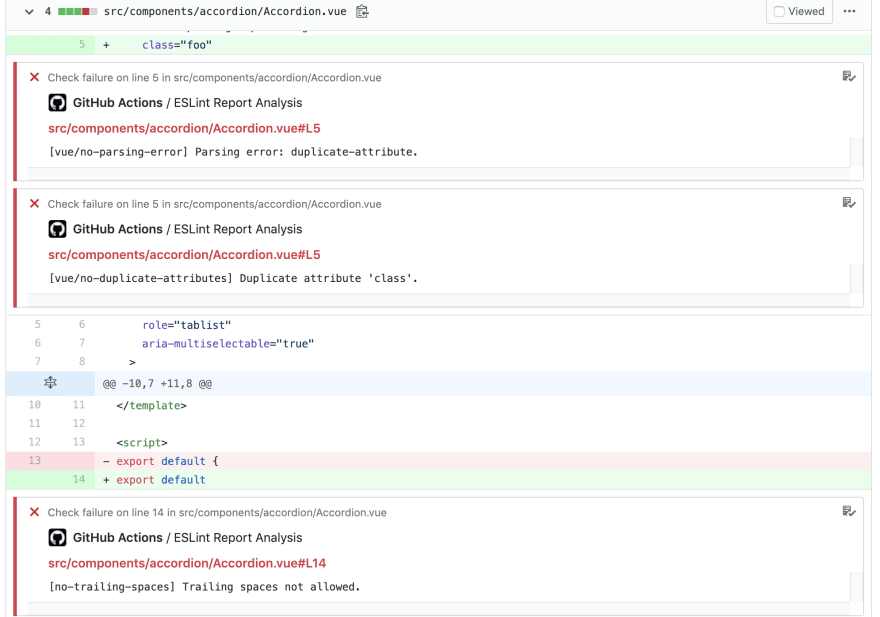 This feature is possible by leveraging Github Actions "Annotations", a for now pretty underutilized feature of Github Actions! However, Github is pushing this feature a lot, as they have recently changed the UI that appears when you click on an Action run. 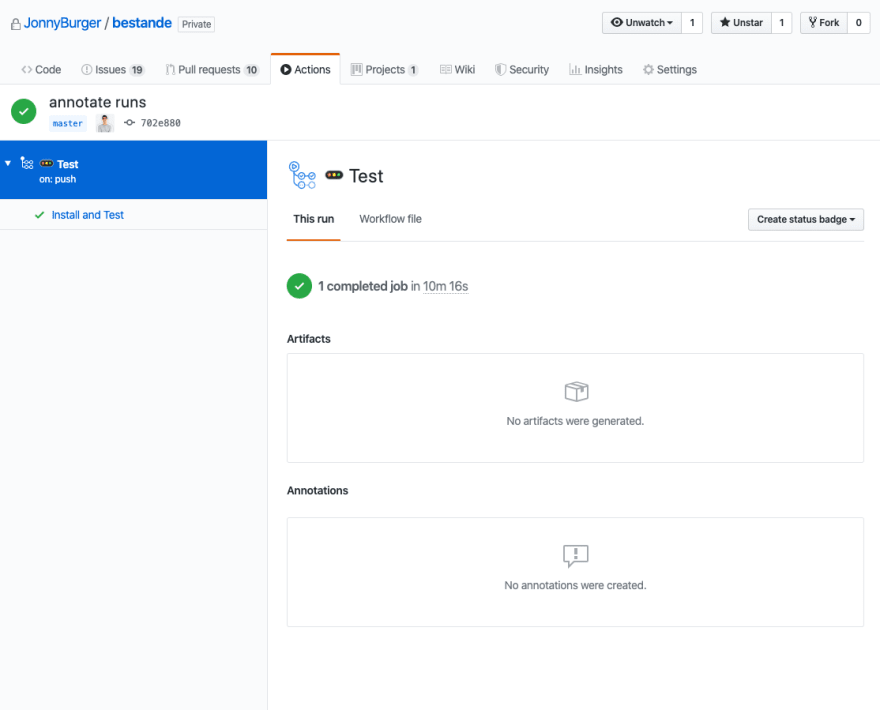 Instead of seeing the output of the workflow, I now see an empty page that says "No artifacts, no annotations". At first I was frustrated because I had to make one more click, but if you set up annotations correctly, this new UI is actually pretty nice!

So let's set up the Github Action.

In your ESLint command, you have to generate a JSON:

and then add this as the last step to your workflow.yml file:

That's it, now the ESLint errors will be annotations on your pull requests!

I have personally tweaked my configuration a bit more.

And this is how it looks in the end! 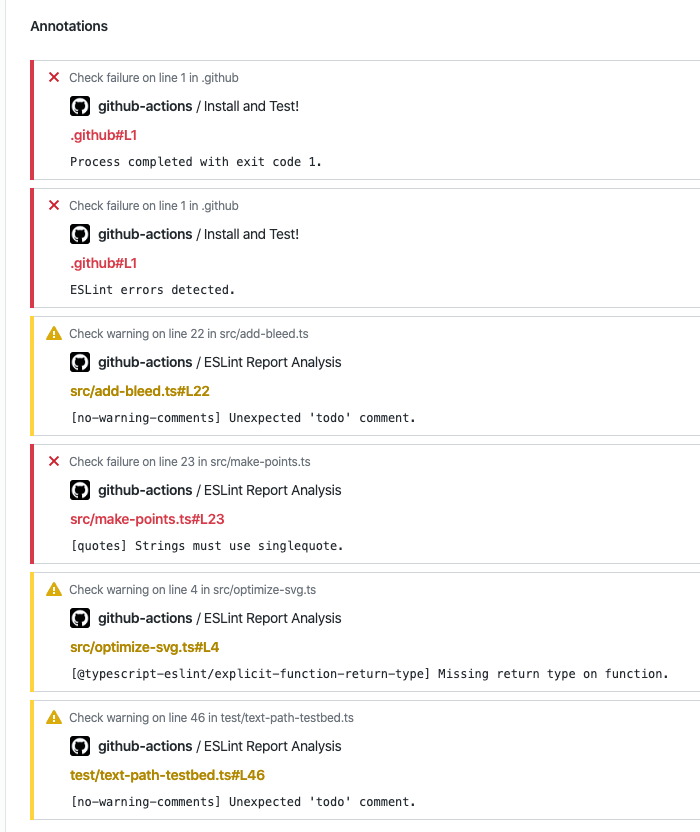 How to add an awesome README to your GitHub Profile

GitHub Secret: Add a README to your Profile

ESlint and Prettier for React apps (Bonus - Next.js and TypeScript)