Came across this error when I was doing labs for storage management in Linux. I was having issues on not being able to format the disks, so I finally decided,

So there I went. Entered the AWS console and then to the EBS menu, selected my volume and deleted it. After detaching the volume, it still showed "In-use" volume state. Refreshed the menu a couple of times and it still showed the same. If the detachment was successful, it should have instead show "Available".

Selected the volume, hit Actions, and chose Force detach volume.
Note that it will prompt you to confirm by typing in detach on the prompt. 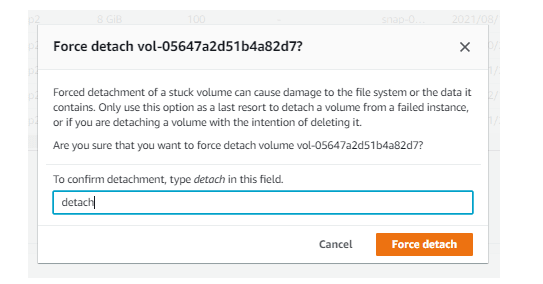 Afterwards, I deleted the volume so I can create a new one with the same device name.

Created a new EBS volume and gave it the same Name. Attached it to the same EC2 instance and reused the same device name /dev/sdc 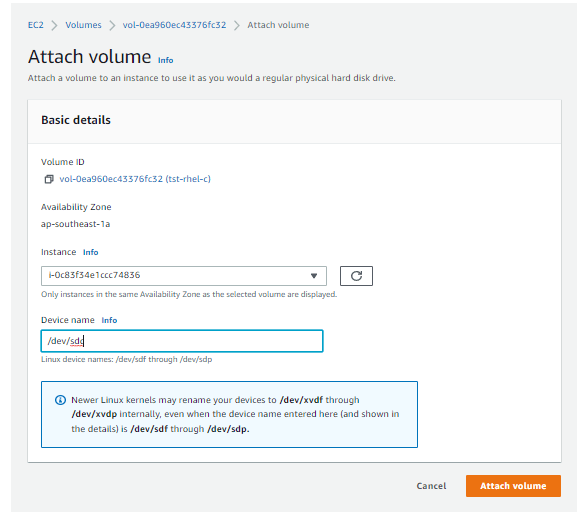 From the EBS volume menu, the new volume is immediately transitioned to "In-use" state.

However, it still showing as Attaching from the EC2 instance menu. Refreshed the menu a couple of times and it still shows the same. 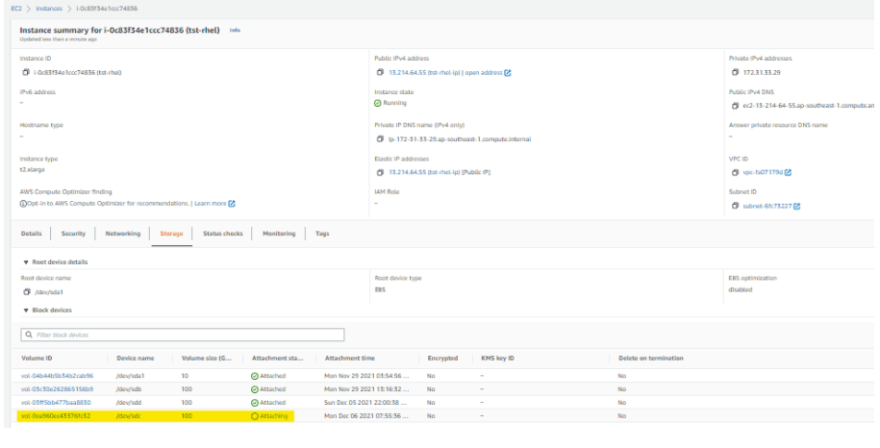 From the terminal, I also can't see the new /dev/xvdc.

Went online and immediately found this helpful article from AWS themselves. It carefully explained what may have caused the issue. Breezed through it and found the culprit:

So I went and rebooted the instance. After it went back, i checked again the Storage tab in the Instance Summary panel. But now it showed a new error at the bottom. It also still shows the specific volume stuck in "attaching" state

Going back to the AWS articles, it suggested to do a restart.

If these steps don’t resolve the issue, or if you must use the device name that isn't working, try the following procedures:

After re-reading the AWS article, I went back to the AWS Console to restart the instance. And what do you know. The new error is gone, the volume has also changed to "Attached" state. 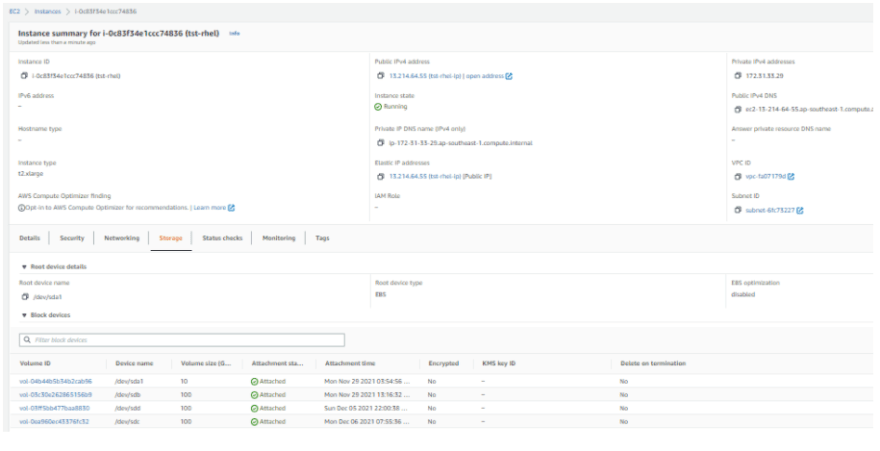 Also can see it from the terminal

AWS Glue: what is it and how does it work?

Eden Jose
A cloud enthusiast, an IT Professional, and a problem-solver. I am either learning something new, running a mile, or planning my next 100 days.
Setting my bash prompt for WSL
#devjournal #programming #linux #devops
Attaching multiple EBS volumes to the same EC2 instance
#aws #cloud #devops #devjournal
Iptables and locking myself out
#devjournal #devops #linux #aws