On 7th and 8th of September, a technology conference had place in Florianópolis - SC - Brazil. Even thought it was themed about Flask (a Python's micro framework), the talks were very diverse. In this post I'll describe some of what I've learned while attending it. 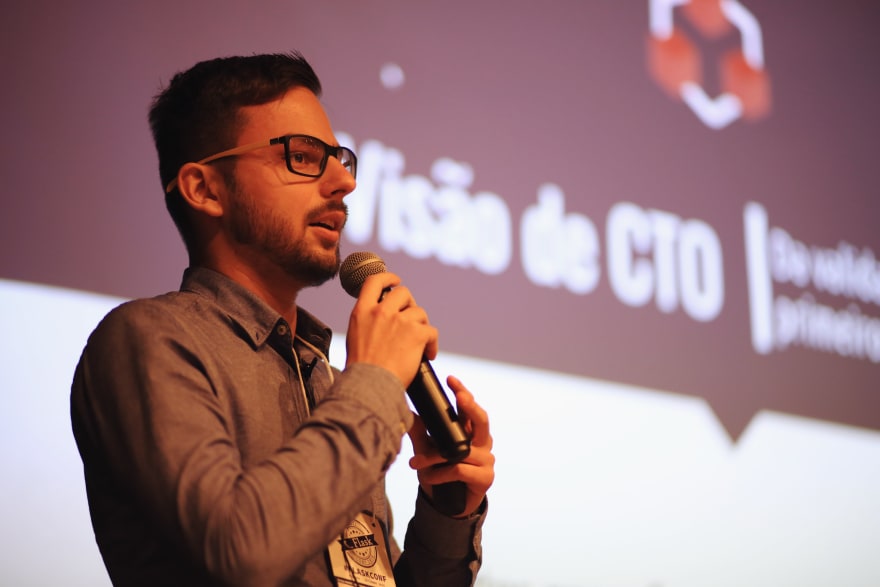 ● A CTO's Vision
By Lucas Vieira May

Lucas talked about an entrepreneur vision from a developer and showed the importance of a good MVP (Minimum Valuable Product), focusing in its core feature and continuous deploy. He also quoted Reid Hoffman (LinkedIn's co-founder): "If you're not embarrassed by the first version of your product, you've launched too late" 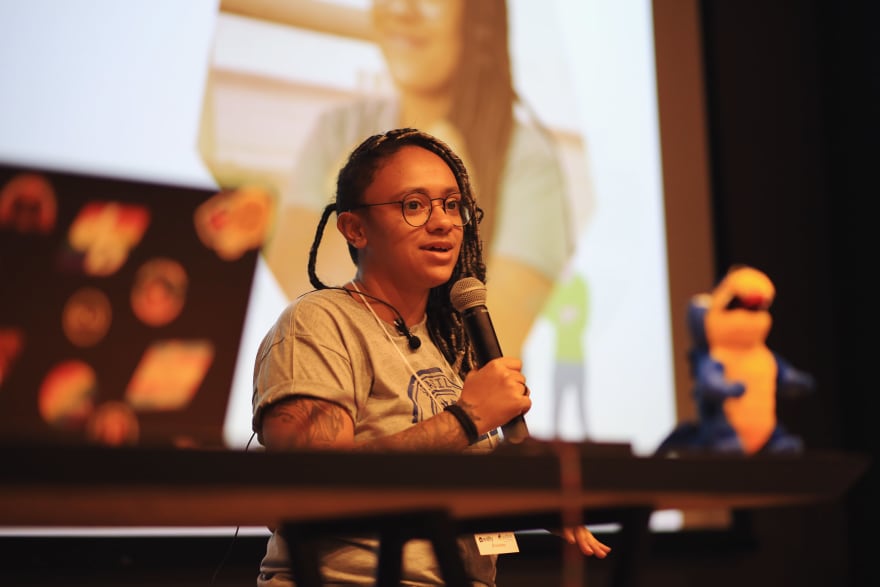 Nana showed some steps to deploy a Machine Learning application using Docker, Flask and Jupyter that predicts diabetes rate in a given country. 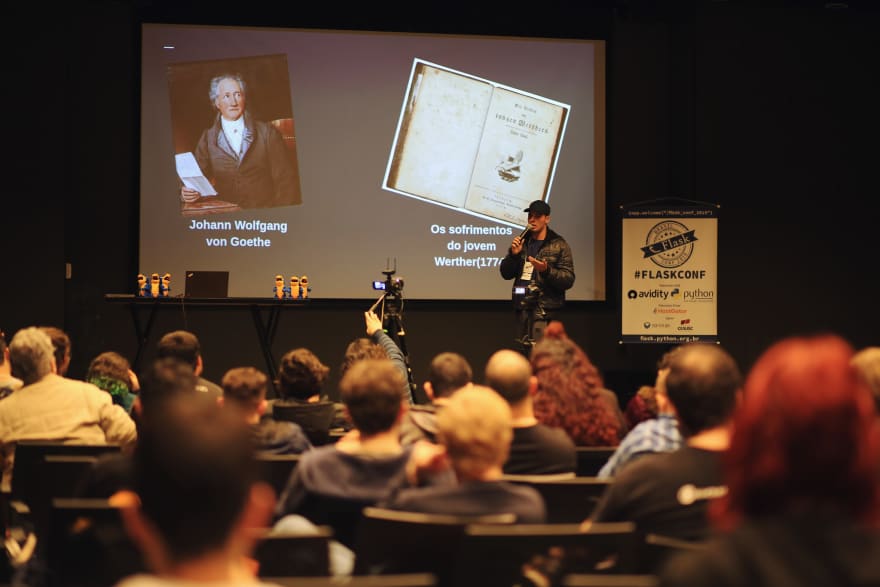 Marcelo talked about a public's health problem that's increasing and it's not being discussed: a person taking its own life. He explained the origin of such taboo (The Sorrows of Young Werther - 1774) and shared some suggested ways by the World Health Organization to deal with people in this situation. 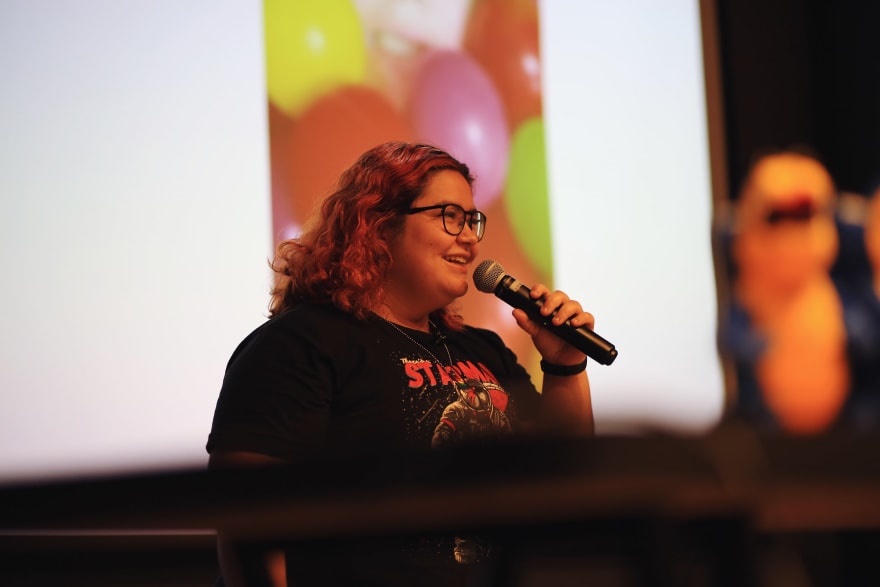 Bianca talked about how genius and privilege are connected, how women inspired her along her childhood and the importance of respect and diversity in any team. 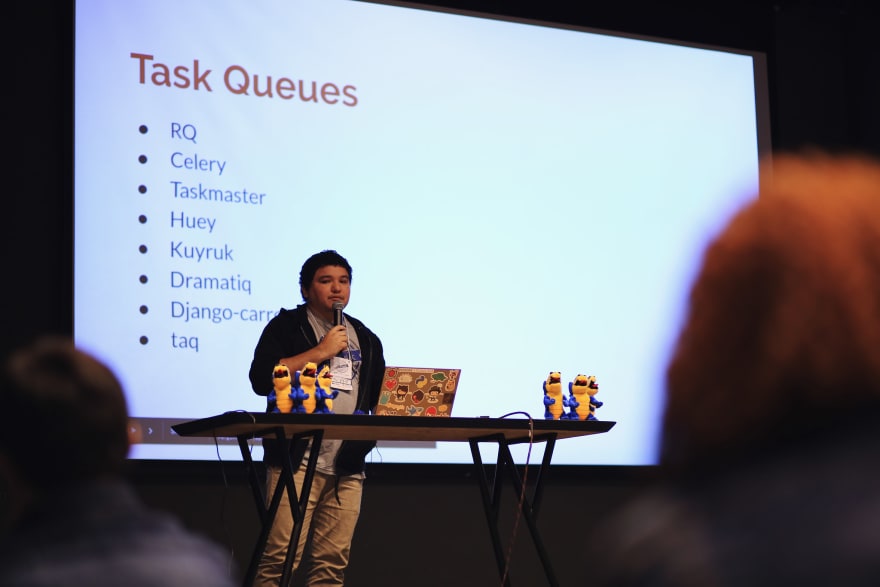 Philippe explained some concepts and motivation about using asynchronous tasks running in background in a Flask application, common in cases such as audio/video processing, webscrapping, heavy calculations and more.
In his talk, he used Redis as message broker and Celery as task queue. 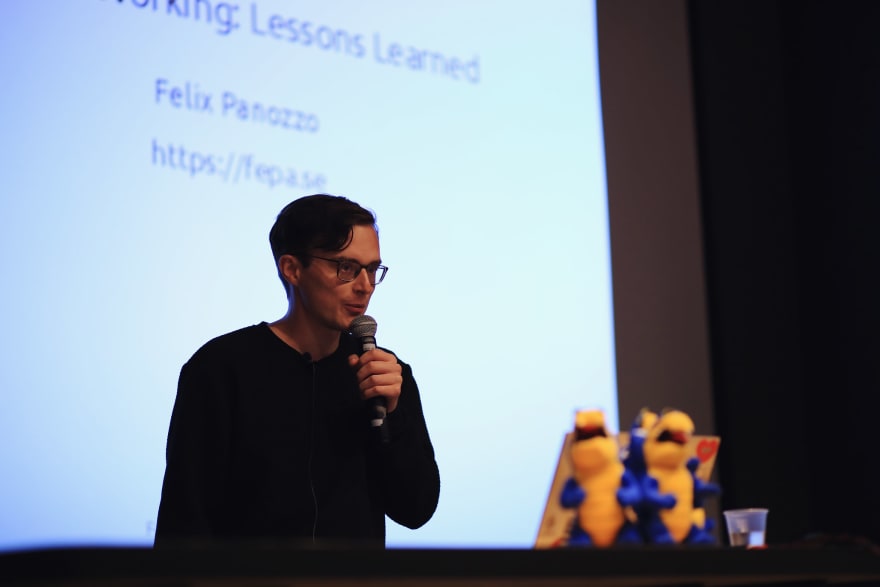 Felix shared some tips to increase productivity while working remotely. He's given advice about gathering opinions and experience from team members and encouraged experimenting and reflecting as a self improve learning. Some practicals tips are: not being always on, setting transparency as a goal, using a dashboard effectively and actually meeting in person. 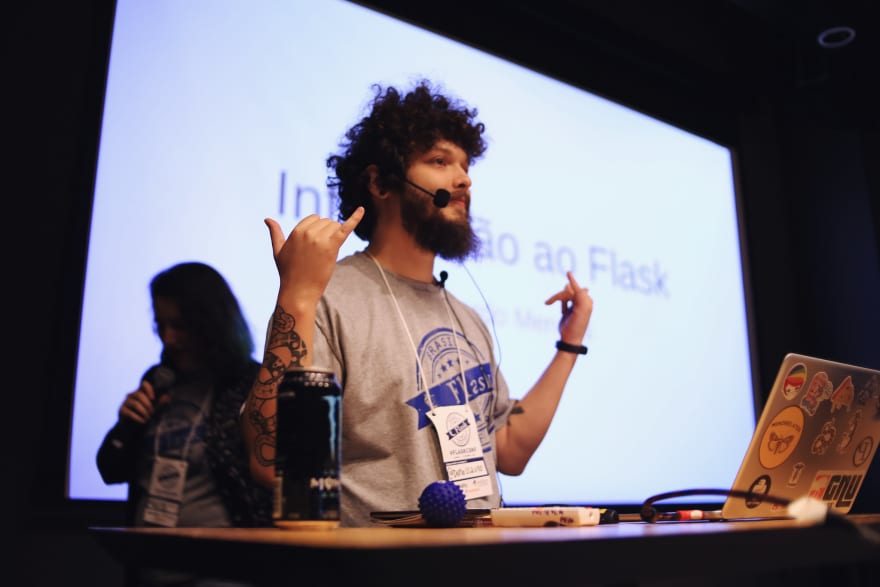 ● Introduction to Flask
By Eduardo Mendes

Eduardo presented flask as a python's micro framework and told the history behind it (it was a April 1th's prank). He also explained it works with Jinja, Werkzeug and more. 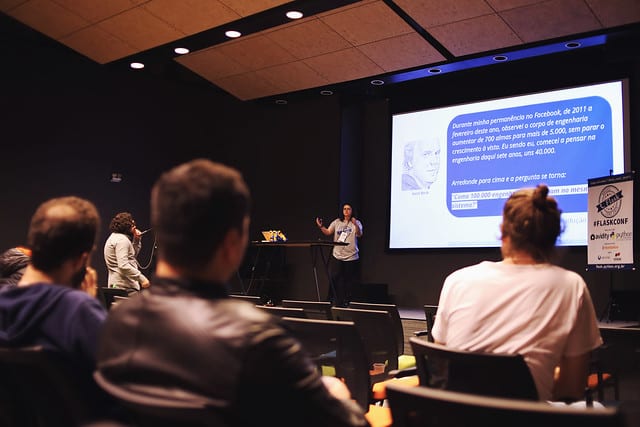 Poline engaged the audience by promoting a Dojo with TCR: test && commit || revert - an experimental practice to TDD. A very interesting way to develop by keeping an eye on testing and immediately committing it or discarding the changes if failing the test. Gotta try this one. 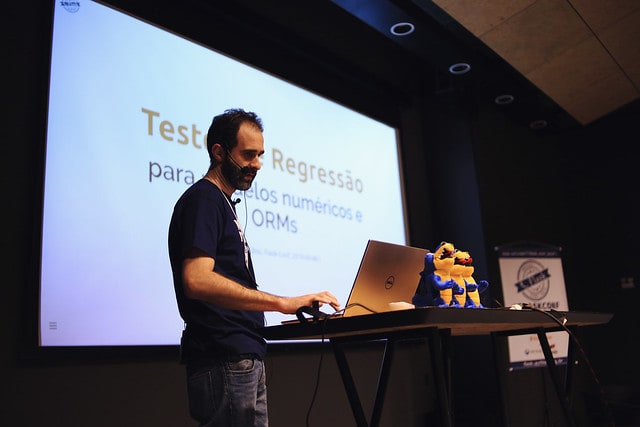 The intention behind regression testing, accordingly to Igor, is to be able to test easier and more efficiently by using fixtures. This technique solves some problems such as temporary files being created while testing and several similar assets being checked. 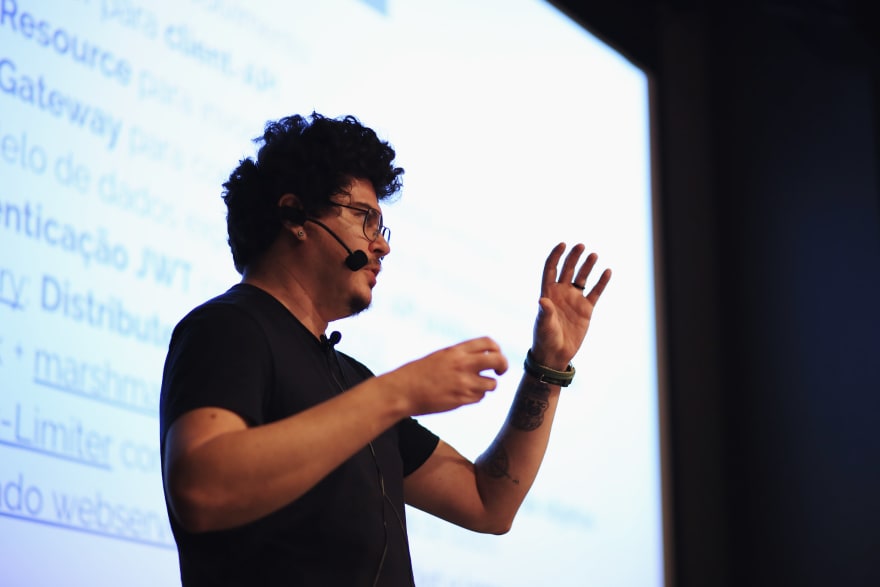 Ryan explained the concept behind microservices and talked some different structures that can be applied while developing a project. 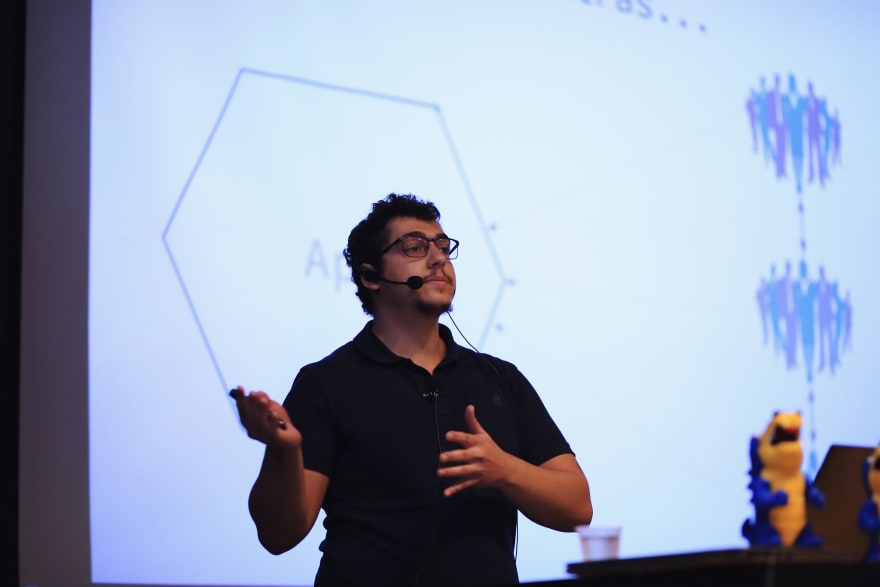 ● Resilient applications with Flask, Envoy and Kubernets
By Felipe Alcantara

Still talking about distributed applications, Felipe showed some illusions behind these concepts and how Envoy helps Kurbenetes by applying some resilience patterns such as Load Balancing, Circuit Breaker and Automatic Retries. 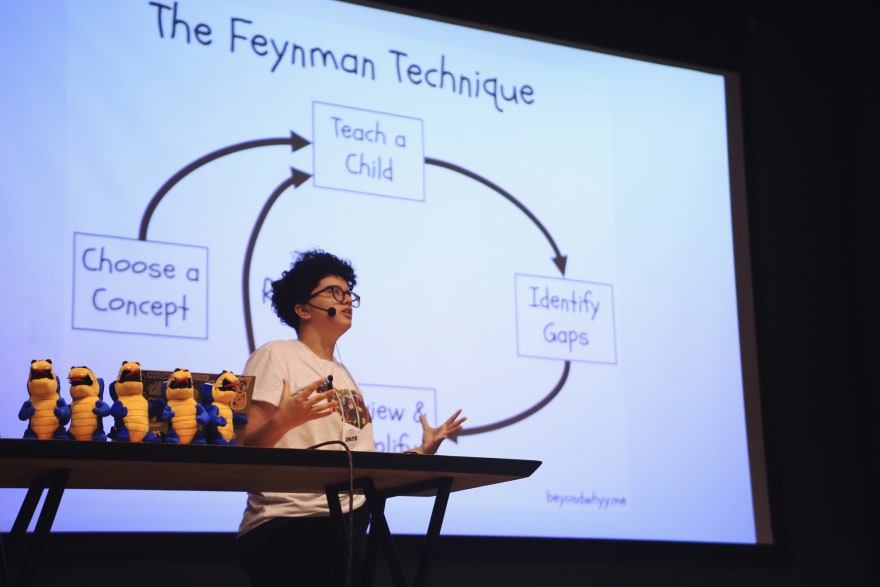 Miguel shared some of their learning while starting the developer career. They talked on how important is to deal with every day's tasks and to spend our energy properly in focusing and reflecting. Miguel's applied The Feynman Technique and dealt with the Impostor Syndrome several times. They also kept a diary which helped to keep track of their study progress. 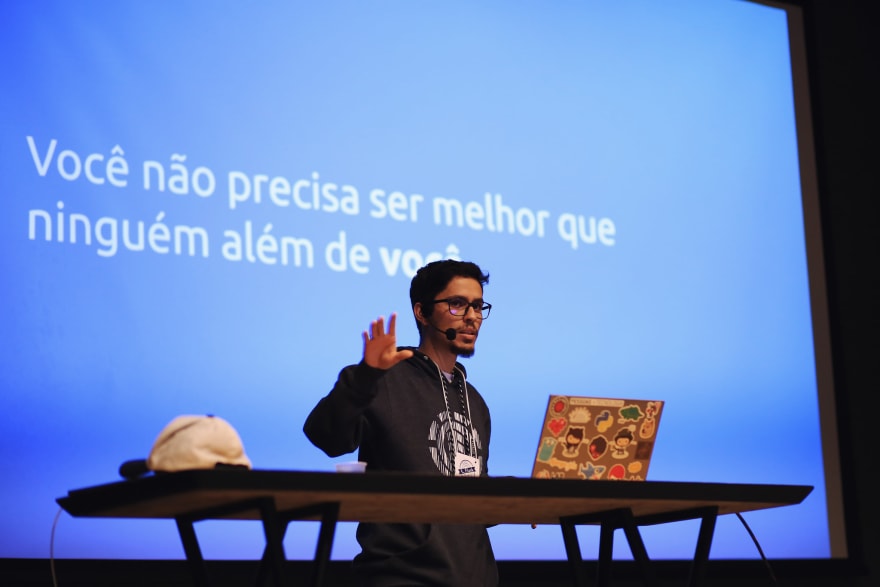 By explaining that anxiety is a natural reaction from our body which can occur with fears, doubts and expectations, William shared some good habits to better deal with it. Playing sports, mediating, eating healthy and drinking less coffee were his pro tips. 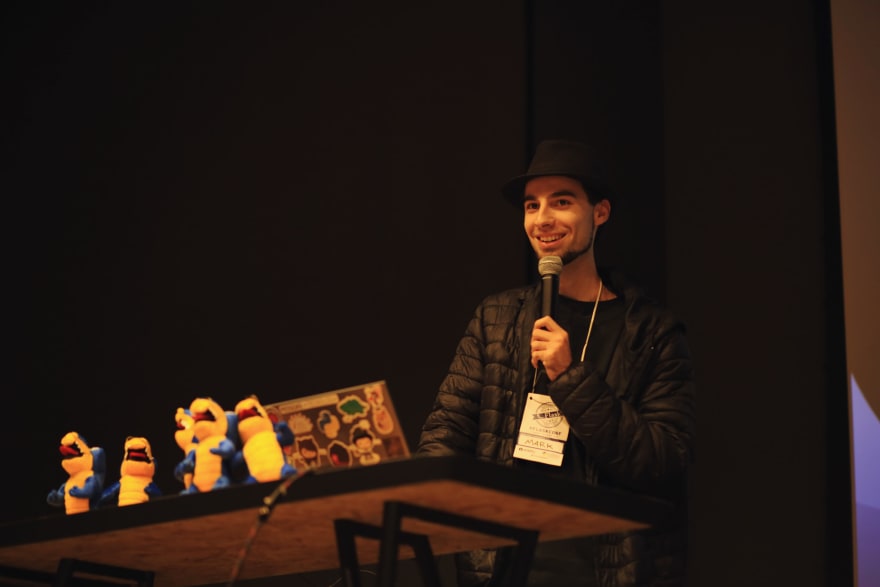 ● Lightning Talk: Habitica
By me!

I've taken the opportunity to present a talk about Habitica, a habit tracker app which treats your goals like a Role Playing Game. It has been helping me to organize my life and motivate myself into accomplishing goals.

See you in the next Flask Conf! 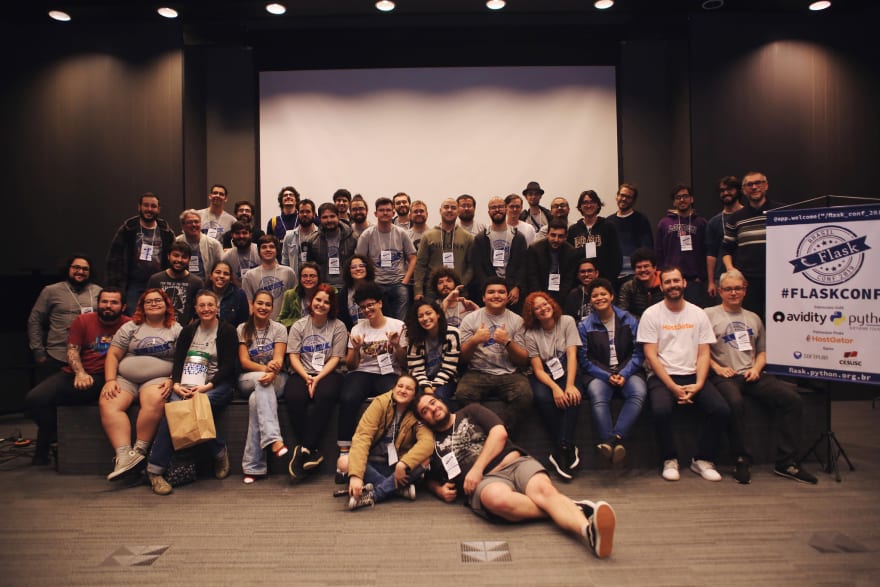 Discord Lite, an alternative to the Discord client