This week I've attended the Codecon technology event at Joinville/SC/Brazil as collaborator and made the most of it. It was pretty hard to choose which talks I was going to attend as there were two tracks with awesome speakers.
Below I'll briefly tell how were the ones I've participated.

Christiano Linuxmen talked about how DevOps is actually about people and not tools. DevOps isn't a manifest like Agile and DevSecOps and it should be embedded in the developer culture.

Fernanda presented Houdini, a very interesting set of low-level APIs that give developers the power to extend CSS by hooking into the styling and layout process of a browser. She also talked about Worklets, Masonary and how they work.

The low learning's curve from VueJS was the main point why Rafaela chose VueJS at Operand's company. She also talked about the benefits of having a single file component, render functions and some adaptation to reactivity on web pages.

Fernando explained what is a High Order Function and live coded showing how to create and use it. He talked about how functions are interpreted by Javascript and responsibility's inversion when using HOFs.

● GatsbyJS and your project live in minutes
By Caroline Soares

Carol showed how we don't have excuses anymore to have a blog and how GatsbyJS helps to set it up in a easy and fast way.

● Which challenges we've faced while implementing SCRUM
By Tadeu Bonatti

Tadeu revealed some difficulties that ProJuris encountered while applying SCRUM in their dev teams. He showed a troubleshooting for each SCRUM step and summed all up into encouraging and engaging people and giving value to the methodology as there isn't a perfect one.

Carol has given a great talk about Domain-Driven Design and has explained and illustrated several concepts like Ubiquitous Language, Design Stamina Hypothesis, Chrun x Complex and Strategic Modeling.

Maujor is a 75-year-old developer that inspires the audience by sharing its experience while learning web development after its 56 years. It's never late to learn.

Codecon was an awesome opportunity. Thanks Gabriel! 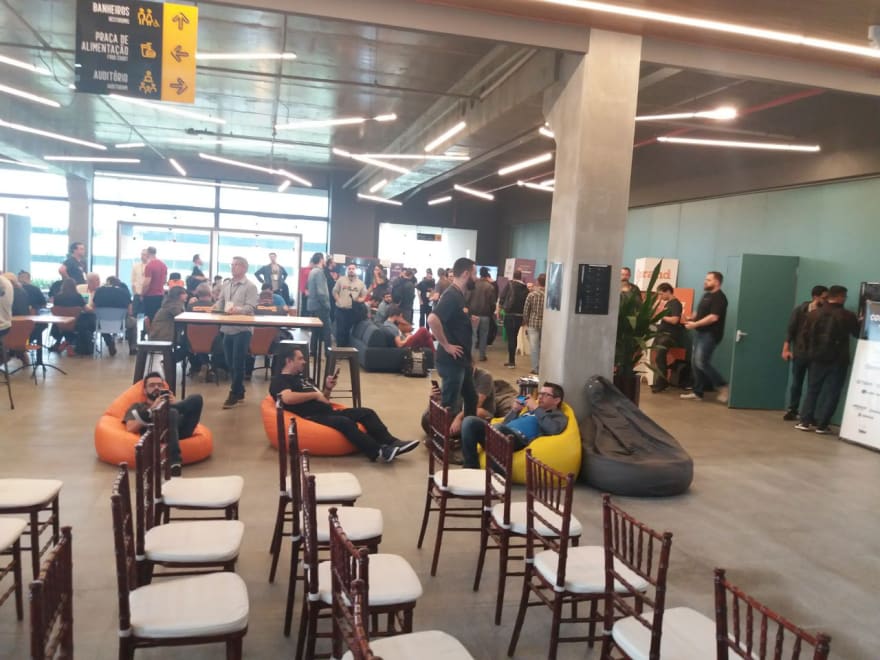 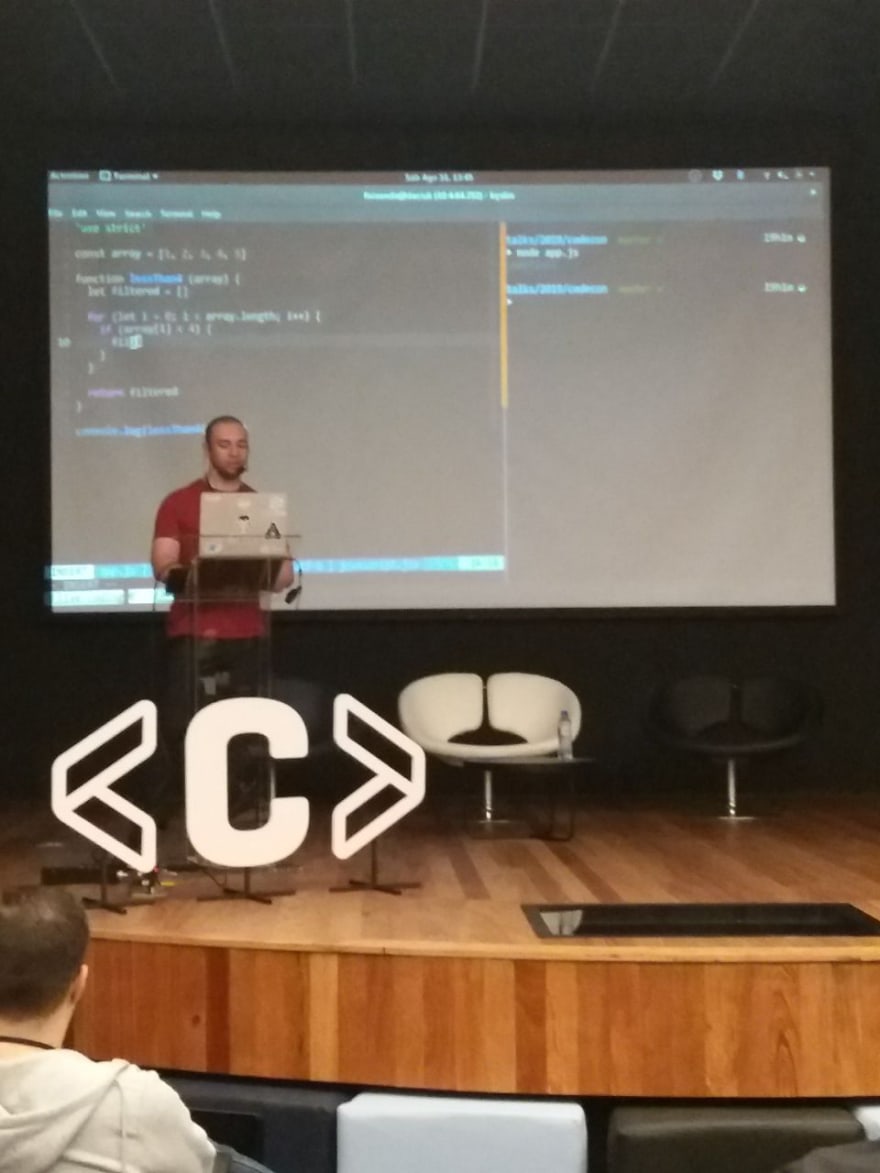 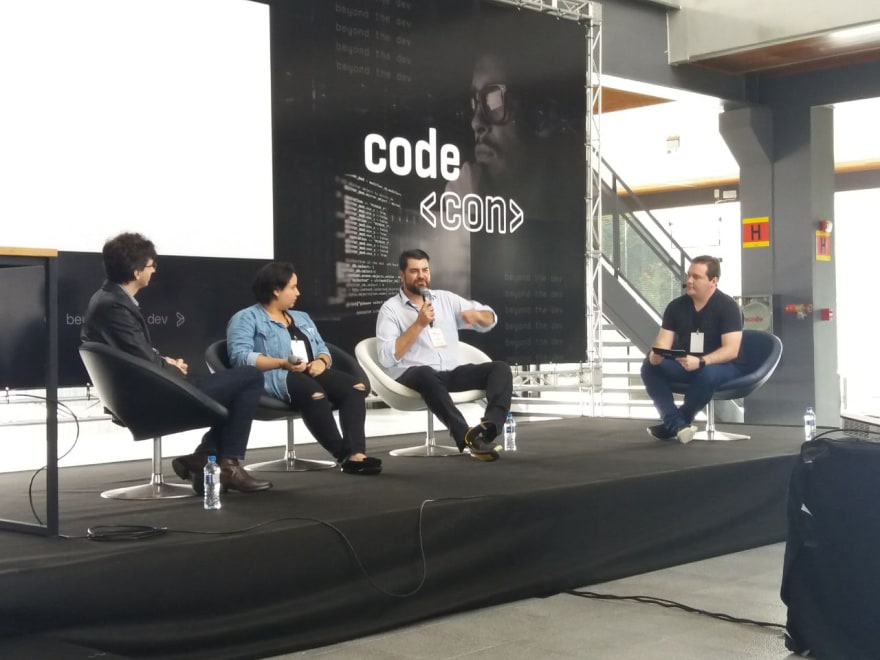 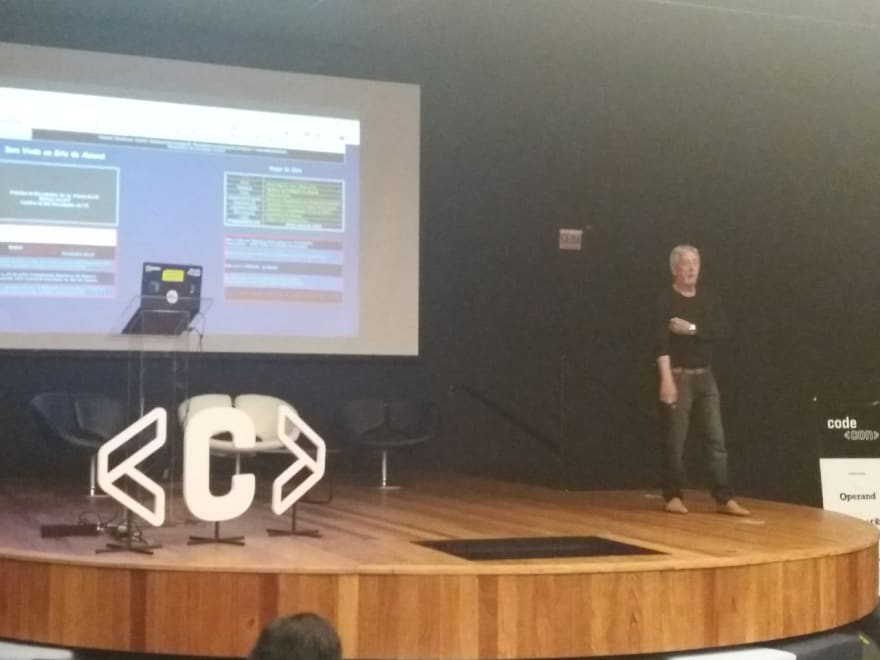 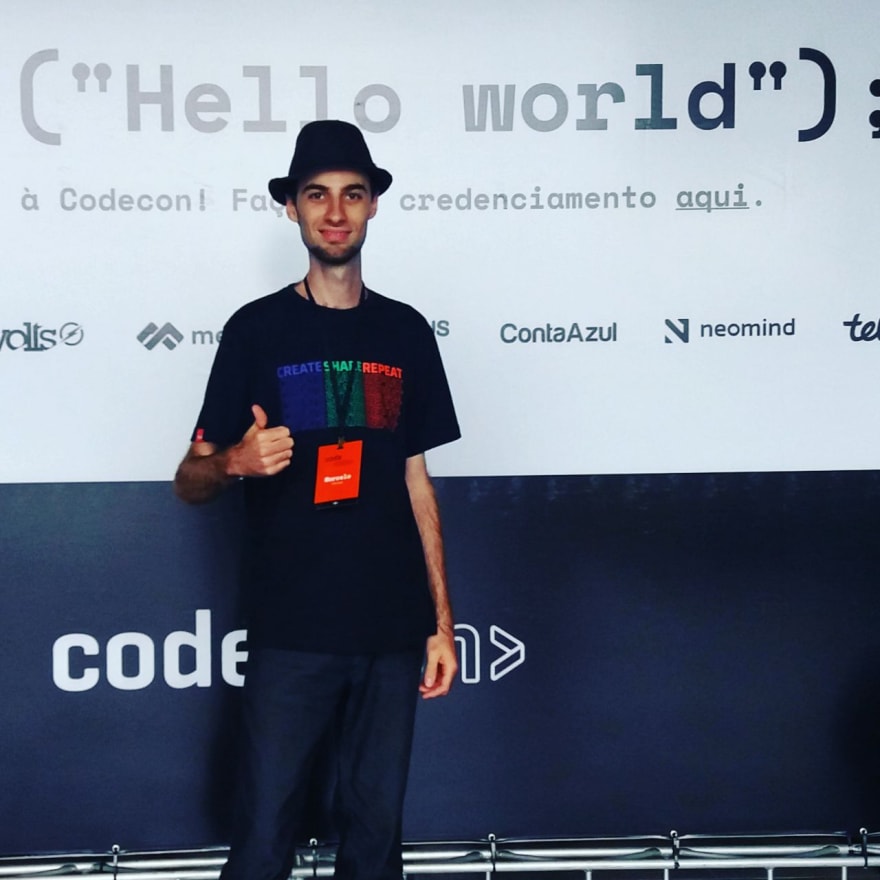