Last year's GitHub Game Off was one of our biggest yet. Our annual game jam received nearly 500 submissions for 2020. Games ranged from 2D to 3D, single player, multiplayer, and everything in between.

There's no submission criteria for the GitHub Game Off... only you must stick to the theme for each year. Last year's theme was "Moonshot". It was interesting to see the various directions each participant took with the theme. From literally having to shoot something at the moon, to obtaining moon powers. It's so exciting to see everyone's creativity.

Here are the top picks we played on stream. There were so many it was hard to narrow down. To the point we'll be doing another stream next week to cover even more games!

A Trip to the Moon

Unlike many game jams or hackathons, the GitHub Game Jam isn't assessed by a panel of judges. Instead, every participant in the jam is invited to vote on their top games in various categories:

A Trip to the Moon took out overall place as well as first place in the Graphics category. And you can see why.

Inspired by Georges Méliès' silent film from 1902, this game takes you on a journey to the moon to defeat the bad guys, just the same as in the movie. The game has support for keyboard and controller, and can be played through in a short sitting.

An arcade style, funky, colourful, and super fun game. ParaLuna sees you busting ghosts and fighting monsters while trapped in a haunted castle on the moon. Watch out for the cats and random bosses in this 2D, scrolling shooter.

This game will keep you entertained for hours! It's almost like it was designed specifically as a mobile game to pass the time.

Simply point your cat towards the moon and launch it from the catapult. You'll need to build up enough fish and milk to reach the moon. How many shots will it take you to get there? This game was made with Godot, as with many of the games submitted for the Game Off.

Choose a ship, race in the tournament, and destroy the other ships. Sounds easy enough right? Unfortunately you have limited control due to less gravity on the moon.

It might take you a while to get used to, but this is a super fun game. Best of all, it supports up to eight players! So grab a friend (or seven) and start racing. It's the perfect couch game.

A beautiful game made by two best friends. It's built in Unity and has very intuitive gameplay. I loved the animations and storyline to this game. Give a go and feel some bliss. 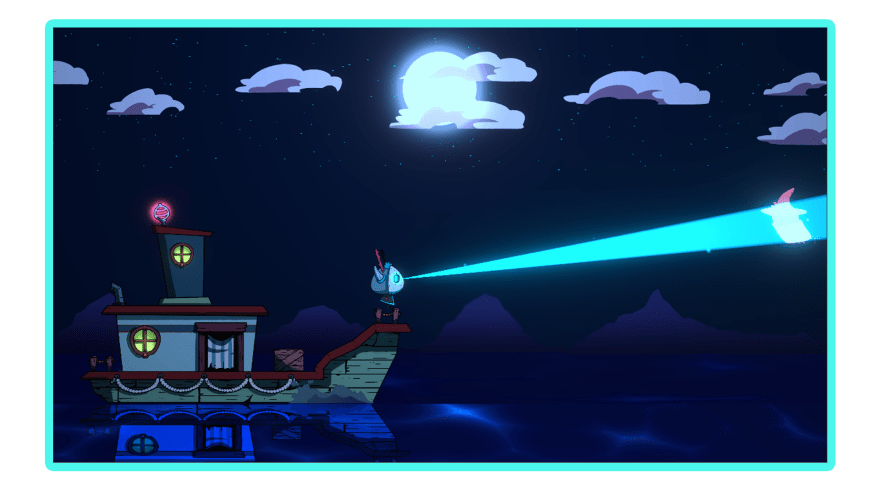 A fast paced, keep you on your toes kind of game. Young Moon is made with Unity and requires you to stay on the moon as it rapidly rotates and you get attacked by bats...

Why bats are in space I'll never know. Or rather more to the point, how are they breathing up there with no oxygen? 🤷

Probably the funniest game submitted for the GitHub Game Off due to its hilarious dialogue. You start off trapped in space and encounter random spacenauts throughout the game. Each has their own witty humour and tasks to complete.

If you can put up with the puns and terrible jokes this game is definitely worth a shot. 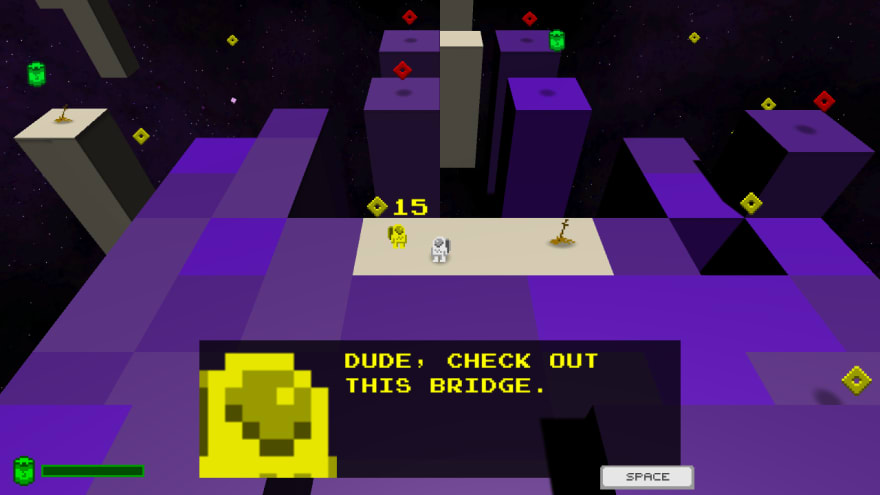 Your space base is under attack! You need to stop the monsters by building turrets, firing missions, sending in the nukes (read: asteroids), and upgrading your gear. Will you survive or will you get eaten?

Get involved in Game Dev and join our streams

Hopefully the games shown here and played on stream encourages you to take the dive into game dev. If that's what you want to do. There are tonnes of places to learn including Unity Online, Unreal Online, and tuning into conferences like Godot Con.

The GitHub Game Off runs in November each year. So if you can't wait that long, check out Global Game Jam starting in a week. And get excited for Js13kGames in August.

You can also start connecting with people in the community by following our post-live stream chats on the GitHub Community Forum. There's lots of like-minded people, great conversations, and plenty of link sharing. If you missed the stream you can watch the recording:

Come back to our Twitch Channel next week to watch more Game Off submissions. Join our Meetup Group to stay up to date with all our live streams. See you then and happy game coding.