In this tutorial, we'll learn how to create an Animoji using Reality Composer and ARKit within Swift. Let's start with the definition of Animoji: It is an interactive filter that is featured in modern iPhones and uses face recognition to track face patterns.
We will focus on creating a character that can wink and blink at the same time that we are doing the same action.

The final result of the App would look like this:

Then, head over to the properties panel and make sure to select the Face Anchor type.

Next, add an identifier name to our scene opening the top left scene tab.

A Scene is a collection of entities that contain Anchors, Objects, Behaviours and the Physics world. 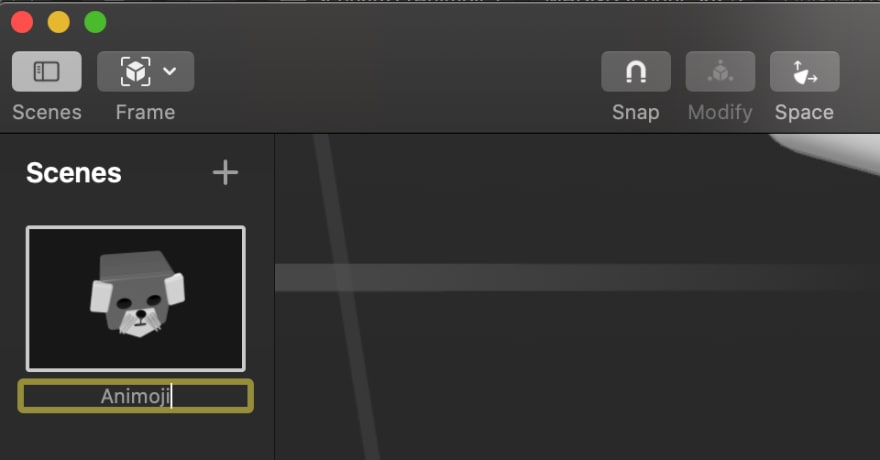 Finally, we will match the eye-opening and closing with the character's eye objects, scaling them on the z-axis.

And we are officially done! Now you can run your application and share your Animoji :D

Bugs: a blessing and a curse

Mariana Garnica
I'm a mobile application design and devlopment student at Algonquin College, I'm so excited to start making great things with technology.
Why blogging is a great way to start a career in software development?
#beginners #programming #career

Once suspended, garn0080 will not be able to comment or publish posts until their suspension is removed.

Once unsuspended, garn0080 will be able to comment and publish posts again.

Once unpublished, all posts by garn0080 will become hidden and only accessible to themselves.

If garn0080 is not suspended, they can still re-publish their posts from their dashboard.

Once unpublished, this post will become invisible to the public and only accessible to Mariana Garnica.

Thanks for keeping DEV Community safe. Here is what you can do to flag garn0080:

Unflagging garn0080 will restore default visibility to their posts.