Call for videos for the EmberConf keynote 📢, Ember 3.16 released 🚀,
Minesweeper meets Ember Octane 💣, check out the journey to your first published addon 📅, 2020 Ember Community Survey 📝, and learn how to forward element modifiers in <10 mins ⏰!

Call for videos for the EmberConf keynote 📢

Hi, Embereños! It's me, Yehuda.

I'm collecting some videos of people's Ember stories for possible use in this year's EmberConf keynote.

You can make the video as long or as short as you want, but if you're not sure, 2 minutes is probably a good target length.

Here are some topics you could cover to help flesh out your story:

Don't feel restricted to details about Ember features. Feel free to talk about intangible details, like how it feels to be part of a community that works together, your experiences with Ember's evolution, or experiences about your own evolution as a developer.

Please send in your video by the end of March 1, your time at https://airtable.com/shrYpEeT3xtyst5Gq. If you have any questions, please email me at wycats@gmail.com.

Thanks so much for helping out!

A new version of Ember is here! Ember 3.16 is an incremental, backwards compatible release with bugfixes, performance improvements, and minor deprecations. Whether you're on the bleeding edge or 1.x, be sure to refer to the official Ember blog when looking for release details!

It’s that time of year again 😀, the 6th annual official 2020 Ember Community Survey is here! Once again we would love your help to learn about who is in the Ember community and how they work with the framework.

Last year over 1200 people participated in the survey. All that participation and your participation over the years has resulted in enough input to make the process more efficient. This year the survey has been considerably slimmed down from previous years! So it should be easier than ever to make a contribution to our community by filling out the survey – let’s keep that participation going! 🎉

This year we’d also like to emphasize that contributions from non-Ember users are valuable as well. So if you have co-workers or friends who you think might be interested in filling out the survey, please share it with them.

Submissions will be accepted until March 8th, but there’s no need to wait! Go ahead and fill out the survey here now. 🔥🔥🔥

We look forward to your participation! If you have any immediate questions, feel free to email the survey team via survey@emberjs.com, or ping us in #dev-ember-learning on the Discord chat.

But please, don't forget to help us spread the word by sharing the survey landing page on your social network feeds, at meetups and around your office and other communities. 🙌

Minesweeper is a classic logic game, probably most known through Microsoft Windows. You use the number clues to clear the mines and race against time to become the world champion.

@scudco issues a new challenge: Find all Tomsters in the game Tomsweeper! It's a great example of how you can build something in Ember Octane with ease and fun. 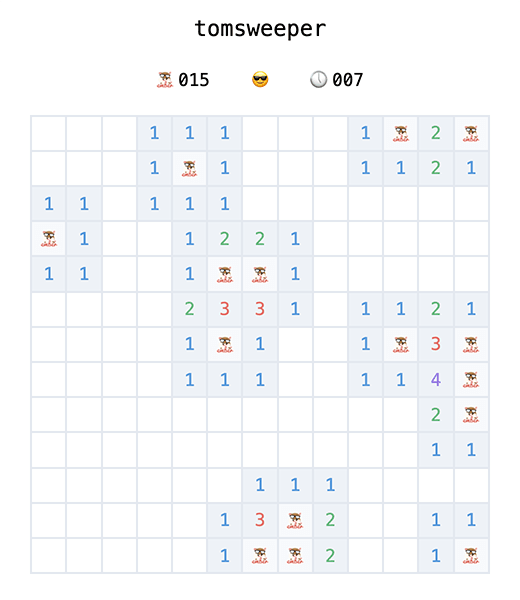 Give Tomsweeper a try and leave your feedback in the #games channel on Discord! PRs are welcome, too.

Looking for another quick learning today and got 10 minutes to spare?
Then our friends from EmberMap have the right content for you!

In their freely available "What's New in Ember?" video series,
they highlight some of the latest and greatest framework features that make Ember developer lives easier.

In their latest episode "Forwarding Element Modifiers with ...attributes", you can learn about the use cases for the handy splattributes feature. Splattributes made their way to Ember as part of the RFC#311 angle bracket invocation feature.

Specifically, the video demonstrates powerful composition patterns when using splattributes together with element modifiers,
a feature combination that is available since the implementation of RFC#435: "Forwarding Element Modifiers with Splattributes" and has been released with Ember 3.11.

So wanna impress yourself (or your co-workers, open-source and Ember friends) with some smart component patterns this week?
Then check out the video to learn when and how to leverage element modifier forwarding and make your Ember app shine!

i. welch canavan (@xiwcx) shares the journey of building your very first Ember addon in this dev.to post. The addon @mariana-tek/ember-fullcalendar wraps Fullcalendar (v4) – a tool that provides a fully-featured scheduling calendar with minimal code – into an Ember component.

The process started with checking Ember Observer to see if there is already an addon that provides a similar service as well as checking the general addon structure that packages follow. Next, fullcalendar-react was inspected which provided the idea to avoid explicit bindings for each property or attribute and simply batch updates and pass them along to Fullcalendar.

Following that, it was easy enough to use Ember component lifecycle hooks to replace the React ones such as componentDidMount() becoming didInsertElement(), while componentDidUpdate() became didUpdateAttrs(). Similarly to the other implementation, Data Down, Actions Up was followed so that was easily transferrable.

Try out @mariana-tek/ember-fullcalendar in your app today! 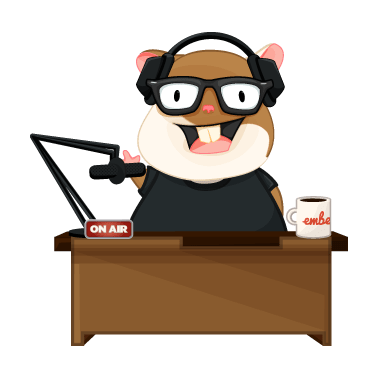 Figma Webhook and Github Action to Automate Your Icon Library