It seems like my post from yesterday about getting productive with git checkout resonated with a lot of people. Some even wrote to tell me that they found the tip useful. Hopefully they will use it in their work as well. 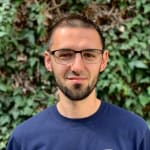 Getting productive with git checkout

Right now I’m sitting in the train on my way home and have a bit of time for another tiny tip. It’s something very simple and easy to do but at the same time gives me joy every time I use it. It’s how I switch between branches.

Say I’ve just switched to new-feature from master. I’ve done some work there and want to go back. They usual way to do this is:

Turns out, if I use - (dash) instead of the branch name, git will switch to the branch I’ve last visited. So the above becomes:

Running the same command again will bring me back to new-feature. Obviously, using this command will only switch between these two branches. If I want to go to a third one, I still need to write its name.