Often times, after seeing a tweet, I go to https://poet.so to take a screenshot of it. However, this was kinda time consuming and stuff like that, but poet.so doesn't even have an API, so I create a selenium script that (very quickly) uses poet.so to take screenshots of a tweet.

To use the bot, simply reply to any tweet with @poet_this 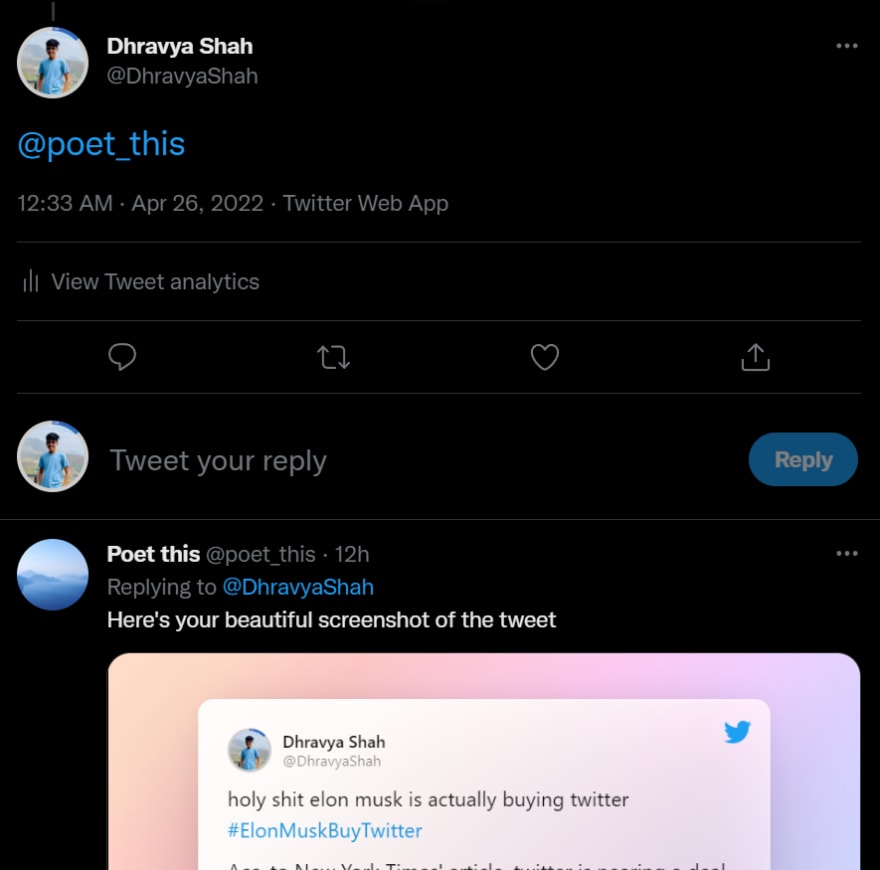 The project is shockingly simple, but super useful. It hardly took 20 minutes for me to make it (because I already had some experiences with the twitter API - auto twitter banner changer )

in fact, it's so simple that this is all I needed to write (with a little bit of reverse engineering of the website and some keyboard tricks)

Anyways, I hope you like my little project. If you have any suggestions or issues, feel free to post them on github.
The repository is public here:
Please ⭐ this!

Replies with a beautiful screenshot of the tweet, powered by beautify.dhravya.dev 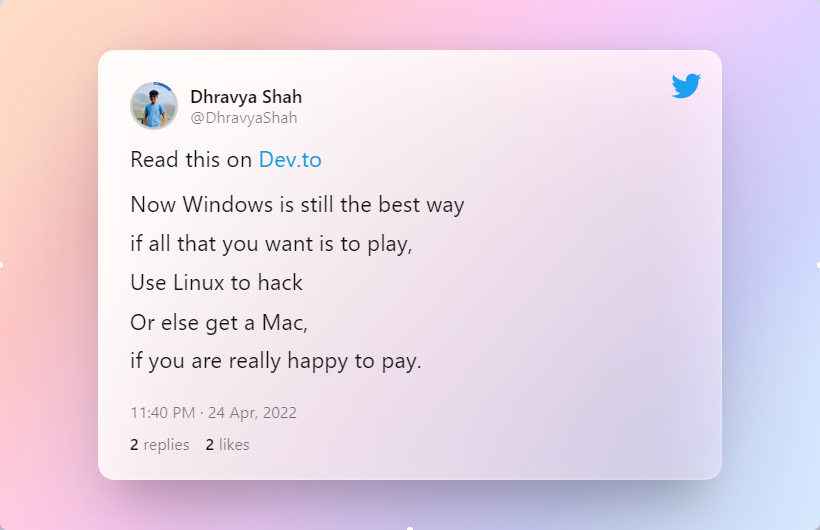 Readme made with using README Generator by Dhravya Shah

I'm considering options to host the bot too, but hosting anything using selenium is quite the pain so i'll try my best. For now it's online on my own computer

Solving the Problem Sets of CS50's Introduction to Programming with Python — One at a Time: Problem Set 7

Dhravya
student developer who's trying to figure things out.
A whole new developer ecosystem: CakeCutter 🍰
#devops #showdev #go #productivity
I was tired of making banners for my blogs, so I automated it
#python #showdev
This website doesn't have an API, so I made my own, with extra features.
#python #showdev