Ultramodern industries that operate on sensitive data, like fintech and neobanking, require sharp and accurate data security solutions that can be easily maintained and controlled.

Keeping this in mind we updated Acra database security suite, our flagship software security solution, to a new release full of the most required and advanced cryptographic protection.

Acra supports easy-to-use and hard-to-misuse encryption. Acra is the easiest way to integrate encryption into your applications without significantly altering the data flow.

💡 Deploy Acra SQL proxy transparently: AcraServer sits between an app and a database as a cryptographic proxy, transparently encrypting and decrypting chosen data fields that run through it. Just deploy AcraServer and direct your application to talk to it instead of the database.

💡 Deploy Acra as an API server: AcraTranslator works as Encryption-as-a-Service using HTTP or gRPC API, and encrypts/decrypts data that the application sends it. Application controls which data fields to encrypt. This layout is useful for encrypting only a chosen subset of larger data structures to attain optimal performance/security balance. 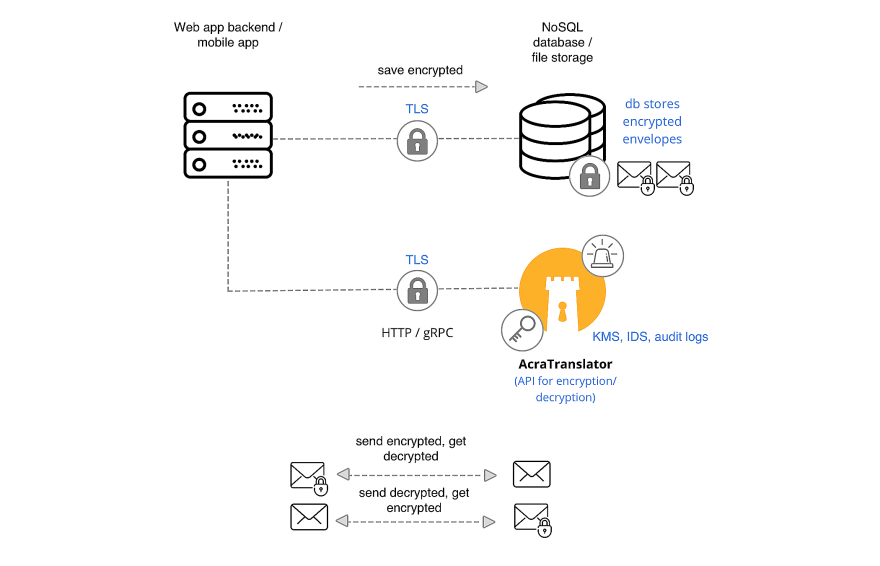 This approach gives architectural flexibility: build end-to-end encrypted data flows, or encrypt data before sending it via untrusted networks and control the decryption point inside the trusted perimeter.

🔥 But Acra possibilities are not limited to encryption alone. We designed it to be a robust data protection software at your fingertips. Follow the series to read about some other prominent Acra features.

Hashicorp Vault | What & Why? | All you need to know about Vault | Secrets management for roadrunners