Programs are written for computers, but sometimes we need to add more context to help other programmers read and understand our code. (Sometimes that programmer is ourselves!)

To do this, we can write comments in our program. Comments are lines of text that are ignored by C# when the program is run.

Good code is usually self-explanatory, but comments are useful to explain why a program has been written a certain way.

To write a comment, type //, followed by the comment. Everything after the // is ignored until the next line.

Run the code above after typing it inside the code box. My first program won't show up on the displayed output. 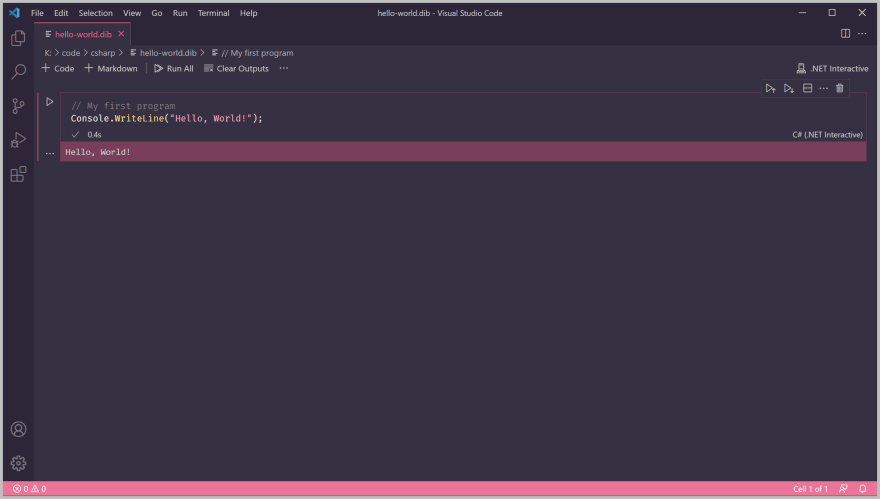 Comments are also useful to take out bits of code you don't want to run. For example, if you're trying to find the cause of an error in your code (also called debugging), you can comment out the code that you want to make sure is not causing the error.

The multi-line comment starts with /* and ends with */. Everything between these two elements is ignored.

Add some comments to your answers to the Lesson 1 challenges!