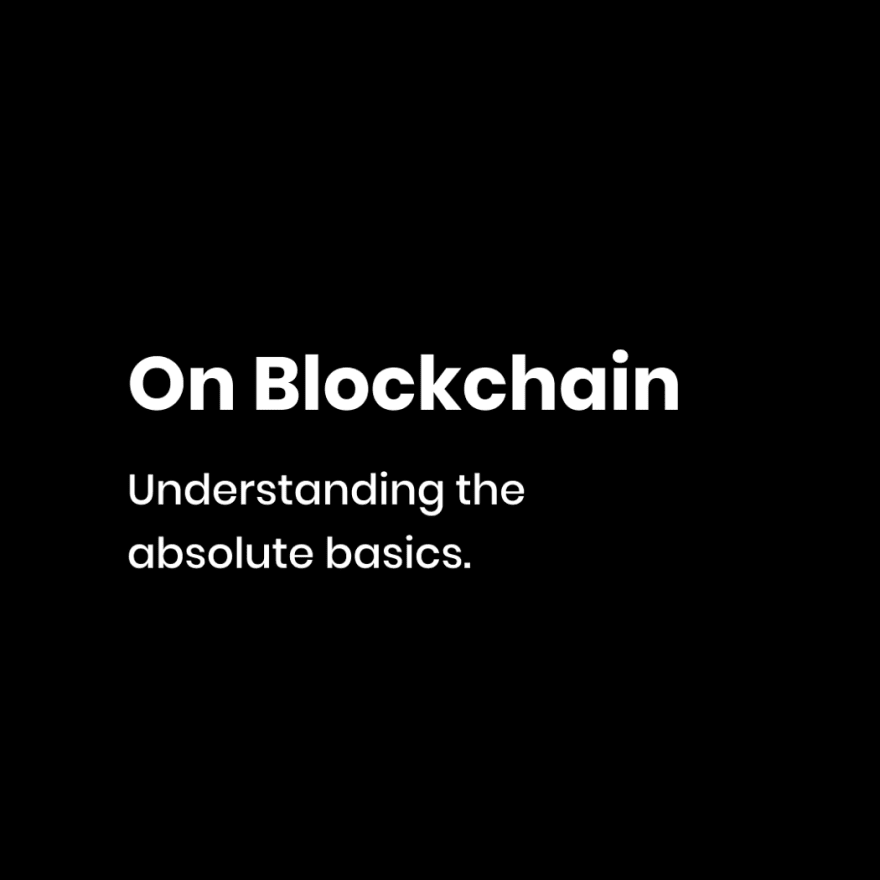 In this post, we are going to learn about blockchain in its simplest form, my objective for this post is that by the end, you would have a better understanding of the blockchain, and also be able to explain to your friends or that 5-year-old-kid. I’m going to start with an introduction, then we define blockchain and clarify some of our misconceptions, after which we would talk about the types and quickly see some applications.
Alright, let’s dive right in.

Before we begin to learn what blockchain is, first, I would like to start with what the blockchain is not. Contrary to what some people think or assume, blockchain is not a cryptocurrency, it is not the bitcoin, it is not limited to financial transactions, the blockchain is much more than that, as it’s not for solving just one issue for some people, but can fix many problems for everyone.
It’s the foundation on which these other structures are built upon. It’s so much more that we keep on finding more and more ideas where this technology can help solve problems every day. Hopefully, by the end of this piece, you would get to understand this revolutionary technology.
For simplicity, I would limit my examples to the use of financial transactions.

So, What is blockchain?
First, what are blocks?
Let’s say I’m to record all my financial transactions and present them as a single big database encyclopedia, I would record on a single sheet of a paper list of transactions on grocery, including amounts, date, grocery store, etc. until it gets filled up. 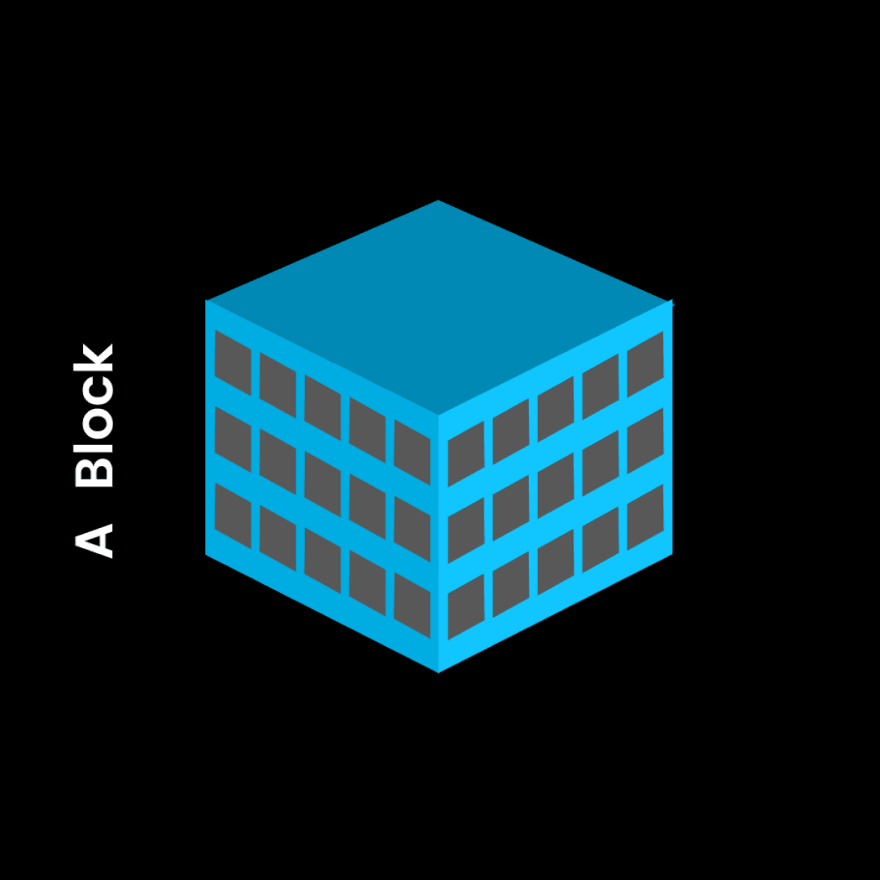 I would run a validation exercise, cross-checking my bank statements, and asking 6 of my friends I went with to the grocery store that day to help me check if the values are accurate. On successful validation, I would save this sheet of paper inside the encyclopedia where I can’t remove it until the day, I’m going to submit it. Then I would get a new sheet of paper on which I would continue to record subsequent transactions. 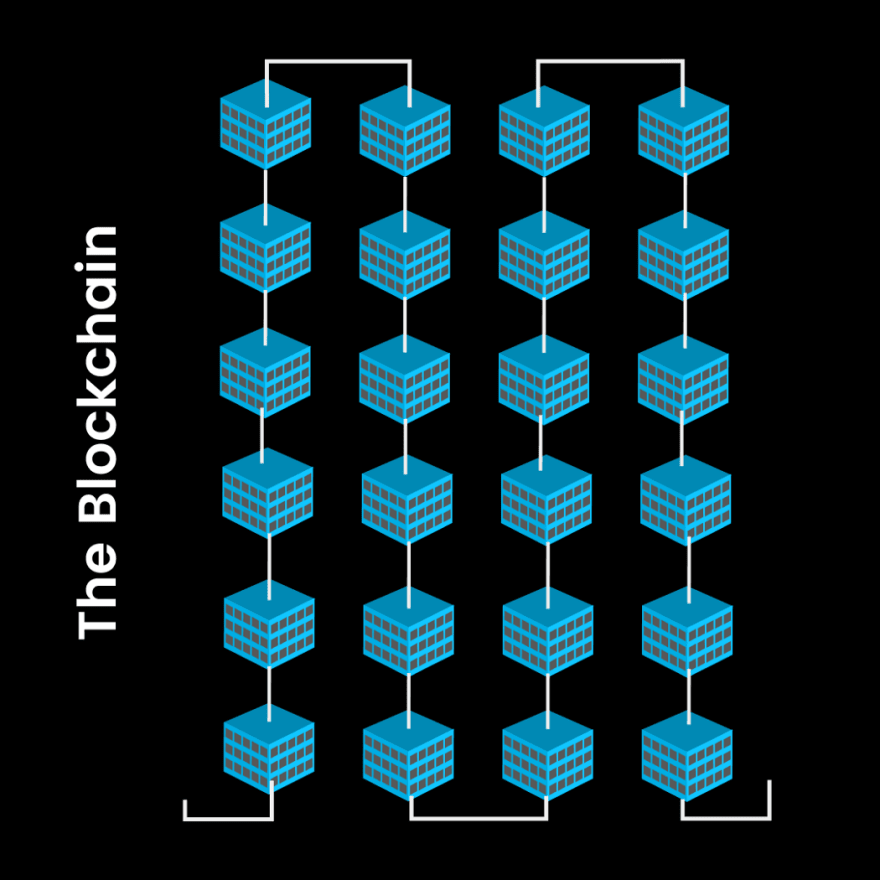 The database encyclopedia can be likened to represent the blockchain, while the sheet(s) of paper the block(s).
However, in reality, the blockchain operates a little differently. It abides by certain ideologies which make it unique from our traditional database (record-keeping) system. This is then going to lead us into understanding some of the principles guiding the blockchain.

This principle is all about delegating power, decision-making ability, supervision, maintenance, control from a central entity (a person, group, authority, or an administrator) to a dispersed network of nodes, all the nodes on the network contain the same information and have equal rights. It ensures no entity can claim ownership or control of the blockchain.

A decentralized database is one where there is no centralized storage of data or system administrator hence no single source of failure or weakness in a system. And that is essentially what the blockchain is all about.

P2p short for peer-to-peer is a model based on a simple decentralization principle, instead of relying on a centralized administrator or server to control communication functions, the blockchain rather utilizes a decentralized network communication model between two nodes (peers) which aids storing and sharing of records without the need for a central intermediary. Unlike traditional client-server systems where there is a dedicated central server where a client downloads from and a server to store, the p2p system is maintained by a network of nodes — where each node can act both as server and a client (server when another client is making a request and a client when it is making its request.

All records are individually encrypted, The blockchain is built in such a way that together with all other underlying principles, security is prioritized such that taking part in the network is far more economically incentivized than attacking it. Also, because of its decentralized nature and no single central point of control, it’s nearly impossible for hackers to attack or attempt to hack into it, if anyone were to alter a single copy of the block, it would no longer contain the same copy of information distributed across other nodes hence would not be recorded into the block.

Remember when I said the blockchain operates a little differently from how our database functions, here is another unique difference. There are what are known to be CRUD (Create, Read, Update, Delete) functions performed on persistent storage applications. Ability to create a record, read a record, update a record and finally delete a record. On the blockchain, the last two operations were omitted. You can only be able to create and read a record without updating or deleting it. This is how the blockchain got its immutability property, the ability of records to remain unchanged or almost impossible to reverse a recorded transaction.

Before data can be recorded on the blockchain in permanence, all the data that are being independently recorded by the participating nodes (computers) are periodically checked and if 51% (or more than) of those nodes agree upon the validity of a record, it gets committed to the blockchain, never to be altered again. This ensures that whatever data we read of the blockchain comes with the backup that was recorded by the majority of the participating nodes. So essentially, a consensus mechanism allows many participants to maintain one truth together which roughly translates to ‘’we are participants, therefore we can all check it, and whatever majority of us decides is the truth, because the majority of us cannot independently record false data.’’
Having established the basics and core principles of the blockchain, we can now agree on a higher level overview that the

Blockchain is a decentralized database distributed across participating peer-to-peer nodes which is immutable and very secure.

Now, we have understood what blockchain is, Let’s go back to clarify one of our earlier misconceptions about the relationship between blockchain and cryptocurrencies.

Most people got exposure to the blockchain through the knowledge of a cryptocurrency of which bitcoin is an example and the first to be created in 2008, so it’s not unusual for misconceptions to exist. But here is the real deal, cryptocurrencies are digital, decentralized, disintermediated, trustless currencies that get transacted through the blockchain. In essence, because of the infrastructures and principles by which the blockchain operates, cryptocurrencies can run on them to make it possible for secure peer-to-peer transactions to happen between people without any third party whilst ensuring privacy and accurate record of transactions.

To say that the blockchain is equal to bitcoin or any other cryptocurrency is like saying that a railroad is equal to a train, they are not, rather the train can transport people because it can travel on top of the railroad.

Oftentimes, when we hear of the blockchain, we generally think we have just one type of blockchain on which every other thing is built upon. Although all blockchains operate on certain common principles, They can also be built in a variety of different ways to best offer solutions to a specific use case or application. Fundamentally, we have just two types of blockchain, the public, and private blockchain but as we are going to see shortly, we have four of them in total.

In a public blockchain, anyone anywhere in the world can become part of the blockchain network, read the data, send and receive data, and upon validation would be added to the ledger. They would be able to join the consensus process hence they are often referred to as permission-less because they are non-restrictive. By nature, this type of blockchain is open source and completely decentralized. Examples are the Bitcoin and Ethereum blockchain.

They are blockchains controlled by a single entity, often referred to as a permissioned blockchain because the central admin decides and permits who becomes a part of the blockchain. As a result, there is a partial level of decentralization, security and they are more likely to encounter fraud or error whilst enjoying a faster and shorter time validating data as a result of few participating nodes, high level of privacy, and a higher level of scalability.
This type of blockchain is usually used within a single organization where only the selected members are allowed to be part of the blockchain.

Applications of the blockchain

There is no use for medical knowledge if it can’t be applied to solving an abnormality in the body. You might have that same question for the use of blockchain, well we are going to quickly go through a few of them.
The use of blockchain can help us ensure

I would love to read when it gets published.

How I successfully became a software engineer in 3 months

Once suspended, ceonyema will not be able to comment or publish posts until their suspension is removed.

Once unsuspended, ceonyema will be able to comment and publish posts again.

Once unpublished, all posts by ceonyema will become hidden and only accessible to themselves.

If ceonyema is not suspended, they can still re-publish their posts from their dashboard.

Once unpublished, this post will become invisible to the public and only accessible to Emmanuel C. Onyema.

Thanks for keeping DEV Community safe. Here is what you can do to flag ceonyema:

Unflagging ceonyema will restore default visibility to their posts.