In my previous post about the fundamental of blockchain, I referred to how amazing the blockchain is and how we keep on finding more and more effective unexplored ways of doing things.

In this post, we are going to learn about bonding curve offering (BCO), one of the relatively new innovative solutions in the decentralized world of finance (DEFI) utilized through decentralized exchanges (DEX) with respect to how startups raise capital. We are going to see some of its advantages and how it solves some of the pitfalls of previous models, especially the Initial coin offering(ICO) model.

Dexes actually have a lot of ways to help startup projects raise capital, but many projects aren't willing to explore or just aren't patient enough because of the get everything fast mentality. - Austin Ogiza.

Similar to the Initial public offering (IPO) model used in the traditional business industry, ICO is a model used by startups to raise funds for financing cryptocurrency-related ventures. All interested investors buy into the Initial coin offering, and in turn, receive token equivalent which can sometimes be equated with the shares of a company or just represent a stake in the project.

Whilst this ICO model did bring some level of innovation and helped break barriers for some projects to take off, it did present loopholes to be exploited by ill-meaning individuals and some level of concern for the continuity of the projects.

Some of them being

1) Owing to the unregulated nature of this model, these projects aren't accountable to anyone hence the tendency to whatever they feel like doing even if it's against the project.
2) False sense of liquidity whilst in essence having none or very little to withstand a selling pressure thus adversely crashing down token prices.
3) huge tendency for a project to be a scam or not deliver up to its promises.
4) Flawed price discovery mechanism: The price of the first token is arbitrarily fixed by the people behind the project with 0% signal from the market usually causing instability once it interacts with the market.

Bonding curve offering to the rescue

At its core, the bonding curve is (often referred to as a mathematical formula defining) a set of instructions contained in a smart contract that enables users to mint/burn tokens and hence define the relationship between its price and supply. This whole mathematical relationship is based on the simple economic law of demand and supply.
As demand increases, more people buy(mint) the tokens which invariably increases token supply and in turn increases the value(price) of the asset and vice versa. 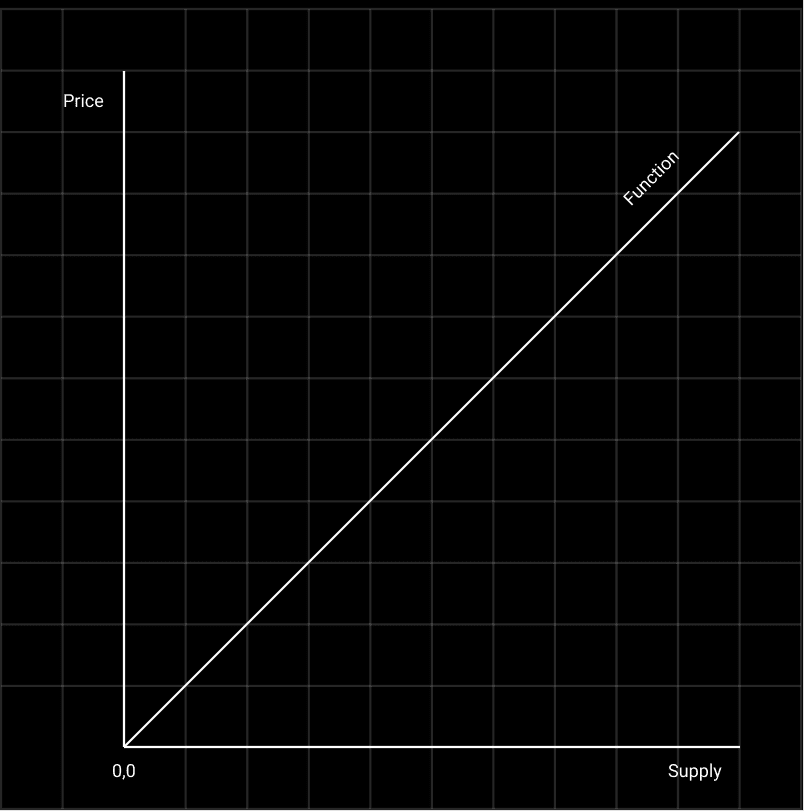 Core take away: price of a token is determined by its supply

Bringing this definition home to further explain how the IBCO Initial bond curve offering works towards start-up funding and correcting the loopholes created by the ICO model.

Here, interested individuals(liquidity providers) buy into a project/protocol by depositing a reserve asset (let us say Ether), and in exchange, the bonding curve would calculate under the current market condition the amount of native token to be minted and given to the user, strictly according to the mathematical formula contained in the bonding curve smart contract and vice versa.

The interesting part is, as this transaction gets executed, token supply is increased which influences token prices to also increase such that the subsequent buyer mints at a more higher
price than it was before, and vice versa. This process helps ensures token's price to be set deterministically by the market rather than arbitrarily by the project promoters. 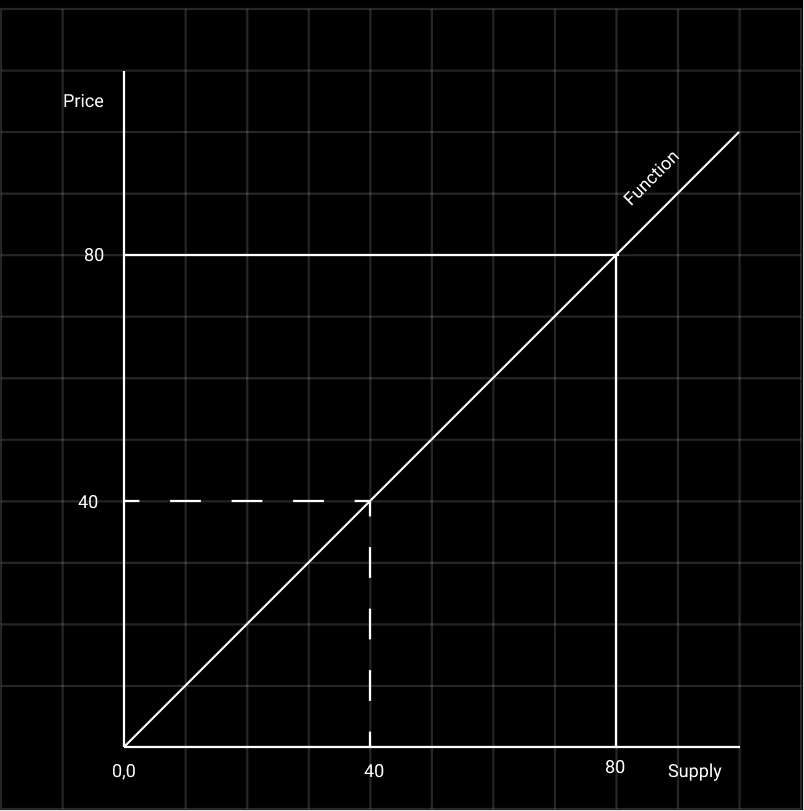 Liquidity is the measure of how easily you can convert an asset into cash or another asset, and it is essential for any tradable asset, now start-up projects can own their liquidity because of users ability to exchange their LP tokens (or reserve asset) for the project's native tokens at a discounted rate through the bonding process. As these LP tokens are locked in the bonding curve without being sold, there is the permanence of liquidity. Its also worthy to note that that is one of the reasons the newest cryptocurrency-related projects are flocking to Olympus dao which solves for liquidity problems by providing bonds-as-a-service for a small fee.

Reduces the need for a centralized entity and secondary market.

Ideally, before any seller could be able to sell, the seller would need to be matched with a buyer willing to buy and vice-versa, this process is traditionally supervised by a centralized entity using an order book. Automated market makers (AMM) differs, in that it is the protocol that powers all decentralized exchanges (DEXs), and an autonomous trading mechanism that eliminates the need for intermediation or centralized exchanges to match buyers and sellers. The smart contract through the bonding curve on the DEX such as uniswap mints tokens when buy orders are received and tokens are burnt when sell orders are received.

Since It's dynamic, supports the project's organic growth, and takes the community and its ecosystem into consideration, the overall growth of the project also influences the token value of the project thus mitigating self-seeking actions of some investors and individuals behind the project and incentivizing them into creating effective progressive developmental strategies for common good. And when a project doesn't have any commitment and isn't accountable to its community it simply gets weeded out.

The BCO models have helped mitigate the Arbitrary absurd initial prices fixed by individuals behind the project which usually results in sudden pumping and dumping of tokens crashing down its value.

This organization are governed by rules not influenced by a central authority, through this means, projects are made accountable to their community.

Bonding curve offering ensures that worthy projects are funded and their tokens fairly, efficiently, and transparently distributed to project adopters, also with the ability of custom-tailored formula in the bonding curve smart contract the possibilities are endless.
Existing protocols can also leverage this model as it offers exciting opportunities for token sale that goes beyond funding and ICOS etc.
The goal of the post is to help us understand the basics of this technical term, however, it can turn very complex especially when multiple variables are introduced.
For more additional information about the curves, shapes and meaning, I have provided additional resources below.

How to create the Metaverse?

Once suspended, ceonyema will not be able to comment or publish posts until their suspension is removed.

Once unsuspended, ceonyema will be able to comment and publish posts again.

Once unpublished, all posts by ceonyema will become hidden and only accessible to themselves.

If ceonyema is not suspended, they can still re-publish their posts from their dashboard.