There are 23 classic design patterns, which are described in the original book, Design Patterns: Elements of Reusable Object-Oriented Software. These patterns provide solutions to particular problems, often repeated in the software development.

In this article, I am going to describe what the Decorator Pattern is; and how and when it should be applied.

In object-oriented programming, the decorator pattern is a design pattern that allows behavior to be added to an individual object, dynamically, without affecting the behavior of other objects from the same class — Wikipedia

The main feature of this pattern is that it lets you attach additional responsibilities to an object dynamically (in runtime). Therefore, these are two problems that this pattern resolves:

To sum up, the decorator pattern allows add new behaviour to objects at runtime using aggregation instead of inheritance. The UML diagram of this pattern is the following one: 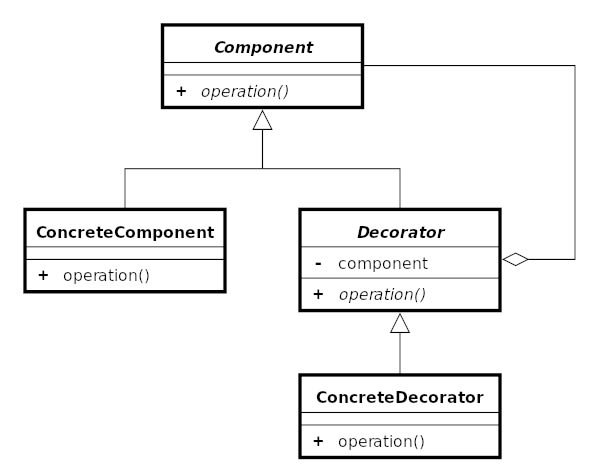 The Decorator Pattern has several advantages, summarised in the following points:

I will now show you how you can implement this pattern using JavaScript/TypeScript. Before applying the pattern it is interesting to be aware of the problem you are trying to solve. If you look at the following UML diagram, it shows the classic inheritance of three components (ComponentA, ComponentB and ComponentC) that inherit from a component (ComponentBase) which implements the Component interface. Each of these components implement a particular behavior and properties and different (respecting Liskov's principle of substitution).

The software evolves and we require objects that have the properties and behaviors of the different components. 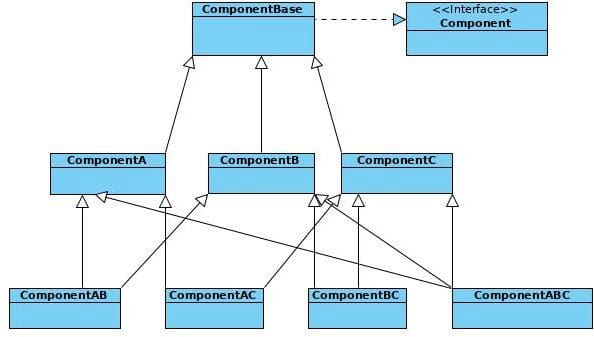 The first problem that arises is the appearance of a large number of classes. There is a class to relate each of the components to each other. If a new component ( ComponentD) appears then the explosion of classes continues to increase since the architecture of our problem is based on inheritance. Finally, a small improvement for the explosion of classes is to reorganize the inheritance of the classes so that all the classes inherit from a single class as shown in the last diagram related to the problem we are solving. 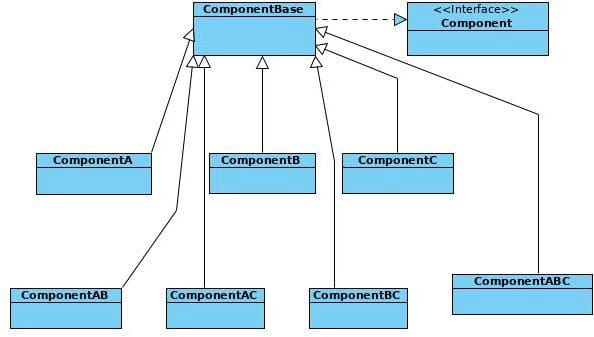 The Component and ComponentBase code associated are the following ones: 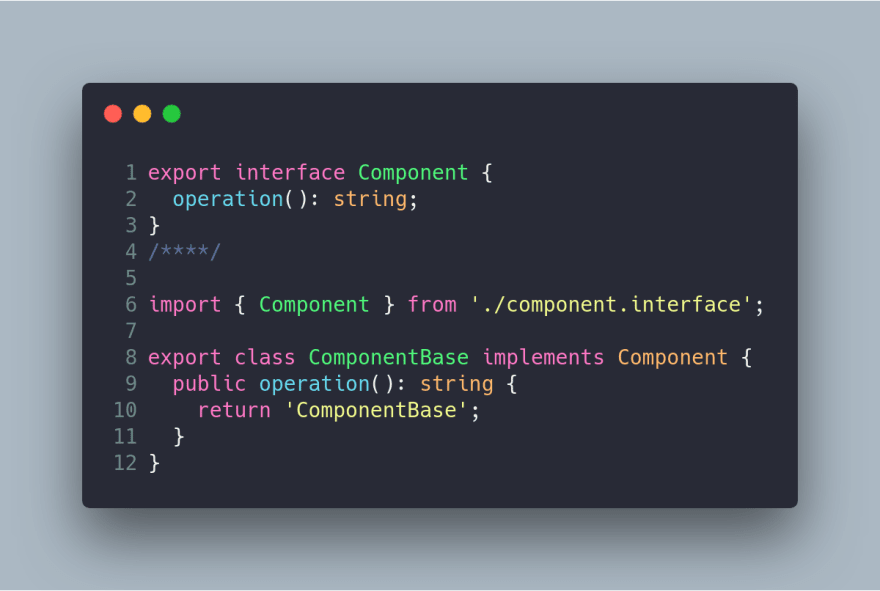 Finally, the code associated with each of the classes is the following: 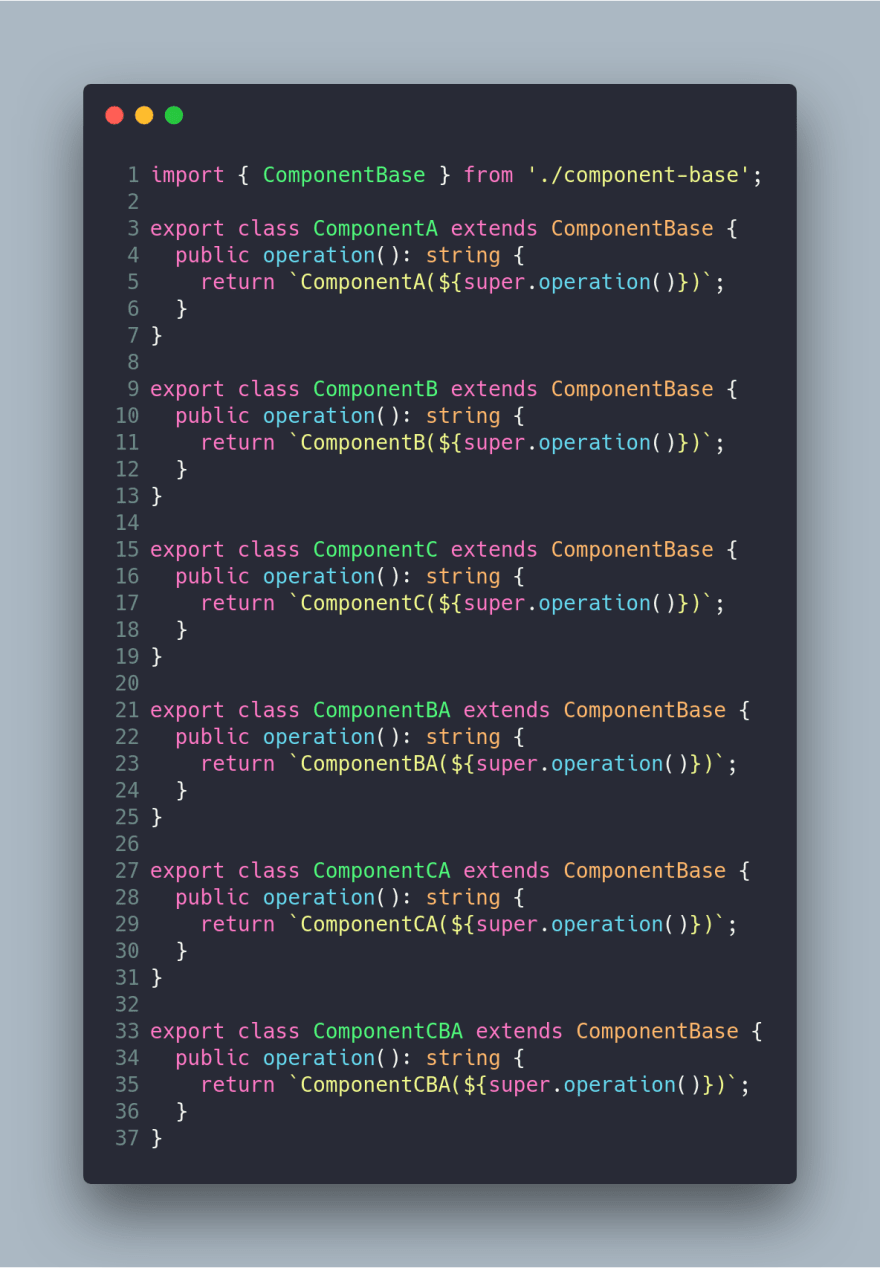 The solution is to use a decorator pattern. The new UML diagram using this pattern is shown below:

Therefore, the solution is to use aggregation instead of inheritance. In this pattern the Component interface is maintained, which defines the operations that the decorators and the concrete component must perform. Note that both the ConcreteComponent and Decorator class implement the Component interface. Apart from that, the Decorator class has an instance of Component using dependency injection. The note can be seen that delegation of responsibility is carried out or supplement behavior through the injected object.

Finally, each of the decorators implements a concrete behavior, which can be combined as desired. At this moment we are applying the principle of Single Responsibility since each decorator carries out a single task and has a sole responsibility.

We will now take a look at the code generated with the implementation of this pattern: 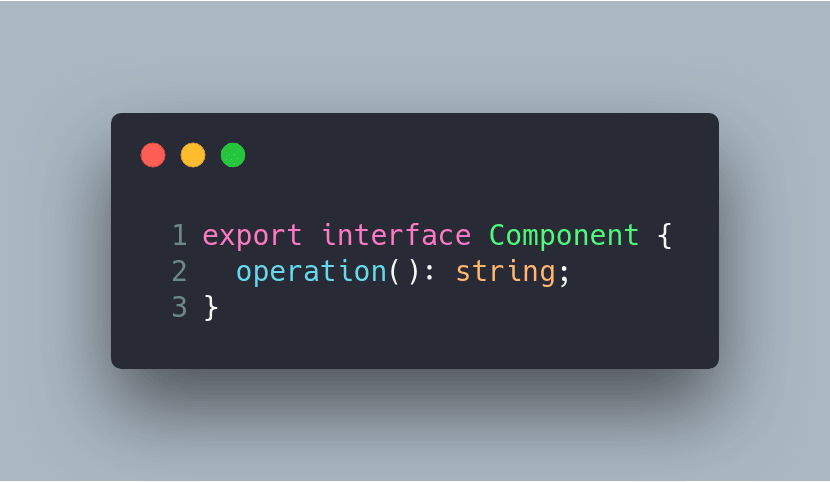 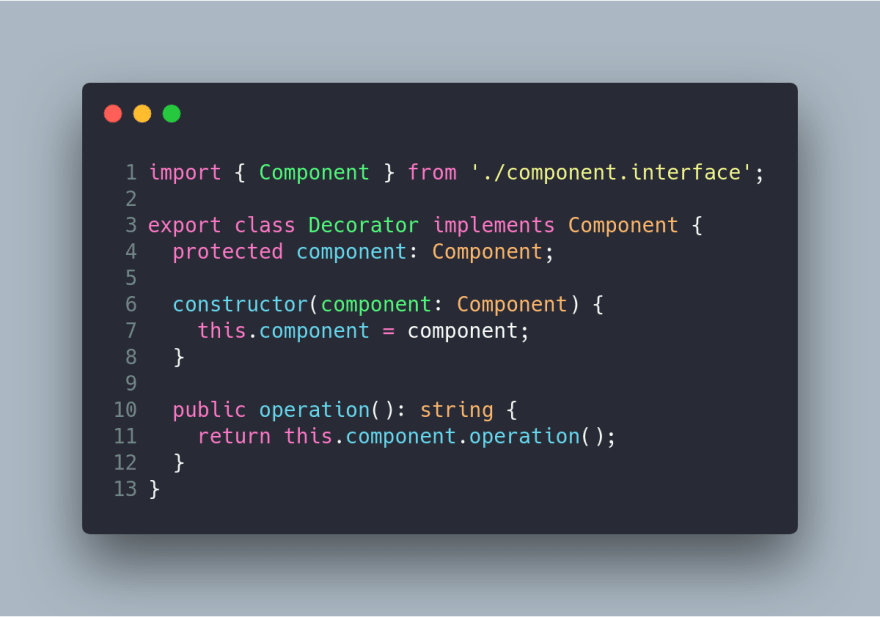 The code associated with the ConcreteComponent component which is the base class on which the decorators will be applied, is the following: 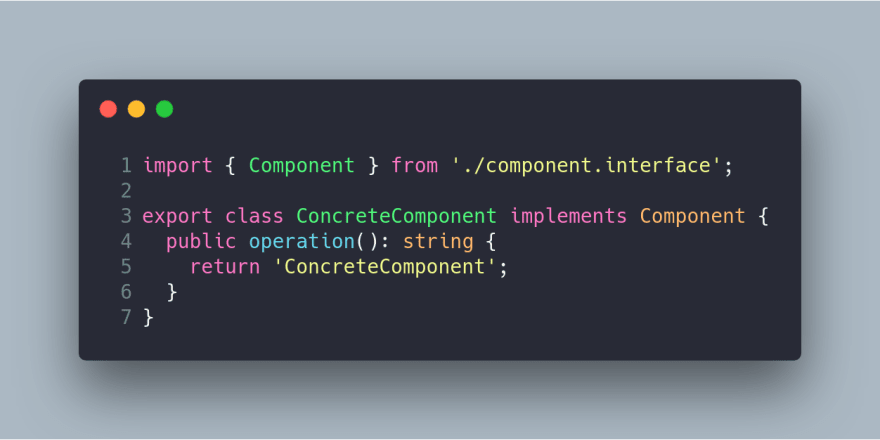 Finally, each decorator implements a single functionality such as the inheritance-based solution, but there is no explosion of classes.

Finally, each decorator implements a single functionality, exactly like when using the inheritance-based solution, with the advantage of not having the previous explosion of classes. 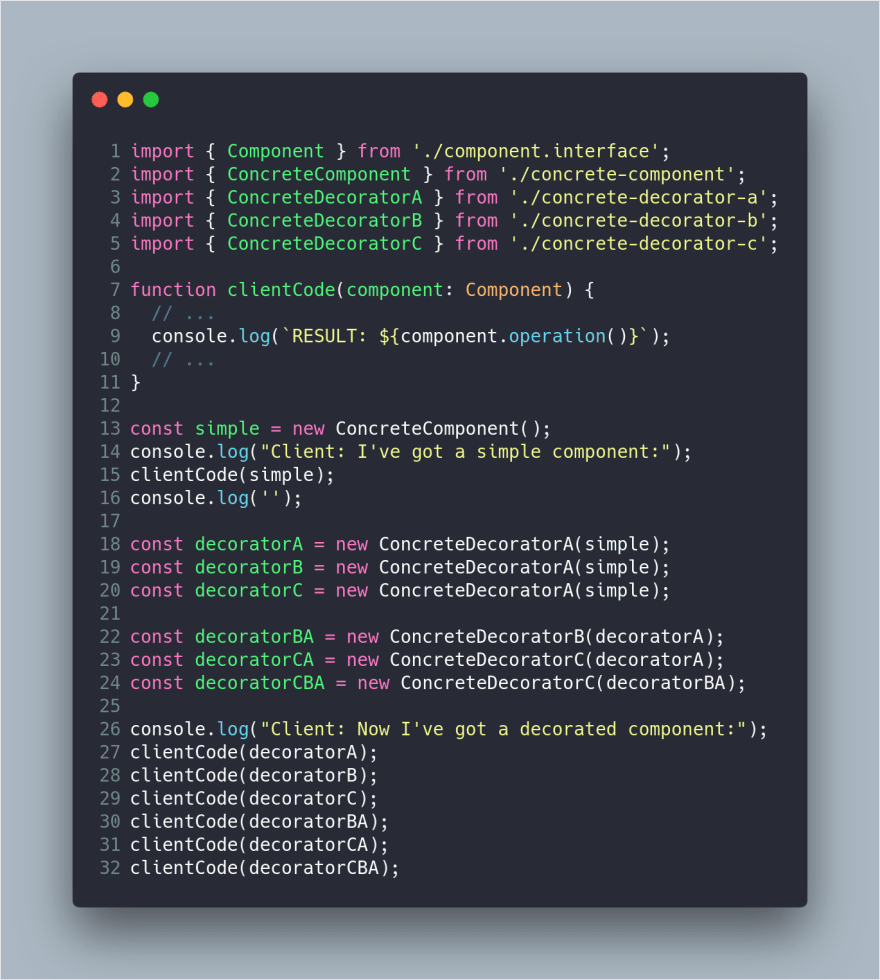 I have created several npm scripts that run the code’s examples shown here after applying the Iterator pattern.

Imagine that we have to simulate the long night battle of Game of Thrones (GOT) where we have the following preconditions: 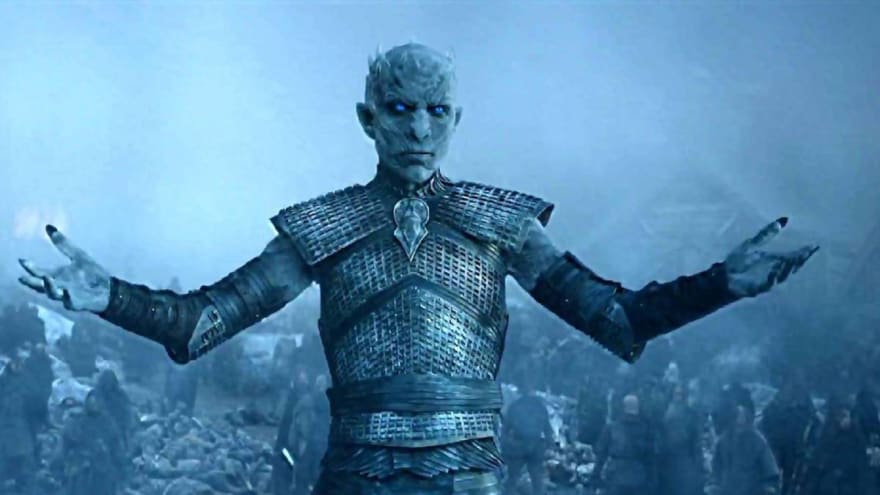 The decorator pattern will allow us to change the behavior of SimpleCharacter to WhiteWalker at runtime.

Instead of having several decorators with different functionalities, an example will be shown in which one decorator extends another ( LordNight extends from WhiteWalker).

In the following UML diagram you can see the solution proposed for this problem: 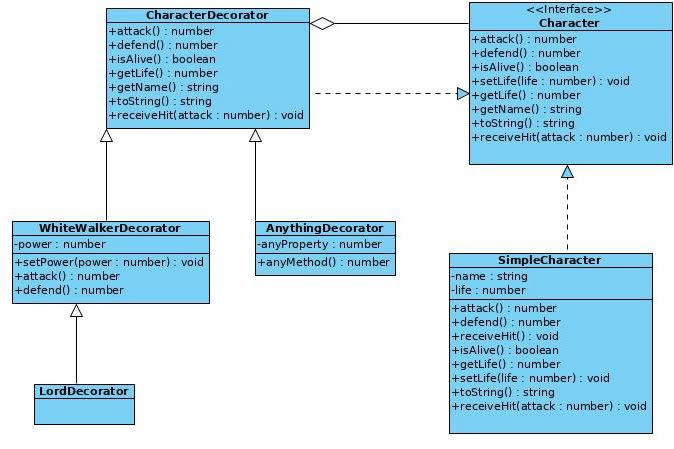 Alright, the first step is to define the Character interface that will be implemented by SimpleCharacter and CharacterDecorator, as you can see in the following code: 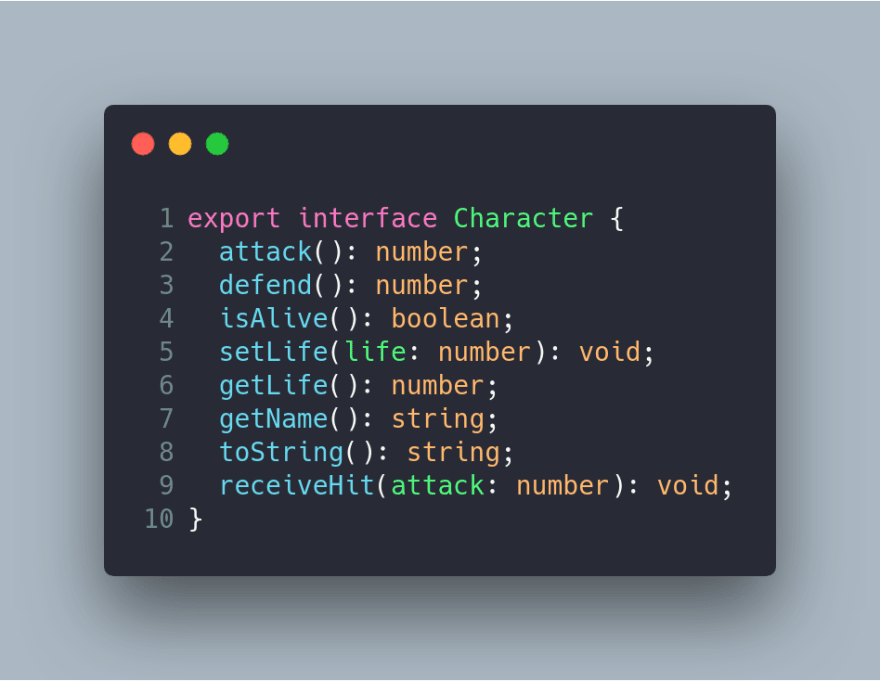 The class SimpleCharacter represents a basic character (human) to which we will be adding / modifying behaviors using decorators. 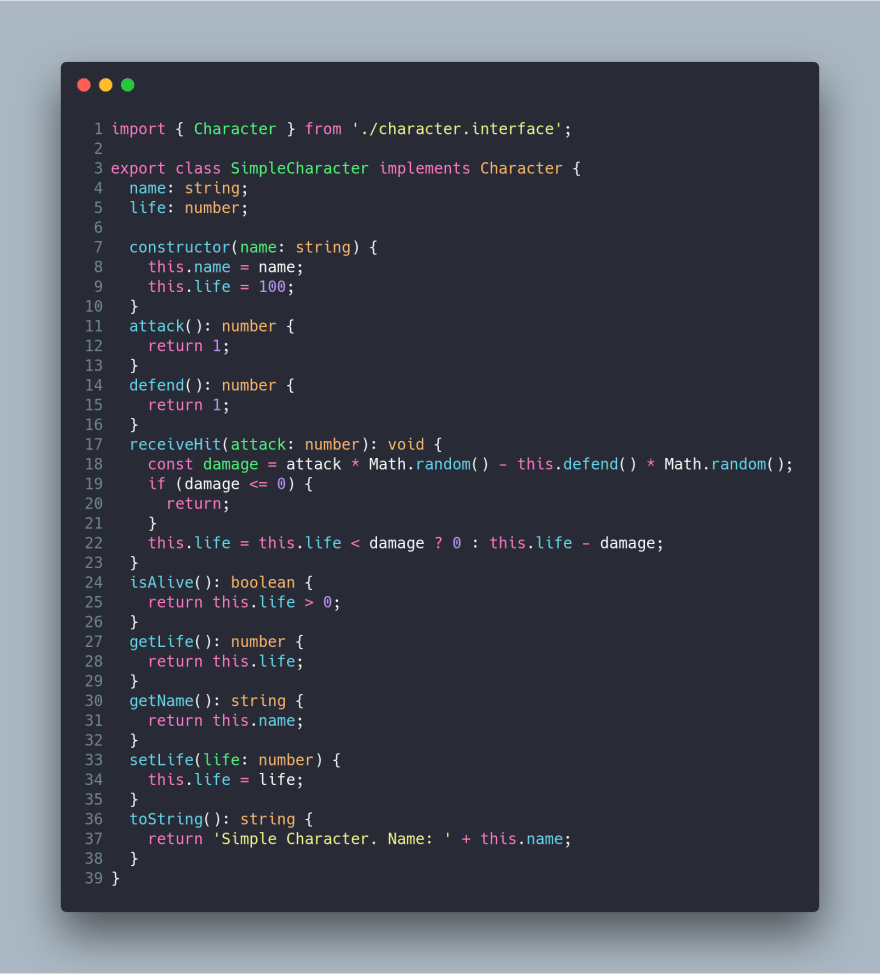 The method that will be used in the battle is receiveHit which calculates the damage for which a Character is weakened. This method will be the one that will tell us if we must transform a SimpleCharacter to WhiteWalker.

Therefore, the code associated to CharacterDecorator is the following which delegates the responsibility to Character: 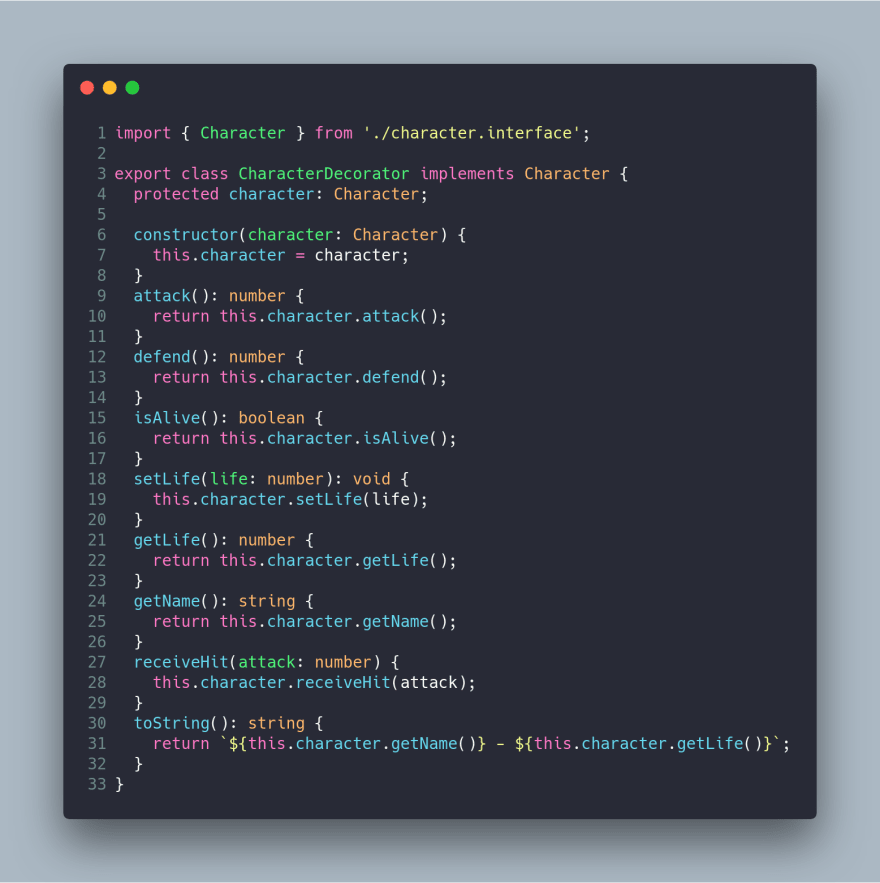 Now, we need to implement the concrete implementation of the decorators to resolve our problem. 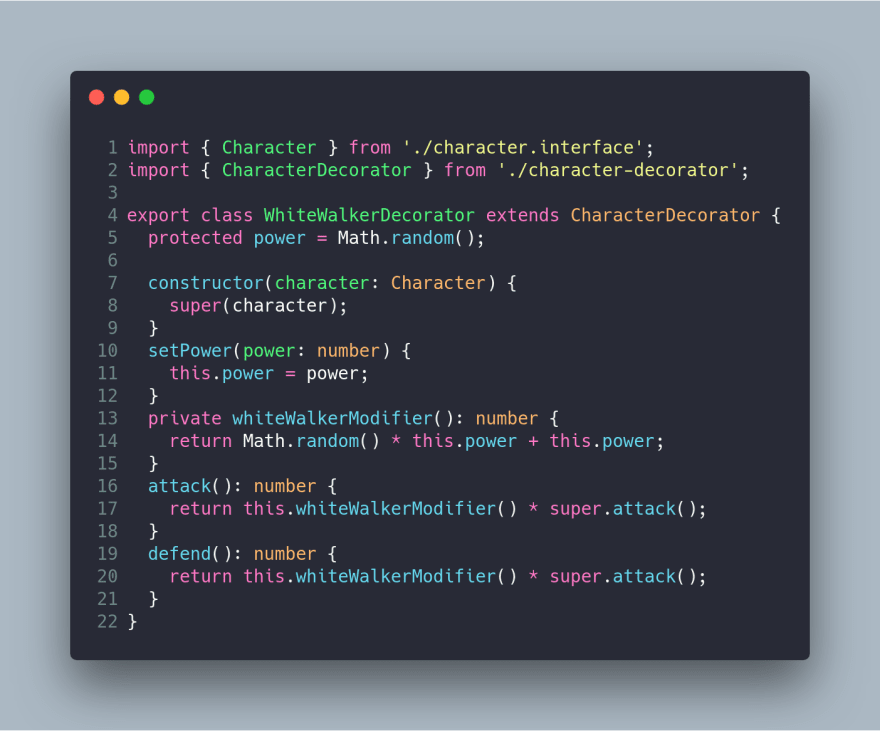 A WhiteWalker has a modifier in the attack that will always be less than that of a SimpleCharacter.

Finally, the decorator associated with the lord of the night inherits the behavior of a white walker to change the power and life of a SimpleCharacter at runtime. Note that we do not have a static class for this type of objects. That is, any basic character could be the lord of the night.

We only need to see the code associated with the client, where we have implemented a basic code that simulates the battle but what is really interesting is to see how the WhiteWalker decorator is applied at runtime on objects to change their behavior. 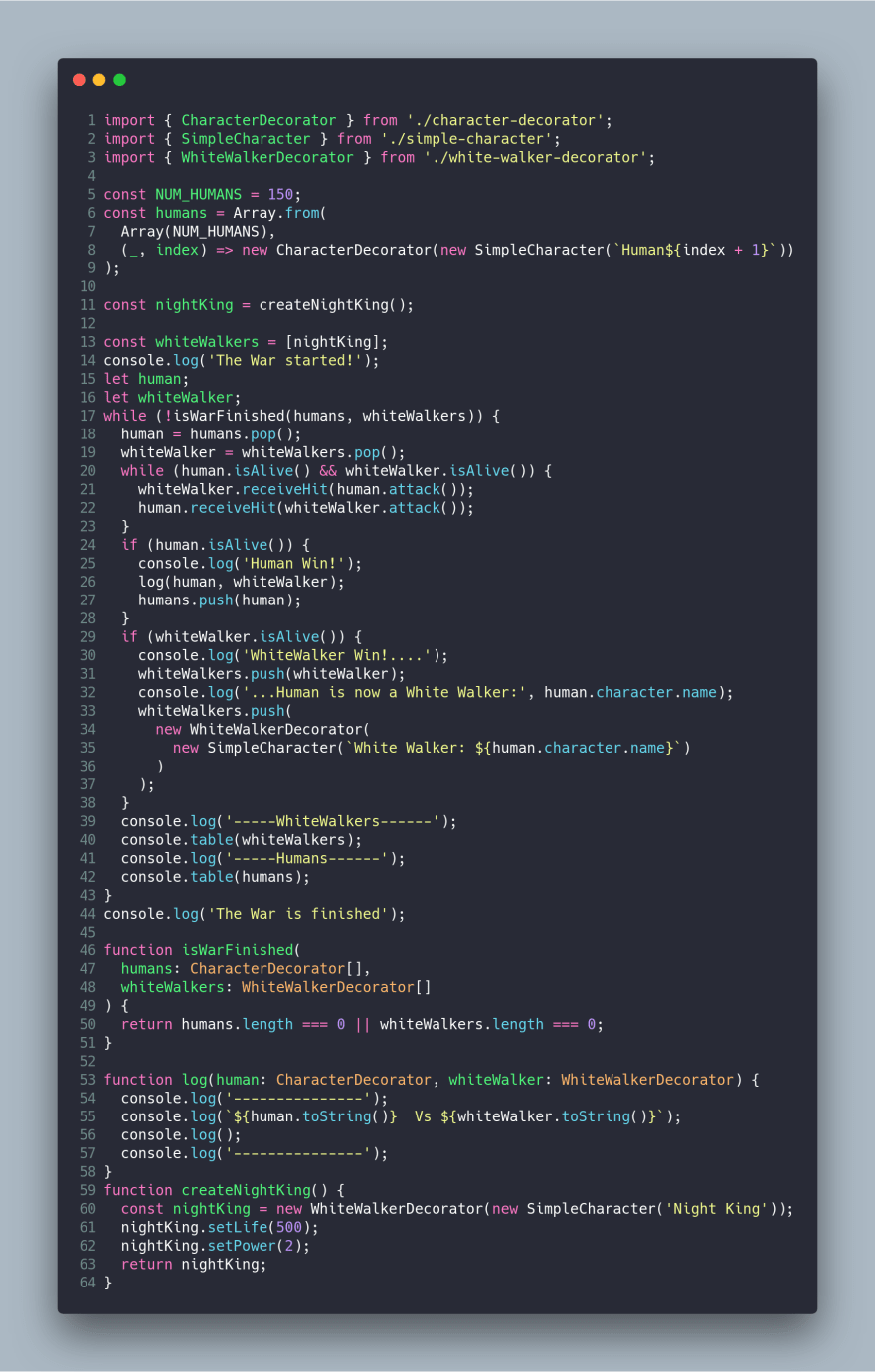 I needed an army of 150 humans to be able to defeat the lord of the night. Something more interesting than in the real series :-P. I hope that you have been able to observe the power that the decorators provide us with, especially regarding the explosion of classes.

However, a bad use of decorators can lead us to the current problem that exists with this pattern since it is being used in excess instead of creating classes or applying another pattern that is better adapted to the circumstances of the problem.

I have created an npm script that runs the example shown here after applying the Decorator pattern and a CLI interface.

The decorator pattern can avoid having an explosion of unnecessary and rigid classes in your projects. This pattern allows us to change the behavior of an object at runtime and allows us to apply two famous principles, such as Single Responsibility and Open/Closed.

You can avoid having an explosion of unnecessary and rigid classes in your projects. This pattern allows you to change the behavior of an object at run time and allows you to apply two famous

The most important thing is not to implement the pattern as I have shown you, but to be able to recognise the problem which this specific pattern can resolve, and when you may or may not implement said pattern. This is crucial, since implementation will vary depending on the programming language you use.

Originally published at https://www.carloscaballero.io on June 29, 2019.

Do you need a State Management Library?